Home > Local > COVID Crisis: The Black Press is Doing What It Does – On Budgets Spread Thin

COVID Crisis: The Black Press is Doing What It Does – On Budgets Spread Thin 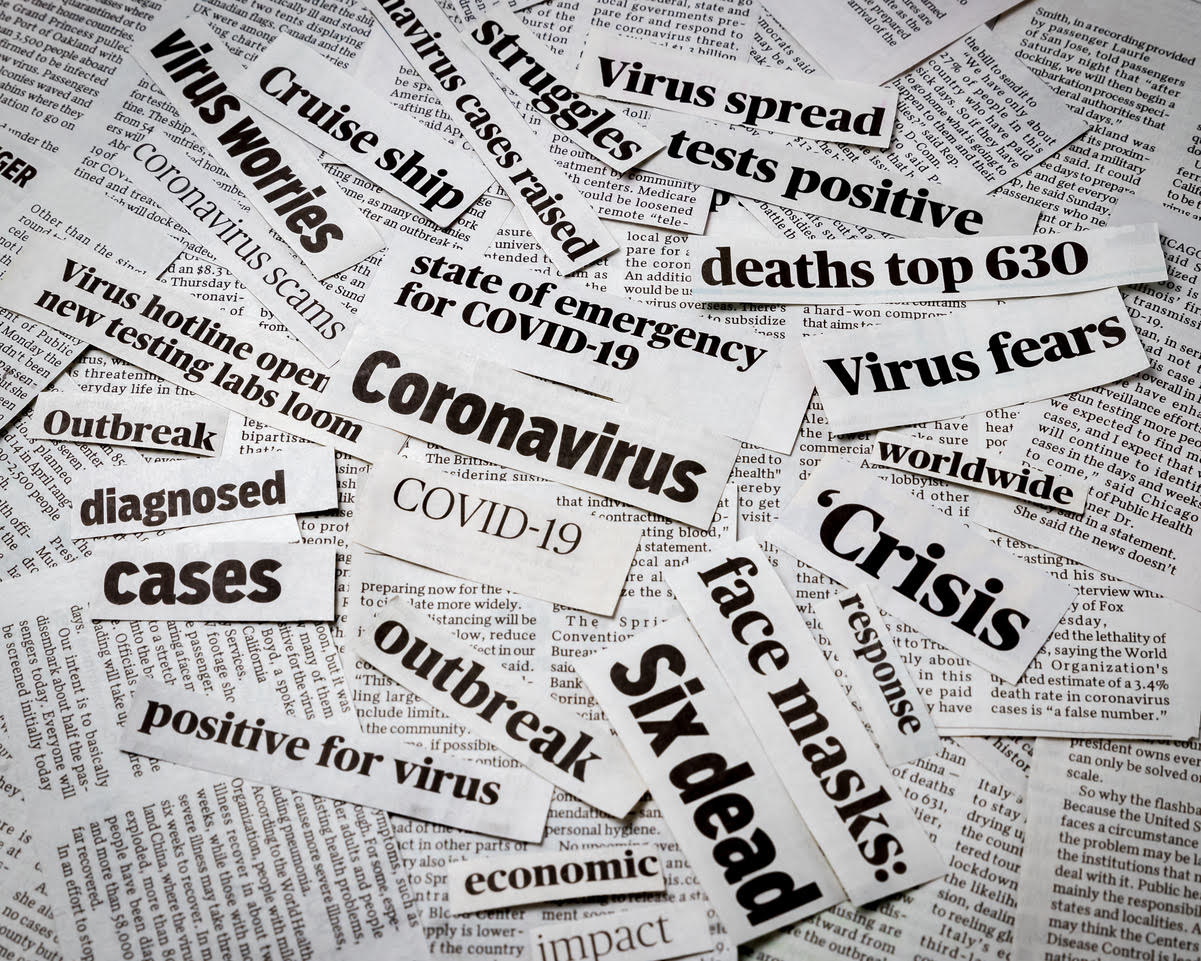 In 1827, before slavery ended, prominent freed African Americans in the North gathered in the New York City home of Boston Crummell, a social reformer and former slave. They assembled to seek solutions on how best to communicate and register their views on economic, social, and political issues and injustices that were challenging their respective communities.

Recognizing that Blacks lacked access to public print media, the Rev. Samuel Cornish and the Rev. John B. Russworm bonded and emerged from within that assembly with a plan: To produce the nation’s first Black newspaper titled The Freedom’s Journal. In the first issue they proclaimed, “Too long have others spoken for us. We wish to plead our own case.”

Now, 193 years later, approximately 200 Black newspapers have followed the path taken by Russwurm and Cornish. Today, those publications are still collectively pleading our cases and giving voice to our causes. Through all of history’s ills, the Black Press has proven resilient.

But in 2020, COVID-19 has been a menace like no other, threatening to silence the voice of the many African-American newspapers that were already fighting so hard to be heard.

Numerous Black Press publications are family owned and operated with proprietors serving as second and third generation publishers. Throughout the nation, they produce weekly print news and compete tirelessly with larger conglomerate-owned dailies for advertising dollars to stay afloat. After pandemic worries increased and governors across the country enforced stay-at-home orders, print media, like most other businesses, became severely impacted. Advertisers pulled back on placements, brutally cutting the papers’ revenues.

California U.S. Congresswoman Karen Bass (D-CA-37) has been pushing for Black and other ethnic-owned media to receive federal stimulus funding to prop up their operations during the coronavirus crisis. Her district covers Culver City, Inglewood and parts of Los Angeles, including Baldwin Hills, Crenshaw, Ladera Heights, Leimert Park, Hyde Park and more.

“Many communities of color rely on their local newspapers or radio stations — oftentimes these outlets are in a language other than English — for information,” Bass, who is chair of the Congressional Black Caucus wrote in a letter to the United States congressional leadership in April, advocating for African American and ethnic media. She co-signed with chairs of the other ethnic caucuses: Rep. Joaquin Castro (D-TX-20) Hispanic Caucus chair ; Rep. Deb Haaland (D-NM-1), Native American Caucus co-chair; Rep. Judy Chu (D-CA-27), Asian Pacific American Caucus chair.

“So many outlets across the U.S. are providing valuable information,” the letter continued.

According to Marketing Charts, a data research firm, African Americans make up 13.4% of US consumers, but only receive 1.4% of advertising buys targeted toward media.

Dr. Benjamin F. Chavis, president of the National Newspaper Publishers Association stated “Across the nation, the Black Press of America, represented by the National Newspaper Publishers Association (NNPA), has been financially negatively impacted across the board as a result of COVID-19 due to severe reductions in local, regional and national advertising dollars targeted toward Black America. Yet, the Black Press has a history of resilience and many of the NNPA member newspapers are striving to endure and to survive the disproportionately deadly impact of COVID-19 on Black America.”

The abrupt decline in targeted revenue has forced publishers to look beyond the traditional ways of print news and standard website posting; and get creative with ways in which they can continue reporting while ensuring that the health of both their journalists and businesses aren’t compromised.

Larry Lee, publisher of the Sacramento Observer, is one of 17 Black newspapers based in California. When orders went into effect, Lee did not hesitate to make the safety and well-being of staff his foremost priority. “[The newspaper is] a people driven business,” he shared. “One of the first things we did was to make sure my reporters and photographers were practicing appropriate steps, social distancing, and working from home. Making sure they’re safe.” When this became standard, they began visiting ways to stay connected to their readers.

Many of the Sacramento Observer’s distribution sites throughout the city have closed, impacting how readers are able to purchase copies of the newspaper. Instead of counting the losses, Lee focused on encouraging readers to get short-term subscriptions. “We are [also] subscription-based, so we still mail out the paper through the postal service,” he said.

In addition to promoting subscriptions, Lee has found ways to increase engagement through things like the implementation of video discussions on the publication’s social media platforms.

As a weekly, competing with the continuous mainstream pandemic reporting has made delivering what would be breaking news challenging. “While content is heavily geared towards the pandemic, we try to make sure we have a good balance of stories that aren’t just about the doom and gloom, [but address] the health and concerns of our community,” Lee said.

In San Diego, Dr. John Warren, publisher of the San Diego Voice & Viewpoint Newspaper has seen no shrinkage in his 60-year-old business’s workload and revenue. When the stay-at-home orders were enforced, Warren immediately shifted newspaper deliveries to local food distribution sites, partnering with organization who are servicing the community. Warren, like many publishers who offer digital subscriptions, selected to drop his website paywall to make accessing the newspaper online free.

Other publications have not been as fortunate. Brenda Andrews, publisher of Norfolk Virginia’s New Journal and Guide, released a statement to her readers that she would be suspended until further notice.

“It is not business as usual. Advertisers have cancelled scheduled placements, and distribution locations, including small business and churches are closed. As Publisher, my greatest concerns at this time are for the health and safety of my staff and their families and for the economic viability of this business affected adversely by the global health crisis. We fully expect to rebound from this temporary setback and to resume serving our community that has supported us the last 120,” the statement concluded.

In the last two months, grants have been made available through funding sources like the Facebook Journalism Project COVID-19 Local News Relief Fund for US local news organizations. The money has enabled them to continue serving communities during the coronavirus outbreak.

Although some Black-owned publications have been able to attract funding through investments, loans and grants, the majority of them are struggling to keep the lights on, trying not to collapse under the mounting weight of the COVID-19 recession.

All of them are seeking innovative ways to keep providing vital information to their primary audiences who overwhelmingly live in census tracts of the country that are most underserved based on any metric.

The letter to leaders of both parties in the U.S. Senate and House of Representatives argued that ethnic media in communities across the country play a critical role in providing vital information to the public about the global pandemic.

“Many of these already endangered outlets, are now in danger of disappearing altogether due to the COVID-19 pandemic. As African American, Latino, Asian Pacific American and Native American communities experience the disproportionate impact of COVID-19, we ask that you prioritize ethnic media and local media outlets that serve those communities,” the letter read.