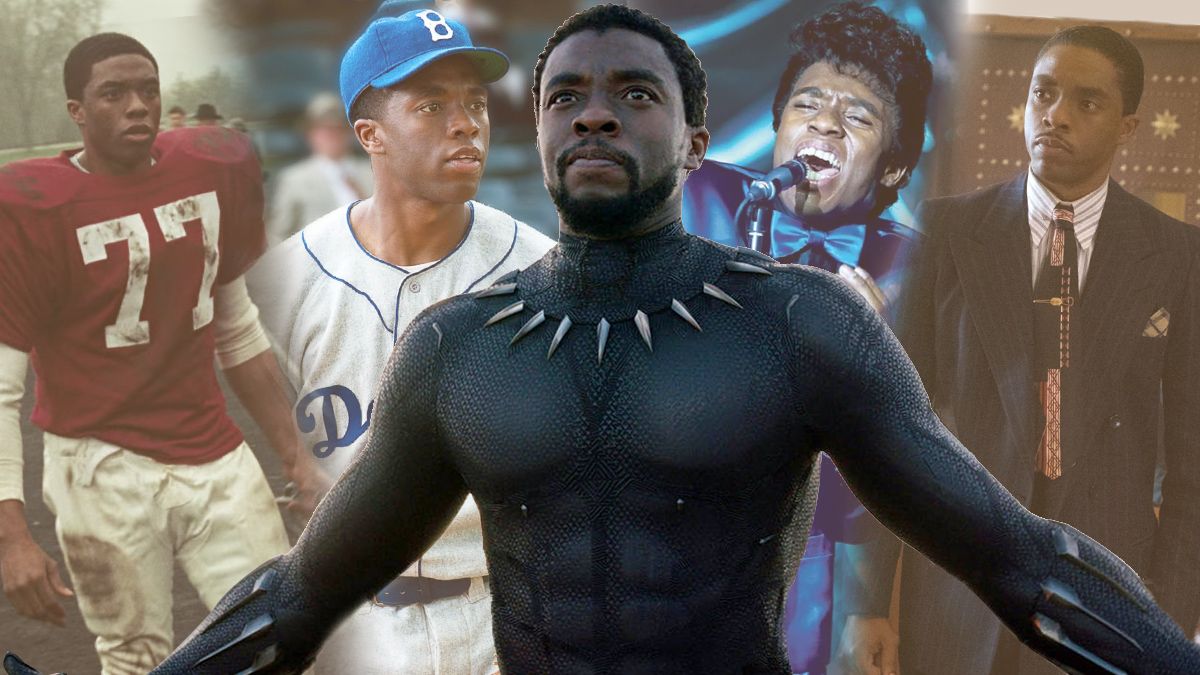 It seemed like a “normal” Friday night—or as normal as any day could be in 2020—and all of a sudden, the world was met with a crushing blow. A universal, downcast silence seemed to fall as we watched our smartphones in sheer disbelief and the realization crept into our consciousness: Chadwick Boseman was gone.

We were shocked. We were stunned. We were heartbroken. We were gutted. We screamed into a void. We were frustrated. We were angry. We felt all of those feelings and more—at once.

Then, something amazing happened. We started to see and share an influx of stories, memories and pictures—all related to Boseman and how his very existence impacted so many. It was in that moment we knew that not only is Wakanda forever…but Boseman is, too.

In my inexplicable mission to dive deeper into the abyss of melancholy, I decided to listen to Whitney Houston’s “Who Would Imagine a King” from The Preacher’s Wife soundtrack because I couldn’t get it out of my head, particularly the line, “That the world would be different ‘cause you were alive.”

For anyone who had any doubts as to whether you did “too much” to celebrate Black Panther, you didn’t. It’s devastating to come to grips with the fact that even the very thing we’ve associated with Black joy and escapism from reality is now interconnected with grief and mourning. Still, there was something beautiful about reminiscing on that moment.

It felt amazing recounting the moment in Avengers: Endgame when T’Challa’s silhouette could be seen in the portal’s light and the crowd erupted in a theater-shaking triumph. It proved that Black Panther is an extremely beloved character—specifically, Boseman’s Black Panther is beloved.

In fact, ABC managed to craft a heartwarming tribute to Boseman during the Black Panther screening the network hosted on Sunday, which was impressive given the short amount of time they had.

T’Challa was Wakanda’s king and Boseman—through his unforgettable performances—became the people’s king.

Boseman was a private person. Rather than speculate on why he chose to keep his cancer battle to himself (as I respect his autonomy and agency), I focused my energy on reading the beautiful words from those who knew him. From the peers who got to meet and engage with him to the Avengers who assembled in his honor, it was clear that Boseman’s energy was pure love.

Of course, the Black Panther squad’s words stood out in a special way, with each becoming more emotional to read.

“Take care, brother,” Sterling K. Brown wrote in an Instagram caption, accompanied by a beautiful video. “Your time was short. Your light was exceptionally bright. Thank you for shining for all of us.”

“I pay tribute to a beautiful spirit, a consummate artist, a soulful brother…”thou aren’t not dead but flown afar…’” Angela Bassett wrote.

“He made everyone feel loved, heard and seen,” Danai Gurira wrote. “He played great, iconic roles because he possessed inside of himself that connection to greatness to be able to so richly bring them to life. He had a heroic spirit, and marched to the beat of his own drum; hence his excellence as an artist and the incredible courage and determination as he faced life’s challenges; while still guiding us all.”

“Chadwick then proceeded to show us collectively everyday on set what it was to be a leading man,” Winston Duke wrote. “Not only through his work but by how he welcomed and created a space for all of us to feel safe, open and bold.”

“It is with a heavy heart and a sense of deep gratitude to have ever been in his presence, that I have to reckon with the fact that Chad is an ancestor now,” director Ryan Coogler wrote in a statement.

Marshall co-star Josh Gad also shared a few lovely memories he shared with Boseman, including the very last text the late actor sent him, titled “Catch the Rain,” which served as a poignant lesson for life.

Speaking of which, Boseman routinely left us with wise words to take with us on our own journeys, often incorporating his own life into the message.

Also, it was nice to review footage of the many times Boseman had fun on set, during an interview, at a party, and even took moments to make fun of himself.

Then, there’s me. I absolutely didn’t know Boseman as a person, but people often ask me my impressions of a celebrity once I meet them. With him, I was faced with something I’m often faced with during interviews—asking the tough questions. It’s my job. It’s my responsibility. I went into the 21 Bridges junket with a standard bit of anxiety, knowing that my first time meeting him could be met with tension. The interview came and went like a blur and after processing the whole experience, I came to one ultimate conclusion: he is so kind.

Not only did he answer the question with an earnest demeanor, but he opened up about his own experience with police in a way that made me feel connected to him. He also seemed to envelop the room in his own aura and sense of calm and collective cool. It wasn’t until reading different accounts by other reporters, journalists and writers who had interviewed him that I truly realized how much of an anomaly this wasn’t. This is just who he was.

There’s a reason why I don’t even have the room or bandwidth to list every single social media post that reflects the gargantuan impact Boseman had on this world. The tributes are endless and are still actively increasing as I type this blog.