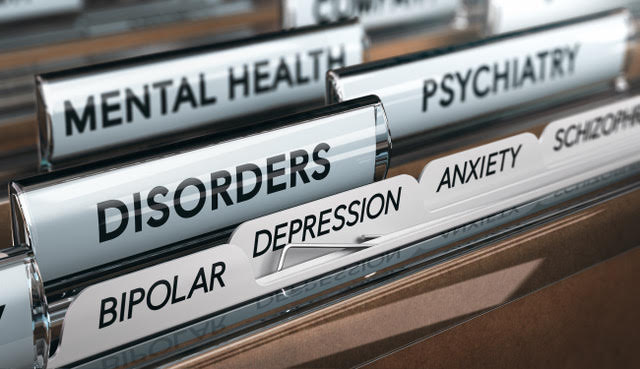 Over the last two months, Gov. Gavin Newsom has met with some of the state’s counties to promote CARE Court.

CARE Court – the acronym stands for Community, Assistance, Recovery and Empowerment – is a

mental health framework the state created to help people who are suffering from mental illness and Substance Use Disorder by providing alternatives to arrests and jail if they have run-ins with the law.

Newsom announced the initiative at a press conference in San Jose last month. At the event, the governor said the new statewide initiative will receive funding from his administration’s multi-year mental health budget proposal totaling nearly $10 billion per year in behavioral health programs and services.

health and substance use disorders,” said Newsom. “We are taking action to break the pattern that leaves people without hope and cycling repeatedly through homelessness and incarceration. This is a new approach to stabilize people with the hardest-to-treat behavioral health conditions.”

Some counties in various parts of the state already have Similar similar programs called collaborative courts focusing on specific problem-solving solutions for offenders have already been established in a number of counties across the state.

“In some counties these courts have demonstrated very positive outcomes. They are most successful in communities that are not obsessed with over-policing and harsh punishment,” said Bankhead.

through these types of courts, asserted that the model has been helpful in his community.

“In our three mental health treatment courts in Sacramento, which serve between 150-200 participants at any given time, it would be a conservative estimate that well over half of those coming into our courts are either homeless or have housing instability,” said Brown.

“Based on our experience, if a person can be connected to meaningful treatment services, coupled with judicial oversight, there can be a profound impact on recidivism and hospitalizations,” he continued.

Rhonda Smith, executive director of the California Black Health Network, is pleased to see the gap that CARE Court is closing but she is concerned about people the criminal justice program might miss.

“If someone doesn’t pass the screening test, what happens to that person? What kind of safety net is there for them?” Smith asked.

Bankhead believes CARE Court is a necessary measure in a society that has been rethinking crime and punishment.

“In a humane, civil society members take into consideration disabling health considerations without punishing people for consequences of illnesses beyond their control,” points out Bankhead.

“A CARE Court should result in lower costs for custodial care of people who have caused harm as additional resources and treatment alternatives will mean fewer people serving time in county jails and state prisons for charges that are essentially health violations,” continued Bankhead.

According to the Federal Bureau of Prisons, Black people make up almost 40% of the nation’s incarcerated population, although they account for are about 13% of the population.

In California, the imprisonment rate of Black men alone is almost ten times higher than the rate for White men, according to numbers provided by the Public Policy Institute of California.

“Because of the disproportionate incarceration of Black, indigenous and other people of color we would expect overall reductions in incarceration rates with accompanying improvements in community health and wellbeing,” said Bankhead.

“In CARE Court the criminalization of young Black men and women will hopefully be eliminated, shifted and lifted as seriously mentally ill people of color will be evaluated more comprehensively for mental illness and offered real support, treatment, alternatives and opportunities to heal,” she continued.

Experts estimate that about 10% to 25% of the nation’s prison population suffer from severe mental illness and 42% struggle with substance addiction.

between 2009 and 2019. During that same period, the yearly average of daily intakes of open mental health cases increased by 62%.

The U.S. Department of Housing and Urban Development estimated in 2015 that 45% of the nation’s homeless population suffered from mental illness.

“There’s nothing compassionate about continuing to allow the current cycle of homelessness and incarceration to continue. My Administration will continue hosting CARE Court roundtables across the state listening to impacted Californians and stakeholders about their experiences and needs,” Newsom said.