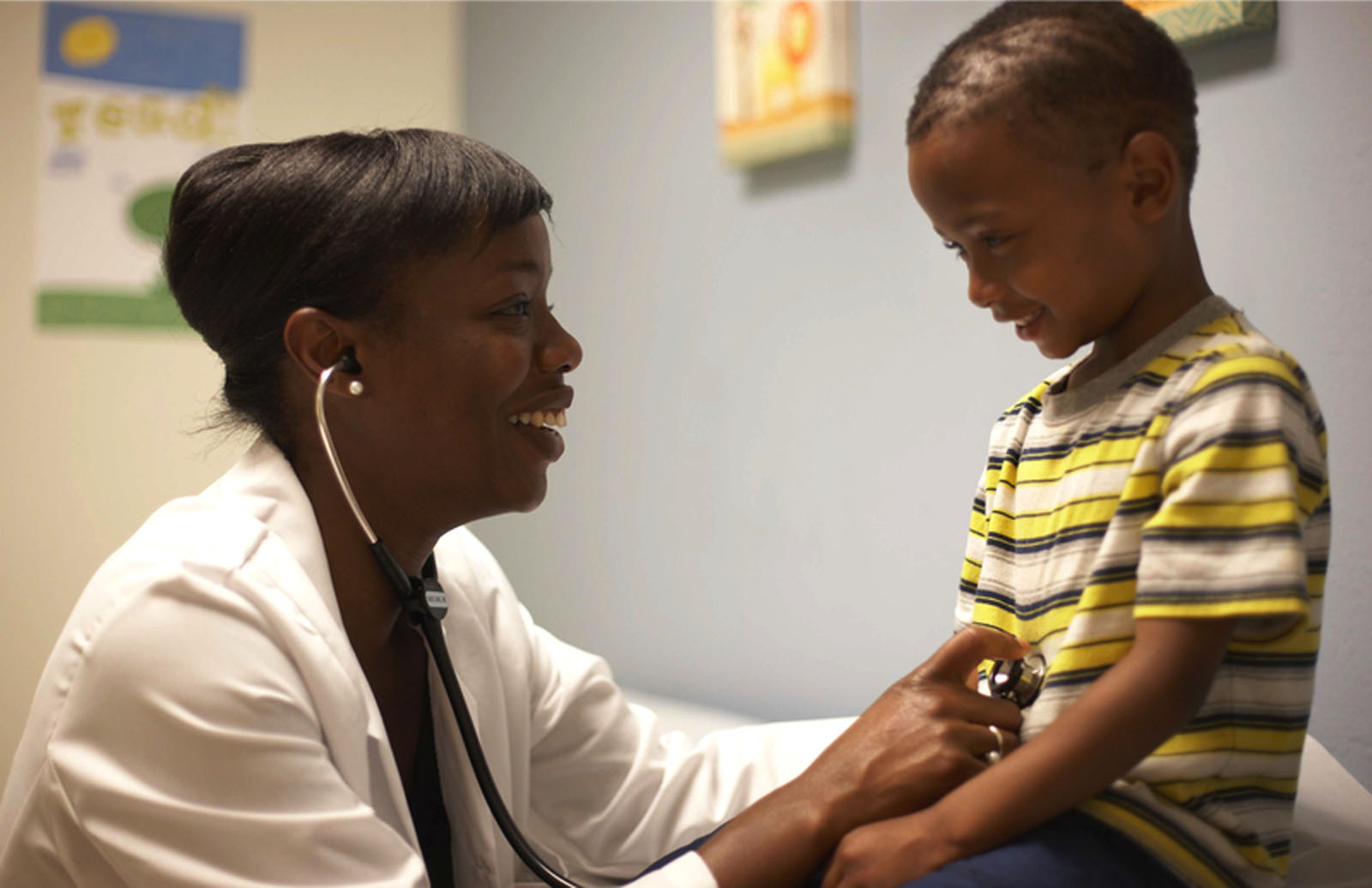 Not long after she finished her medical residency at Stanford University about a decade ago, Nadine Burke Harris got to work as a pediatrician in the Bayview-Hunters Point neighborhood of San Francisco. She founded and became CEO of a clinic there, focused on addressing health disparities in the community.

It was in talking with those children and their families, she says, that she first realized how many of her patients experiencing the worst health outcomes — those with the highest levels of chronic asthma, for example — were also living with significant adversity, such as growing up in a household where a parent was mentally ill, abusive or substance dependent.

Eventually, those conversations led her to the expanding research on adverse childhood experiences, or ACEs, and their profound, lifelong health effects. The term “ACEs” has been used since the 1990s to describe the abuse, neglect and other potentially traumatic experiences estimated to afflict more than 34 million U.S. children under 18.

Burke Harris has dedicated much of her career to spreading the word to fellow doctors and the public about ACEs and the dangers of this toxic stress to children. She champions a multidisciplinary approach to helping these kids and teens.

In an interview last year, after her book, The Deepest Well: Healing the Long-Term Effects of Childhood Adversity, was published, Burke Harris told NPR’s Cory Turner, “We all need to be part of the solution. If we each take … our little piece, it’s nuts how far we’ll be able to go, together as a society, in terms of solving this problem.”

California Gov. Gavin Newsom took Burke Harris up on her challenge, appointing her the first-ever surgeon general of California. Newsom cites the toxic stress of childhood trauma as among the root causes “of many of the most harmful and persistent health challenges facing Californians.”

I recently spoke with Burke Harris about her work and about what it means to her, particularly as a black woman, to serve as her state’s first surgeon general — one of only three such positions in the United States.

On the role of racism and discrimination in high maternal mortality, particularly among black women, who are three to four times more likely to die in childbirth than white women.

Health equity is one of the priority areas for my role. I’m currently working to understand better what the California Department of Public Health’s approach has been on addressing this issue. I also want to get a better understanding of what the drivers are behind what we’re seeing in maternal mortality and to see [to] what extent we can understand the impact of toxic stress and cumulative adversity.

My strong suspicion is that there is a connection, but right now I am working on pulling together the resources to be able to take a deeper look at questions like that and how [my office] might work together with other offices to support the statewide response.

On the possible links between childhood adversity and homelessness

When you look at the biggest drivers of homelessness in California, domestic violence is a major driver, as well as mental health and substance dependence issues. When you look at the impact of childhood adversity on all three of those issues, it’s massive.

What I’ve been hearing over and over again on my listening tour around the state is that childhood adversity is a “root cause issue.” So I think we have a tremendous opportunity to get at the root of the root and make some changes in the way our systems work. For example, beginning with universal screening for ACEs and figuring out how we are developing a coordinated response, so children and families can get the support that they need in a two-generation fashion.

Even though I’m the surgeon general for California, I believe we should be doing early identification and early intervention globally. That was the work I did in my previous role, and I feel in my current role I have an opportunity to be a champion of that. [Recently] I was in Virginia meeting with the first lady of Virginia and the secretary for health and human services in Virginia about the importance of ACEs screening and early identification.

Let’s go back to the maternal mortality issue. One of the biggest drivers of maternal mortality is increased risk of chronic conditions, such as heart diseases, diabetes, etc. We know that childhood adversity dramatically increases the risk of [those kinds of chronic conditions]. What would it be like if every OB-GYN in the country were able to do some type of assessment of cumulative adversity of the patients they were caring for, assessing their risk and being able to proactively do interventions to support and protect the health of their patients?

When I was in high school, my aunt, who is a physician in Chicago, took me to a “black women in medicine” conference. I remember looking around the room and being like, “Holy moly!” Because, I mean, it was a whole ballroom filled with black women in medicine. And that really had a lasting effect for me. I do believe that if we can see it, we can be it. And growing up as a black girl in the United States, I certainly faced my share of obstacles on the way. So it’s very, very meaningful to me to be able to stand in this role as an immigrant. My family came from Jamaica to the U.S. As a woman and as a woman of color, it’s something that I’m very proud of.

On inspiring the next generation

When I first came into the role, my first week on the job, one of my first speaking events was one put on by the black caucus in the California legislature. And as I was getting up to set up my slides and preparing — I had arrived early — there was a young boy who came up to me. And he was maybe 9 years old. And he came up to shake my hand and say hello. He said, “I just wanted to meet you. My mom took me out of school today so that I could meet the first black surgeon general of California.” It’s memorable. It makes me proud to be in this role. And I know that it was meaningful for that child and meaningful for his mom.

Erika Stallings is an attorney and freelance writer based in New York City. Her work focuses on health care disparities, with a focus on breast cancer and genetics.