California Legislators Fight Back Against Roe Vs. Wade Reversal 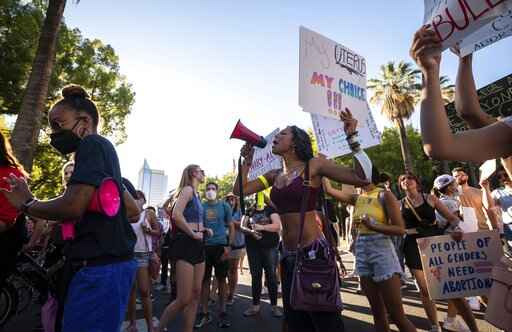 The Supreme Court’s decision to overturn Roe versus Wade, allowing some states to make abortion illegal, has rocked the nation. On Friday, when the news was announced, pro-life forces cheered, while pro-choice forces broke into tears outside the Supreme Court building. Nationwide demonstrations occurred over the weekend in response to the news.

However, now abortion has been outlawed in some parts of the country, women seeking to end their pregnancies are turning to states such as California where it’s still legal. But for how long? Last week, former Vice President Mike Pence said he’d like to see a nationwide ban on abortion.

Rep. Mark Takano (D-Calif.) said that he would fight to make sure that women still have control over their reproductive system.

In a press release, he called the Supreme Court’s action radical.

“The Supreme Court has taken the extraordinary action of stripping American women of the right to control their bodies by overturning Roe v. Wade. This decision gives states the power to rob women of their bodily autonomy, no matter the personal cost to those women or their families. This is offensive and radical,” said Takano.

He pledged to make sure that women could control whether or not they decide to give birth.

“A new generation of Americans is now called upon to ensure that it does not have less rights than their parents’ generation. I am in this fight with you. Let’s get to work, and make no mistake about it, we are going to prevail,” he said.

Many other California politicians share Takano’s views. California legislators are working to enshrine the right to choose into law. According to a press release from Gov. Gavin Newsom’s office, voters will have the chance to make it part of the state’s Constitution in November. Newsom also approved $200 million dollars in the state budget for reproductive health services.

The Supreme Court ruling means that California will become a destination for women seeking to have abortions.

“California will not back down from the fight to protect abortion rights as more than half the states, enabled by the Supreme Court, ban or severely restrict access,” said Newsom in a video.

He has also signed an executive order to protect women coming to California for abortions. The executive order prevents the sharing of medical data with other states. Since abortion has been outlawed in other states, out-of-state residents coming to California for abortions could face punishment when they return home. Since the Supreme Court’s ruling is so new, regulations on this issue have not been clarified.