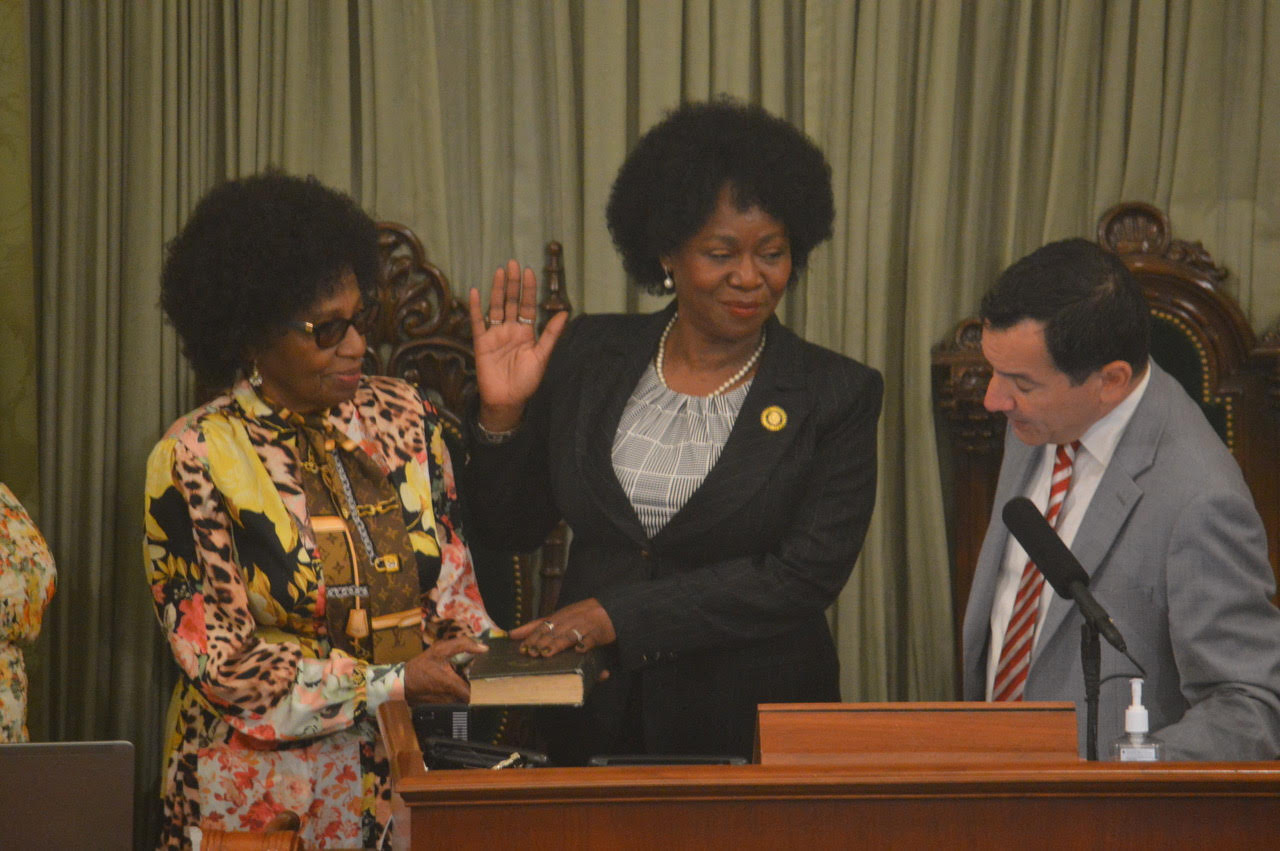 Right after Tina McKinnor was sworn in as a member of the California State Assembly representing the 62nd District she reintroduced a housing affordability bill.

First introduced by Assemblymember Jose Medina (D-Riverside) in January, Assembly Bill (AB) 1743, would require planning agencies to include in their annual reports the number of units that have received a certificate of occupancy in the prior year.

“On my first full day as an Assemblymember, I presented my first bill, AB 1743. My bill will help guide our efforts to make sure every Californian has a safe & affordable place to call home. The bill was approved on a vote of 7 to 0! #caleg,” McKinnor tweeted June 22.

With her oath, McKinnor, a Democrat, became the 12th member of the California Legislative Black Caucus.

“I am excited to add our newest member here, Tina McKinnor, to our Assembly. She stands for things that I and all of us strongly believe in,” Rendon said. “She has worked with an organization to promote the idea that we can work across communities to be more equitable and economically successful at the same time. I know she will hit the ground running here in Sacramento.”

Assemblymember Burke resigned in January. After a seven-year run in Sacramento, Burke said she left the Legislature to spend more time with her family.

A nonprofit director, businesswoman and mother of two adult sons, McKinnor, 58, ran against Lawndale Mayor Robert Pullen-Miles, 55. The candidates survived an April 5 special primary election for the 62nd Assembly District that pushed them into a run-off last month, “I am honored by the trust voters have placed in me,” McKinnor said. “California is a place where the possible becomes a reality. By harnessing our progressive spirit and strong work ethic, I am confident we can address the biggest challenges facing us and build an equitable future for all Californians.”

McKinnor said she will prioritize California’s continued COVID-19 recovery and fight to increase funding for public education, expand universal access to healthcare, and address the state’s housing and homelessness crises.

McKinnor says she will also work with colleagues to reform the state’s broken criminal justice system, demand environmental justice for communities most impacted by the climate crisis, and seek equity for communities of color in the cannabis industry.

McKinnor’s term representing the 62nd District ends in December. She is on the ballot in November to represent the 61th District. Her opponent is Lawndale Mayor Robert Pullen-Miles who she defeated in the special election.