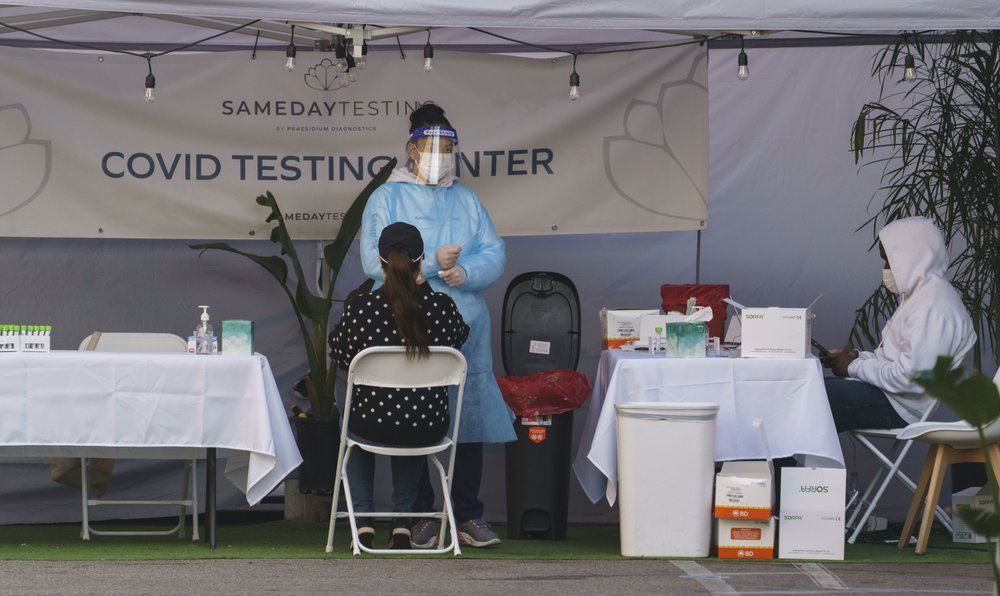 Los Angeles, CA — California hospitals struggling with a skyrocketing coronavirus surge are trying to prepare for the possibility that they may have to ration care for lack of staff and beds — and hoping they don’t have to make that choice.

The state avoided surging cases for months, but now the virus is raging out of control there and across the nation in the wake of Thanksgiving holiday gatherings that authorities say vastly spread infections. Only Arizona tops California in cases per resident.

The state this week ordered hospitals in the hardest-hit areas to delay many elective surgeries in order to free up space.

In Los Angeles County, Methodist Hospital of Southern California convened an in-house triage team that makes daily evaluations “about the severity of critically ill patients that allows us to distribute resources to those who need it the most,” chief strategy officer Cliff Daniels said.

The hospital isn’t rationing care “and we hope we don’t get there,” Daniels said.

However, guidelines posted on the hospital’s website warn: “If a patient becomes extremely ill and very unlikely to survive their illness (even with life-saving treatment), then certain resources … may be allocated to another patient who is more likely to survive.”

Los Angeles County, the nation’s most populous with 10 million residents, is one of nearly two dozen in Southern California and the agricultural Central Valley that have essentially run out of intensive care unit beds for COVID-19 patients.

Health officials warned Wednesday that hospitalizations will continue for at least the next three weeks as people who ignored social distancing rules to gather for Christmas and New Year’s Eve fall ill.

Hospitals statewide with room have been told to accept patients from others that have exhausted their ICU beds but in fact most of the state is reporting struggling to provide ICU beds, with non-COVID-19 patients spilling into corridors, tents and cafeterias.

To the north, officials in Santa Clara County, with about 2 million residents, say 100 infected people a day are winding up in hospitals.

“And as awful as it is, it could get worse,” said Dr. Ahmad Kamal, the county’s director of Healthcare System Preparedness. “We haven’t had a situation where two people are out of breath and one person gets a ventilator. We could get there.”

California reported its second-highest number of daily coronavirus deaths Wednesday with 459 lives lost, bringing the death toll to 2,504 in the last week as more than a quarter-million new weekly cases portended a continued overwhelming crush.

Vaccinations being administered at what Gov. Gavin Newsom has said is too slow a pace will take weeks or months to slow the spread.

About 12% of people who test positive for COVID-19 eventually are likely to need hospital care, authorities have estimated.

“The numbers are extraordinary, ″ said Carmela Coyle, president and CEO of the California Hospital Association. “We’re not going to dodge this math. We need the state’s help.”

State officials also should override decisions by many county health officers that prevent recovering coronavirus patients from being released to skilled nursing facilities, despite fears that they could spread the virus, Coyle said.

“Focus on nothing other than saving lives for the next few weeks,” Coyle said.

L.A. County, which is recording more than 200 deaths a day, has seen a rate of new COVID-19 cases nearly double that of December, health officials said.

More than 8,000 people are hospitalized with COVID-19 — with a fifth of them in intensive care — and more than a third of adult hospital beds are occupied by virus patients, said Barbara Ferrer, the county public health director.

“This is a health crisis of epic proportions,” Ferrer said.

Photo Caption: A mid-turbinate nasal swab PCR test is administered at a same-day coronavirus testing site in Los Angeles on Tuesday, Jan. 5, 2021. Los Angeles is the epicenter of California’s surge that is expected to get worse in coming weeks when another spike is expected after people traveled or gathered for Christmas and New Year’s. (AP Photo/Damian Dovarganes)