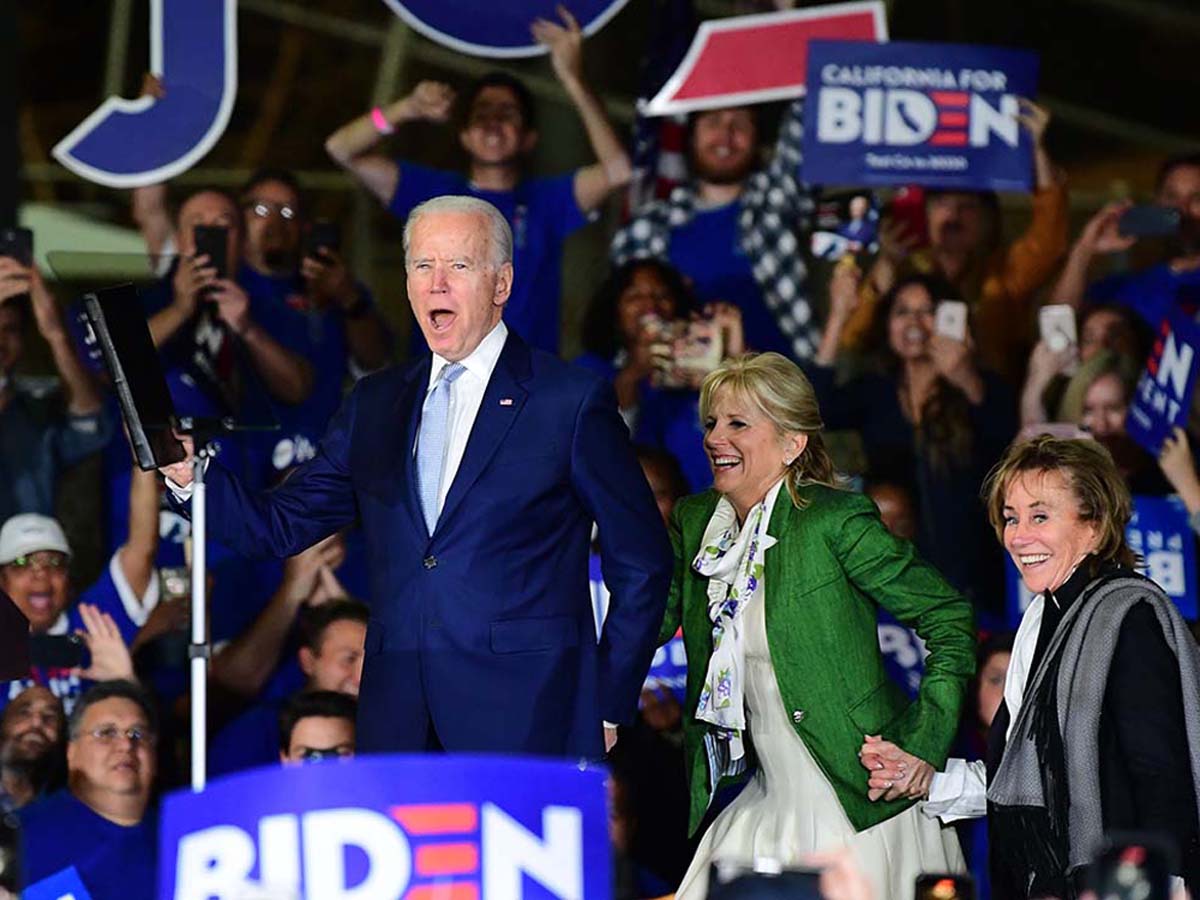 After a tough battle with Sen. Bernie Sanders (D-VT), former Vice President Joseph Biden sealed the frontrunner position in the race for the Democratic Party U.S. presidential nominee on Super Tuesday. Sanders, however, snatched a few key victories, one of which was California with 29.5 percent of the vote.

So far, Biden has picked up 390 Democratic National Convention delegates compared to Sanders’ 330.

The 2020 presidential primary election took place in California, 13 other states, and one U.S. territory (American Samoa) Tuesday March 3. Voters got the opportunity to back their favorite candidate to challenge President Donald Trump in November’s general election.

With five Democratic candidates remaining, after Mayor Pete Buttigieg dropped out of the race this past Sunday and Sen. Amy Klobuchar’s withdrawal Monday, Super Tuesday was a pivotal moment for presidential hopefuls.

Then, a day after the former U.S. vice president’s big win, former New York City Mayor Mike Bloomberg dropped out of the race and endorsed Biden, his former rival for the nomination.

Over the course of their campaigns, Democratic candidates have relied on several different demographics to help swing votes in their favor. One such demographic is African Americans, and these candidates all had strategies to secure that vote.

Biden also claimed to have been arrested in South Africa in the 1970s while attempting to meet Nelson Mandela. He has since retracted that claim following evidence to the contrary.

On Super Tuesday, Biden secured 72 percent of the Black vote in Alabama, 71 percent in Virginia, 62 percent in North Carolina and 53 percent in Tennessee, according to USA Today.

Bloomberg has had some controversy regarding Black voters resulting from his “stop-and-frisk” policies when he was mayor of New York City and from subsequent statements he made in 2015 defending said policies.

“So, one of the unintended consequences is people say, ‘Oh my God, you are arresting kids for marijuana that are all minorities,’” Bloomberg said in his 2015 speech. “Yes, that’s true. Why? Because we put all the cops in minority neighborhoods… Why do we do it? Because that’s where all the crime is.”

Warren only won 12 delegates, placing her last on Super Tuesday behind Bloomberg, who picked up 36.