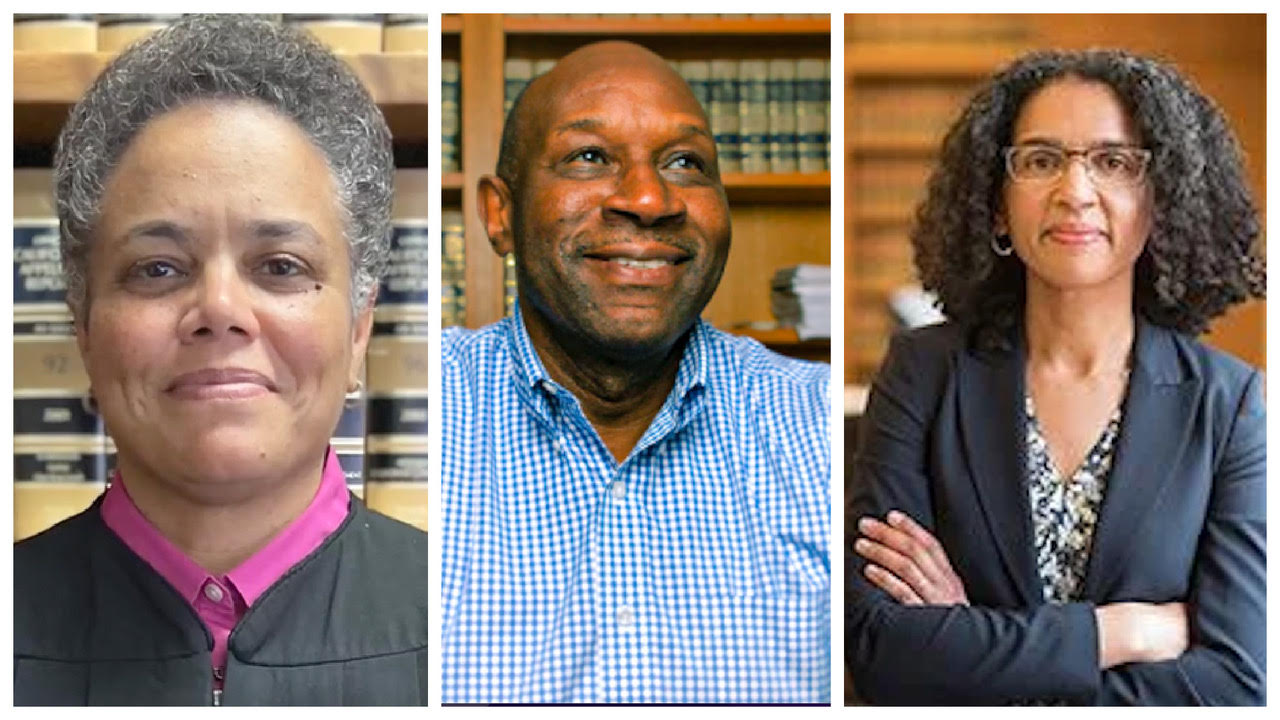 The state Supreme Court consists of a Chief Justice and six Associate Justices. It reviews decisions by the six state Courts of Appeal, decisions by the Public Utilities Commission, and cases that result in a death sentence.

Evans, 54, is the first openly lesbian female Justice to serve on the bench of the court. She was nominated by Gov. Gavin Newsom in August and approved this month after a unanimous vote by the Commission on Judicial Appointments.

“Throughout her career, Judge Evans has been widely recognized for her intellectual curiosity, diligence, work ethic, humility, and integrity,” the commission’s report reads.

“From all this, the commission concluded that Judge Evans will make an outstanding Associate Justice and found her to be well qualified for the California Supreme Court,” the report continues.

Evans is a graduate of Stanford University and UC Davis Law School. She is a former ACLU staff attorney, worked as a senior trial attorney in the US Dept of Justice Civil Rights Division and represented clients in civil rights litigation at the law firm Relmen & Associates. In addition, she worked in the California Attorney General’s office, for the State Bar of California, and was Newsom’s chief deputy legal affairs secretary before becoming an Alameda County Superior Court judge.

During a conversation with Newsom in a video posted by Newsom’s office, Evans spoke about her 28-year career.

“I’ve been really privileged to have an incredibly diverse and rewarding legal career, having had the opportunity to impact people’s lives for the better,” Evans said.

Newsom praised Evans’ appointment by tweeting, “Judge Kelli Evans has dedicated her life to promoting equality and justice through her work. Her broad experience in law and policy will serve her well as an Associate Justice on California’s Supreme Court.”

Associate Justice Leondra R. Kruger, 46, was nominated by Gov. Jerry Brown and confirmed and sworn in on January 5, 2015. She was the second Black woman to be appointed to the California Supreme Court.

Kruger, a native of Southern California, was born in Glendale and raised in Pasadena.

Kruger attended Harvard College before attending Yale Law School and asserts that “My approach reflects the fact that we operate in a system of precedent,” she said in a 2018 Los Angeles Times interview.

“I aim to perform my job in a way that enhances the predictability and stability of the law and public confidence and trust in the work of the courts,” she continued.

From 2007 to 2013, Kruger worked in the US Department of Justice as an Assistant to the Solicitor General and as Acting Deputy Solicitor General. While there, she argued 12 cases before the United States Supreme Court representing the federal government.

In private practice, Kruger specialized in appellate and Supreme Court litigation. This year, she was on the short list to be appointed to the US Supreme Court by Pres. Joe Biden to replace Justice Stephen Breyer when he retired.

Jenkins earned his Bachelor of Arts degree from Santa Clara University. Before entering the University of San Francisco (USF) Law school, he played football for the Seattle Seahawks.

Justice Jenkins previously served as a trial judge on the Oakland Municipal and Alameda County Superior Courts. He was a federal district judge for the Northern District of California appointed by President William J. Clinton in 1997. Gov. Arnold Schwarzenegger appointed him to the California Court of Appeals. Preceding his appointment to the Supreme Court he was Senior Judicial Appointments Advisor to Newsom.

“Justice Jenkins is widely respected among lawyers and jurists, active in his Oakland community and his faith, and is a decent man to his core,” Newsom stated when he announced Jenkins’s confirmation. “As a critical member of my senior leadership team, I’ve seen firsthand that Justice Jenkins possesses brilliance and humility in equal measure. The people of California could not ask for a better jurist or kinder person to take on this important responsibility.”

Jenkins was unanimously confirmed to the Supreme Court on Nov. 10, 2020.

At his confirmation, when asked by the Chief Justice Tani Cantil-Sakauye why he wanted to serve on the Supreme Court, Jenkins said, “I felt I could do good work, that I had a voice to add to the discussion that might be absent, not better, just different and ultimately being a man of faith, I felt this was a calling and never once have I refused the call of service.”