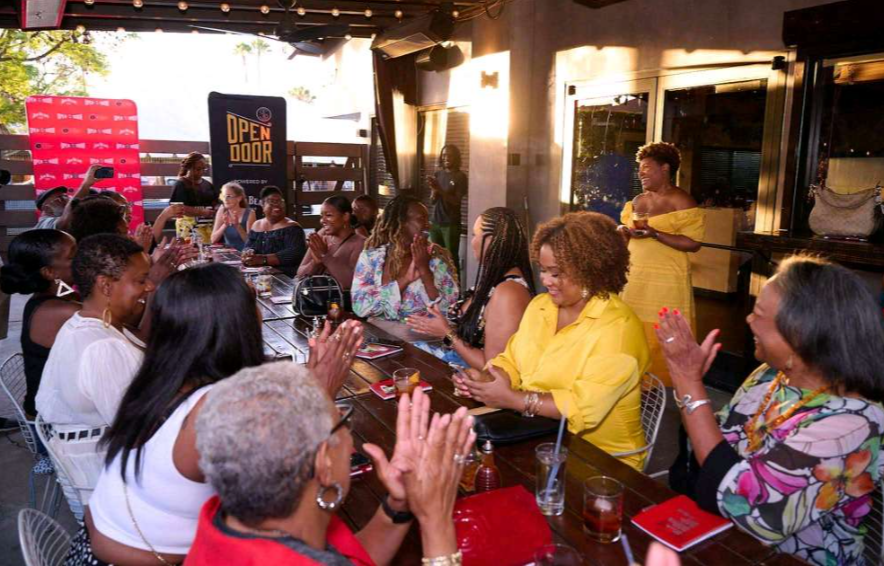 The nationwide tour was sponsored by Jim Beam.

She noticed the industry was marketing its product through the urban market, which is a younger demographic. Davis felt that the spirits industry overlooked older African-American consumers, who have disposable income and appreciate luxury goods.

“I wanted to create a community of Black bourbon drinkers to prove to brands we are a worthy base,” said Davis.

Davis added that she also felt the marketing was exploitative. While the companies used hip-hop personalities in their marketing products, they didn’t invest in Black-owned businesses.

“They’re not investing in Black-owned bars or furthering the relationship in other ways,” Davis added.

The Black Bourbon Society works with companies in the spirits industry to connect with the African-American market. Some of the other brands they are working with include Jack Daniels, Maker’s Mark and Woodford Reserve.

The society currently has 30,000 members around the country. Working with Black-owned bars around the country, Davis said she noticed some cultural and regional differences. For example, in Charlottesville, there is a burgeoning scene of Black bartenders and Black restaurant owners.

“There are a lot of opportunities for Black-owned businesses,” she said. The group’s Charlottesville event drew 50 people. However, the group in LA was much smaller.

The group also provides networking opportunities for Black business professionals in the hospitality industry across the country.

“This is an opportunity to learn what’s happening in other cities,” said Davis.

The Black Bourbon Society is having its national convention in Louisville, Ky. on Labor Day weekend. According to Davis, the event will include a tour of distilleries, and tasting and networking events.