Biden Sworn in as Threat of Domestic Terrorism Hangs in Air 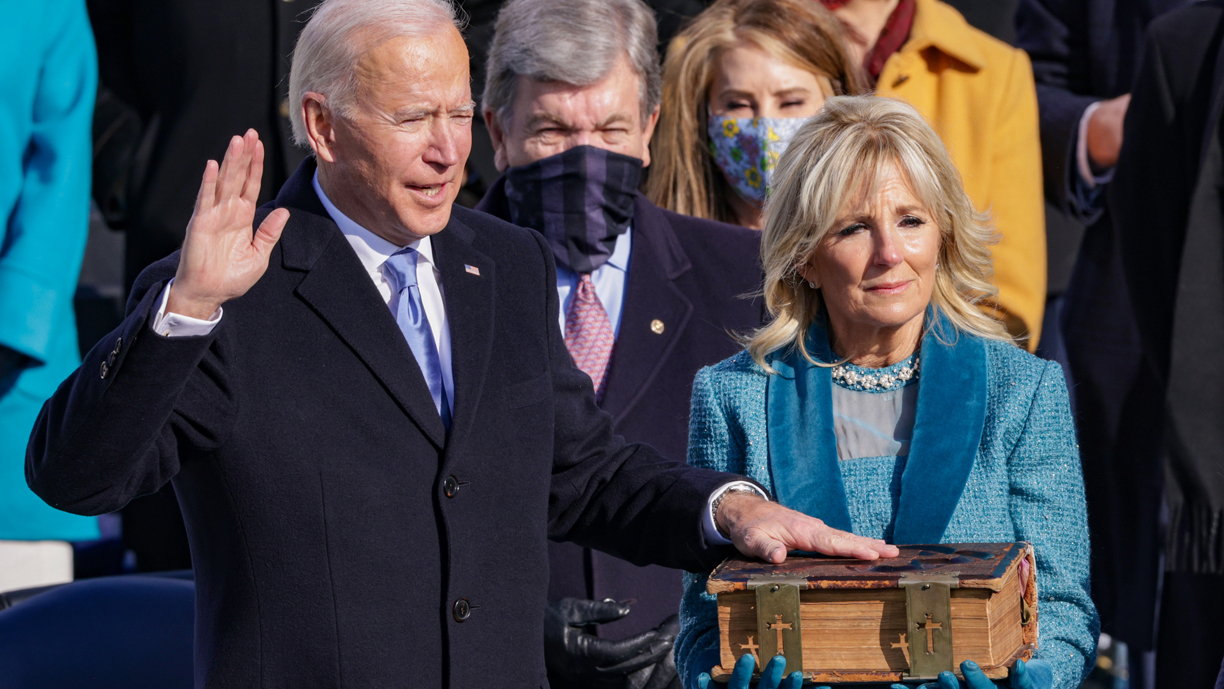 Democrat Joe Biden was sworn in as the 46th president of the United States on Wednesday morning. Former California Sen. Kamala Harris was sworn in as vice president a few minutes before him. She becomes the first woman, Black and Asian to serve in that role. Outgoing President Donald Trump broke a long-standing tradition by refusing to attend the ceremony.

The event was also marked by tight security as federal authorities were on alert for potential attacks from domestic terrorists. More than 20,000 National Guard troops were in Washington, D.C. to provide additional security after Jan. 6’s attack on the Capitol.  The event was held at the same place that was stormed by insurrectionists who attempted to kill and capture senior government leaders.

However, there were several security scares that indicated that Trump-supporting terrorists intended to attack the event. Twelve National Guard troops were removed from the event because an FBI investigation revealed they had ties to white supremacist groups. There were at least two incidents of wannabe terrorists trying to penetrate the event. One incident involved a person using falsified security documents. In addition, Peter Heneen, a Polk County, Fla. sheriff’s deputy was arrested for threatening to make the streets of D.C. “run red with blood” and other alarming statements. The deputy was turned in by a fellow officer.  And an Uppers Bucks County, Penn. senior citizen was arrested for making terroristic comments about Harris and Biden.

“On Tuesday, Kris John Kinsey, 61, was arraigned on charges alleging he made threats to Biden, Vice President-elect Kamala Harris, their supporters, Pennsylvania Gov. Tom Wolf and Speaker Nancy Pelosi,” said The Bucks County Courier Times.  “Kinsey, of Nockamixon, is charged with a felony of prohibited possession of a firearm, as well as misdemeanor offenses of possessing an instrument of crime, making terroristic threats and drug charges.”

However, the threat from domestic terrorism is far from over. VICE reported that the heavy military presence might have forced terrorists to delay their action.

“Enrique Tarrio, the leader of the nationalist street fighting gang the Proud Boys and an outspoken figure within the extreme right political scene, told followers to stay home on January 20 and instead plan for the next four years of activism,” said VICE. “’We’re not going to any ‘Million Militia March’ or any other fed honeypot event that’s being promoted,’ said Tarrio. ‘We suggest none of you go to these events. We won’t sit on our hands for the next four years but we can pick and choose our battles moving forward.’”

The inauguration proceeded without incident. It also featured performances from Jennifer Lopez, Garth Brooks and Lady Gaga, who performed the national anthem.

In his speech, Biden talked about reconciliation and the triumph of a functioning democracy.

However, Biden also talked about the dangers of media that profited from lies, white supremacy and domestic terrorism.  He also called for an end to division and political extremism.

“We can see each other not as adversaries, but as neighbors. We can treat each other with dignity and respect. We can join forces, stop the shouting and lower the temperature. For without unity, there is no peace, only bitterness and fury. No progress, only exhausting outrage. No nation, only a state of chaos,” said Biden.

Biden got to work quickly undoing the damage of the Trump administration. On Wednesday he signed 15 executive orders on issues such as the Muslim ban, climate change and immigration.