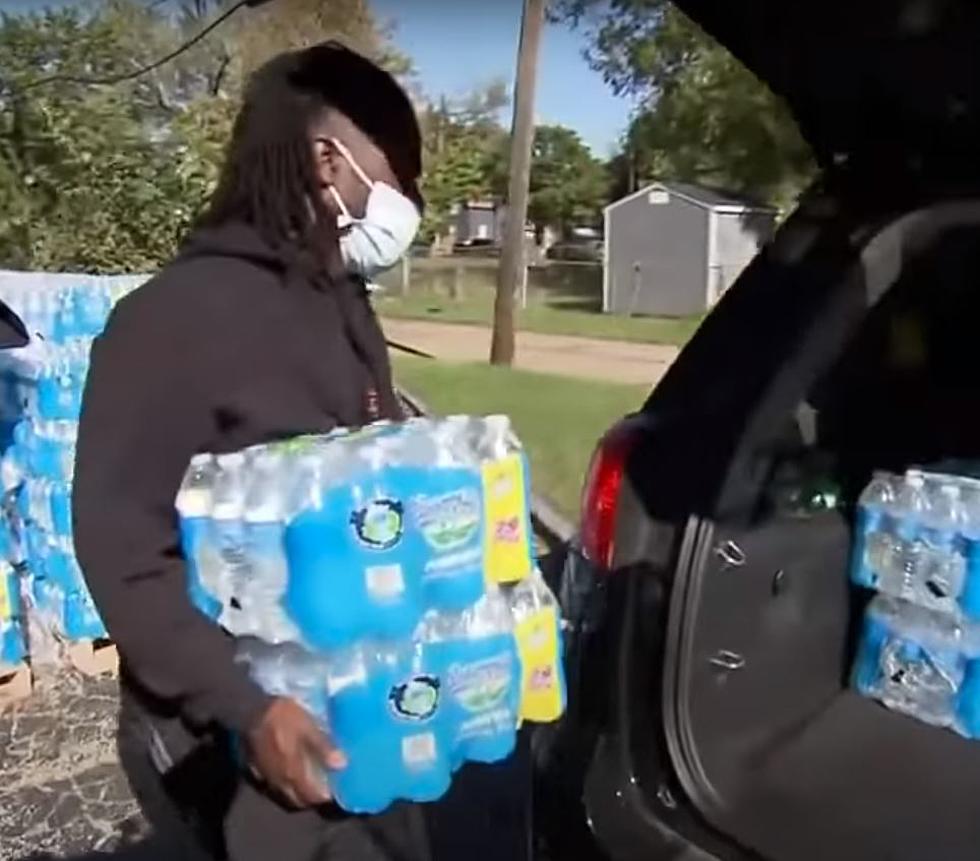 Benton Harbor, MI — So, it happened again, another Michigan city, another water crisis. But this time, it’s Benton Harbor.

According to news reports, the Benton Harbor water crisis has been around since 2018. According to Democracy Now!, local tap water contains lead levels 60 times the federal limit. Exposure to lead is harmful to children and pregnant women. Lead also causes developmental delays and behavior problems in children.

“It’s a irreversible, potent neurotoxin,” said Dr. Mona Hanna-Attisha, in a Democracy Now! interview. “It especially impacts developing children. It erodes cognition, so actually lowers IQ levels. It impacts behavior and development, causing learning problems, attention problems, focusing problems, causes growth problems and hearing problems. And we now know that kids exposed to lead can present later on in life with things like high blood pressure and kidney disease and gout, and even things like early dementia and Alzheimer’s.”

But the Benton Harbor situation only recently came to light because of legal action by local activists.

“For three years, it was like this. Nobody said nothing. The elected officials, the governor officials, the EPA — nobody said a mum word. But what happened on September the 9th, we filed a petition,” said local activist Rev. Edward Pinkney.  “That petition was a — what do you call — a state of emergency with the federal government. And after filing that, they started to move, and which was so, so important because if we had not filed that petition, you know, we wouldn’t be talking today, and, yet and still, it would maybe be another three or four years that the residents of Benton Harbor would be drinking that tainted water, which is so, so crucial.”

The action revealed that the town’s water was filled with pollutants. According to news reports, the problem is caused by old, lead pipes. Now residents have been advised to use bottled water. However, the water crisis in Benton Arbor exposes a situation that could be nationwide. Many cities around the country still use lead pipes.

“The water crisis in Benton Harbor comes as Congress is considering a $1 trillion bipartisan infrastructure bill that includes $55 billion to replace lead pipes and for other measures to ensure drinking water supplies,” said Democracy Now!

However, Pinkney said race played a role in the crisis.

“Racism plays a major part in this. And when I talk about it, can you imagine a white woman with a baby getting on the camera in front of the news media, telling people that they had 889 parts per billion of lead in their water, and it’s killing her baby? They would send out the Army, FEMA, the Pentagon and all these different things,” said Pinkney. “But since it’s Benton Harbor, a Black city, that they figure that, you know, that this can continue.”

According to Gov. Gretchen Whitmer’s office, Benton Harbor needs about $11 million to replace its pipes.

The fallout from the crisis led to 15 indictments, one conviction, and about 80 lawsuits.

Former Gov. Rick Snyder is currently facing charges of wilful neglect of duty. Snyder was a tech executive who was supposed to bring business experience to government. Instead, the Flint crisis effectively ended Snyder’s political career.