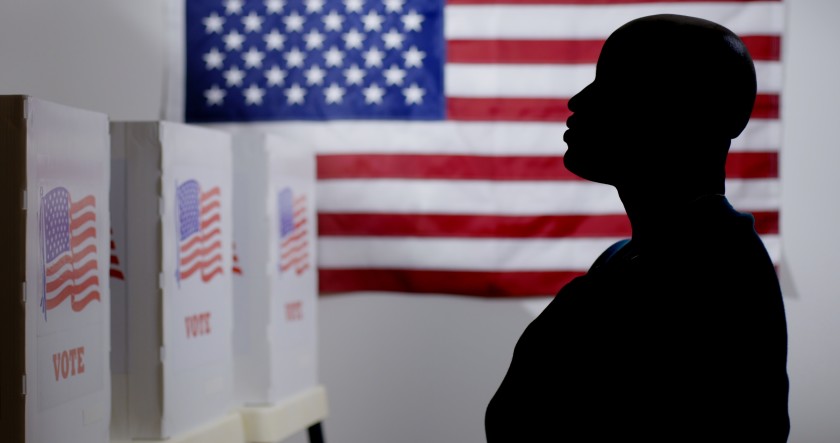 Statewide — On Aug. 17, the “Yes On Prop 17” campaign held its Official Proposition 17 Campaign Virtual Kick-Off on Facebook Live. The event featured testimony from previously incarcerated persons on why more than 50,000 parolees in California deserve the right to vote.

Prop 17, which passed the state legislature as ACA 6 in June, is a measure on the November ballot. If Californians vote to approve it, Prop 17 would amend the state constitution, granting any eligible person who is not currently incarcerated the right to vote.

If passed, California would join 17 states that allow parolees to vote.

Initiate Justice Co-founder and Executive Director Taina Vargas-Edmond hosted the event that featured Assemblymember Kevin McCarty (D – Sacramento), author of ACA 6, as well as Brandon Flynn, an activist and actor on the Netflix show “13 Reasons Why.”

To start the event, Flynn and McCarty spoke about how the current global political movement calling for the dismantling of systemic racism has affected their understanding of – and advocacy around — the proposition.

“We’ve learned that this is just a remnant of some of these old Jim Crow values and racial oppression –when they want to hold back African American voters from being able to participate in the democratic process, and that’s wrong. That’s what we’re going to change,” the lawmaker said.

The program’s anchor event was a Q&A moderated by Edmond featuring “Yes On Prop 17” Fellows Betty McKay and John Windham. McKay and Windham, who are both on parole, spoke about the importance of voting for currently and previously incarcerated persons.

McKay, who is a motivational speaker and organizer with Initiate Justice, talked about the California Department of Corrections and Rehabilitation (CDCR), arguing that she has done the time for his crime and should not be punished for it after her release.

Edmond also presented data from Initiate Justice’s 2019 “Democracy Needs Everyone” report, compiled from a survey of 1,085 incarcerated members of California state prisons as well as members on parole. According to the report, only 37 % of respondents said they voted before they were incarcerated, but 98 % said they would vote now if they could. Also, the top three political issues that the respondents listed as “very important” were jobs and the economy, education and healthcare.

For Windham, who was incarcerated for 30 years and now mentors youth in his community, not having experienced voting was a deterrent in urging kids to vote.

“The one thing I couldn’t really delve into with him is talking about voting. I tell them to vote, but I was shut down when they asked me, did I vote. It was the hardest thing for me to have to tell a child – that   couldn’t vote because I’m on parole. I no longer want to have to tell no child that, because that takes away their hope. They see me as hope and the only hope they see was dashed.”

When asked to respond to the arguments of Prop 17 opponents, McCarty said, “They’re saying that Betty and John still need to pay their debt to society. But when the parole board releases people from state prison, they’ve determined that you’ve served your time [and they] want to reintegrate you back into society. So, it makes no sense to say we want you to go back to your community, but we’re going to make you a second class citizen.”