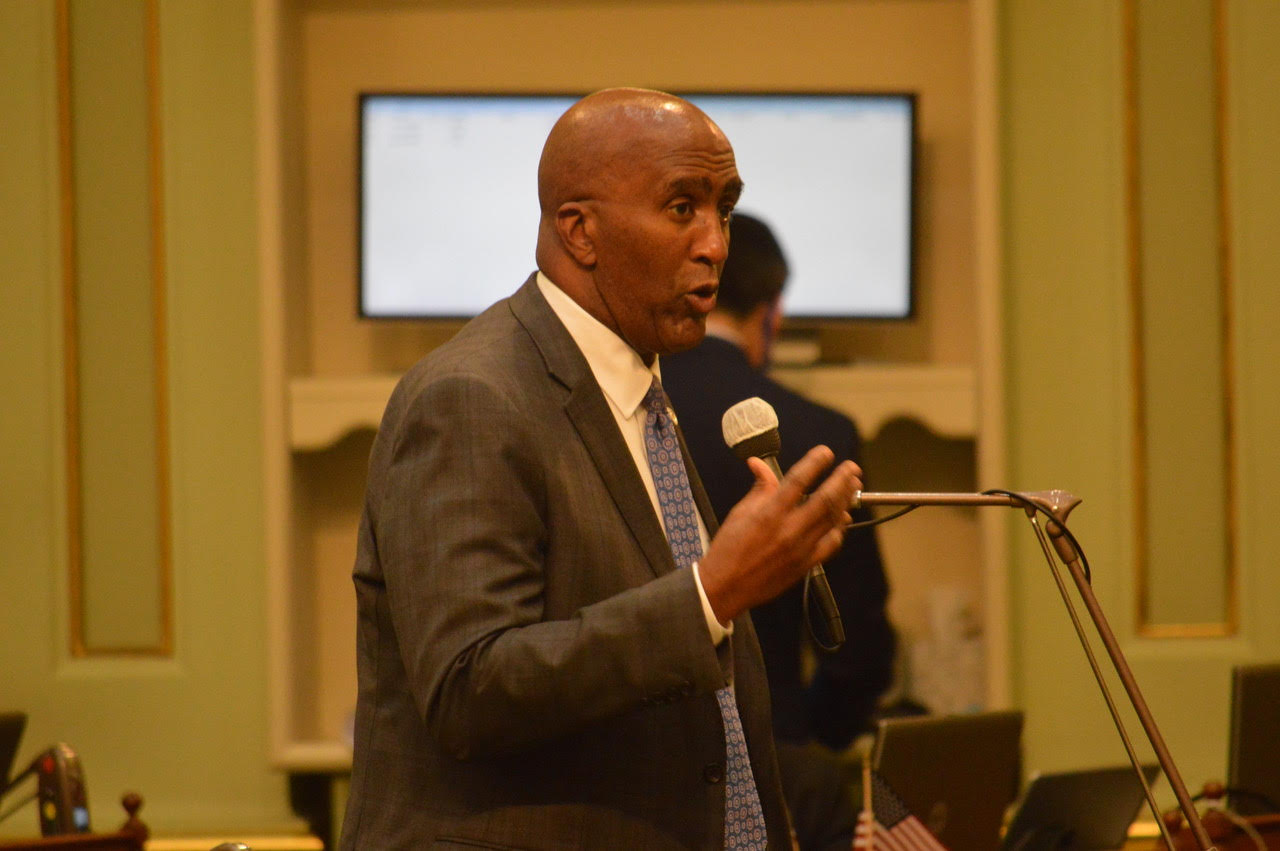 Assemblymember Jim Cooper (D-Sacramento) inked a two-page open letter to leaders of environmental organizations, calling out racism and the lack of diversity in their organizations.

Cooper, who represents the 9th District and is Chair of the Assembly’s Budget Subcommittee No. 4 on State Administration, released the letter through his Twitter account, stating that “It’s time we have a discussion about environmental racism.”

“These organizations from their leaders to their funders, are nearly all White, and attempt to trade on race issues by branding their efforts as: ‘environmental justice’ — for which they do not apologize,” Cooper wrote in the letter dated Aug. 3.

Cooper backed his allegations, adding, “these organizations consistently push legislation that is designed to ‘protect or improve’ the environment,’ but fall way below addressing the needs of disadvantaged communities,” he wrote.

In the letter, Cooper included information provided by the Public Policy Institute of California (PPIC), an independent nonprofit research institution based in San Francisco.

“These higher costs impact disadvantaged communities, especially those who live in areas like the Central Valley, and force them to pay more for energy costs than coastal community households do,” Cooper stated.

“These disadvantaged communities throughout the state are mostly comprised of Black and Brown people.”

Cooper penned the letter after the Sierra Club California recently announced its commitment to invest $5 million of its budget into initiatives to diversify its staff and environmental and racial justice efforts.

Michael Brune, the Executive Director of the Sierra Club California, released a statement on July 22. In it, he apologized for his organization’s “substantial role in perpetuating white supremacy.”

The Sierra Club California is the legislative and regulatory advocacy arm for Sierra Club chapters in California. It is one of the nation’s oldest and largest environmental organizations.

The Sierra Club California has chapters in every state and a national membership that exceeds 1 million. California is unique among states in that it has 13 chapters of the organization, representing more than 400,000 members and supporters.

“It’s time to take down some of our own monuments, starting with some truth-telling about the Sierra Club’s early history,” Brune stated. “That will be followed by posts on how we’ve had to evolve on issues of immigration and population control, environmental justice, and Indigenous sovereignty.”

Cooper commended the 128-year-old organization for the public apology and putting up funds to address internal and external racial issues. But the Assemblyman still pointed out the Sierra Club’s timing.

Recent and continuing racial strife in the country, including the death of George Floyd on May 25, played heavily into the environmental organization’s decision, Cooper said.

“I have to ask why it took the murder of an unarmed Black man, nationwide civil unrest, and protest?” Cooper stated.

In his July 22 letter, Brune also admitted that SCC was an exclusive organization that catered to certain members and “screened out any applicants of color” from 1892 to the 1960s.

One of SCC’s founding members is environmentalist and naturalist John Muir, the “Father of the National Parks.” Muir Woods National Monument near Mill Valley, Calif., is named in honor of the Scottish American.

“The Whiteness and privilege of our early membership fed into a very dangerous idea — one that’s still circulating today,” Brune wrote. “It’s the idea that exploring, enjoying, and protecting the outdoors can be separated from human affairs. Such willful ignorance is what allows some people to shut their eyes to the reality that the wild places we love are also the ancestral homelands of Native peoples.”

Before joining the Assembly in 2014, Cooper served as a Captain in the Sacramento County Sheriff’s Department for 30 years and spent 15 years as Elk Grove’s founding mayor and councilmember.

Elk Grove, located 15 miles south of downtown Sacramento, is the second-most populous city in Sacramento County with more than 172,000 residents.

In response to Cooper’s Aug. 3 letter, “Environmental Racism and Lack of Diversity,” and Brune’s July 22’s press release, “Pulling Down Monuments,” the assemblyman engaged in some back-and-forth dialogue with Mary Nichols.

Nichols is the Chair of the California Air Resources Board (CARB). CARB is charged with protecting the public from the harmful effects of air pollution and developing programs and actions to fight climate change.

On Nichols’ Twitter account, which has since been removed, she posted a disturbing message in regard to the death of George Floyd, who died when a Minneapolis, Minnesota, police officer pinned his knee on his neck for nearly nine minutes.

Nichols posted on June 1, “‘I can’t breathe’ speaks to police violence, but it also applies to the struggle for clean air. Environmental racism is just one form of racism. It’s all toxic. Government needs to clean it up in word and deed.”

Cooper responded by tweeting, “How dare you use a dying man’s plea for help as a way to discuss your agenda. Have you no shame?”

Nichols later issued an apology via Twitter, stating “I apologize for speaking at the wrong time about the wrong topic. Racism comes in many forms and I believe we must fight every instance of it in our society.”