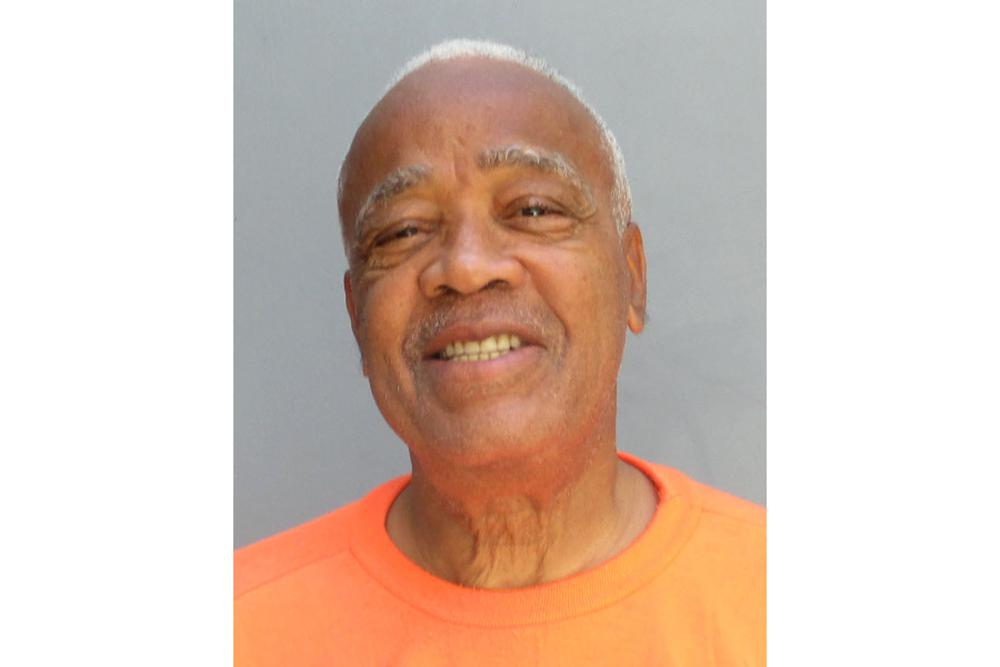 By BOB CHRISTIE and JACQUES BILLEAUD

FLORENCE, Ariz. (AP) — An Arizona man convicted of murdering two people in 1980 was put to death Wednesday in the state’s third execution since officials started carrying out the death penalty in May after a nearly eight-year hiatus.

Murray Hooper, 76, died by lethal injection at the state prison in Florence for his murder convictions in the killings of William “Pat” Redmond and his mother-in-law, Helen Phelps, at Redmond’s home in Phoenix. Redmond’s wife, Marilyn, also was shot in the head during the attack but survived and testified against Hooper at his trial.

Authorities say the killings were carried out at the behest of a man who wanted to take over Redmond’s printing business.

Hooper’s death was announced by Frank Strada, a deputy director of the Arizona Department of Corrections, Rehabilitation and Reentry.

Hooper chuckled several times when interacting with the execution team. After the execution warrant was read aloud, Hooper said, “It’s all been said. Let it be done.”

It took about 20 minutes from the time the execution team members walked into the room until they inserted IV lines in his right leg and right forearm to administer a lethal dose of the sedative pentobarbital. There had been one earlier unsuccessful attempt to insert a line in his right arm. The IV in his leg was inserted through his femoral artery.

Once injected, his fingers quivered, and he yawned. After that, he made no movement. About 15 minutes passed between when a warden said let the execution begin and when Hooper was pronounced dead.

At one point while trying to insert the IV lines, a medical professional in the room couldn’t find a syringe with the anesthetic used to numb the area, so one was brought in and ultimately used on Hooper.

“It will hurt less,” the medical professional said. Hooper said, “OK, all right.” He later said, “I can’t believe this” and shook his head.

Arizona did not carry out the death penalty for nearly eight years after criticism that a 2014 execution was botched and because it encountered difficulty obtaining lethal injection drugs. No other executions are currently scheduled in the state.

Hooper was executed within a couple hours of the U.S. Supreme Court rejecting a last-minute appeal from him over his claim that authorities had until recently withheld that Marilyn Redmond had failed to identify him in a photo lineup. The high court made no comment in rejecting his appeal.

Authorities said that claim was based on a mistake a prosecutor made in a letter to the state’s clemency board and now insist that no such lineup was shown to Marilyn Redmond. She later identified Hooper in an in-person lineup.

Courts also rebuffed attempts by Hooper’s lawyers to order fingerprint and DNA testing on evidence from the killings.

Authorities say Hooper and two other men forced their way into the Redmond home on Dec. 31, 1980. The three victims were bound, gagged, robbed and shot in the head.

Two other men, William Bracy and Edward McCall, were convicted in the killings but died before their death sentences could be carried out.

Authorities say Robert Cruz, who was alleged to have had ties to organized crime, hired Hooper, Bracy and McCall to kill Pat Redmond, who co-owned a printing business. They said Cruz wanted to take over the business and was unhappy that Redmond had rejected his offers to enter several printing contracts with Las Vegas hotels, according to court records. Cruz was acquitted of murder charges in both deaths in 1995.

Hooper’s lawyers say Marilyn Redmond’s description of the assailants changed several times before she identified their client, who said he was not in Arizona at the time. They also raised questions about the benefits received by witnesses who testified against Hooper, including favorable treatment in other criminal cases.

Hooper’s execution came the same day that Stephen Barbee was set to receive a lethal injection in Texas for the February 2005 deaths of Lisa Underwood, 34, and her son Jayden. That would be the 15th execution in the U.S. this year, up from last year’s three-decade low of 11.

The executions come despite waning support in recent years for the death penalty across all political parties. About 6 in 10 Americans favor the death penalty, according to the General Social Survey, a major trends survey conducted by NORC at the University of Chicago. While a majority continue to express support for the death penalty, the share has declined steadily since the 1990s, when nearly three-quarters were in favor.