Aaron Thompson Found Humor in Being a Cop; Now He’s A Stand-Up Comedian 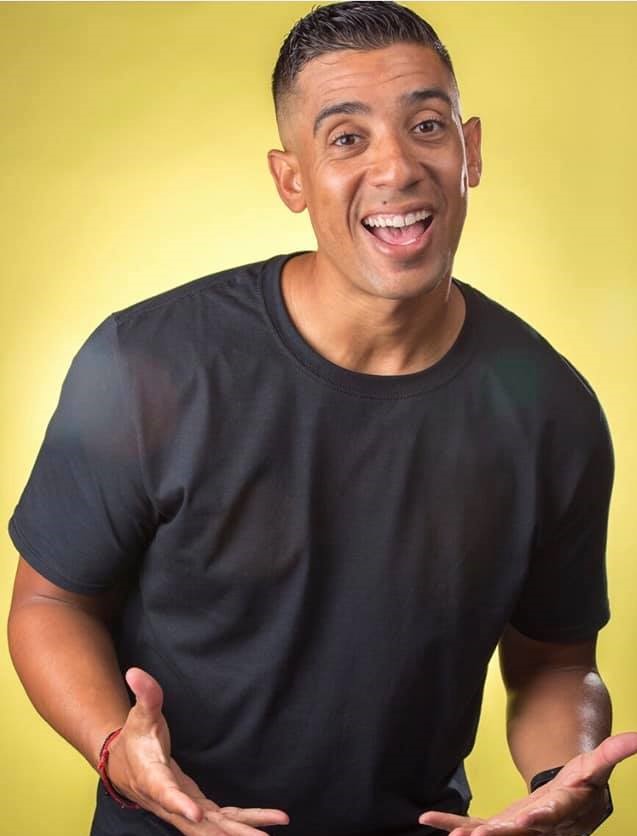 Nationwide — Aaron Thompson can see the humor in everything. That is why he’s able to turn experiences from his previous career as a Los Angeles police officer into material for his standup routine.

According to Thompson, true comedians can find humor in any circumstance.

“I found humor in being a police officer. Everything can be funny. It’s how you deliver it,” he said.

Thompson was a police officer in the Los Angeles Police Department for about 13 years. During his time in law enforcement, he worked in the city of Watts in the Housing Division.

Thompson graduated from California State Northridge with a bachelor’s degree in English and theater. He was always interested in pursuing a career in entertainment but took the traditional route of finding a nine-to-five job.

He said he first thought about becoming a schoolteacher, but a friend suggested a career in law enforcement. He filled out the application for the opportunity to protect and serve and was surprised to learn the department accepted him.

Thompson, who is an Afro Latino, said many of his friends were shocked to learn he was going to join the force. He said their first reaction was, “For what?”

However, he approached the job with the idea of being a community police officer. He tried to build a rapport with the people in the community he worked in.

Thompson said the Los Angeles Police Department (LAPD) has done a lot to clean up the corruption on the force since the ‘80s and ‘90s. While the LAPD still gets complaints about police violence, he attributes this to the department’s size. The LAPD has about 10,000 officers and according to Thompson, when you have that many people, you’re going to get some who break the rules.

Thompson said his humor comes from being able to laugh off problems. This is a coping skill he developed from his turbulent upbringing. Thompson was bitten by the comedy bug when he saw Eddie Murphy’s legendary standup special “Delirious.”

One night while performing, Luenell, a comedienne and actress aka “the Original Bad Girl of Comedy,” saw his show. She was impressed by his comedic chops and asked him to be an opening act for her tour. This led to meeting and opening for the Emmy-winning comedian Katt Williams on his “World War III” comedy tour.

Now Thompson’s about to perform on a cruise ship and working on material for an upcoming comedy special “Defunded.” And he’s also working on a comedy show for first responders.

Thompson came up through the traditional route of comedy by working his way up from open mics to regular gigs and finally opening for a major headliner. These days, he says social media plays an important part in building a loyal audience in the comedy world.

And many young comics are making strides on social media platforms; however, their comedy may not always translate in front of a live audience. He says many social media comics can entertain and create great humorous content on social media, but many have trouble turning that content into a standup act. Still, he believes social media is an important part of building an entertainer’s business and brand. He compared it to having your own TV network.

“There are no shortcuts on the road to building a career in show business,” said Thompson. “Although you may get a lucky break, you have to do the due diligence to sustain a career in entertainment. You have to study your craft; workshop your material; perform and sometimes bomb until you find your voice, and perfect your act.”

Thompson said he has met some of his comedy idols during his burgeoning career, including Dave Chappelle and Mark Curry. Curry is a standup comic and actor who audiences may remember from the ‘90s ABC sitcom “Hanging With Mr. Cooper.” Thompson described Curry as a “genius on stage.”

He said his best experience so far has been working alongside Williams, who is considered the “King of Underground Comedy.”

“It’s been great to work with one of the greats!” said Thompson.