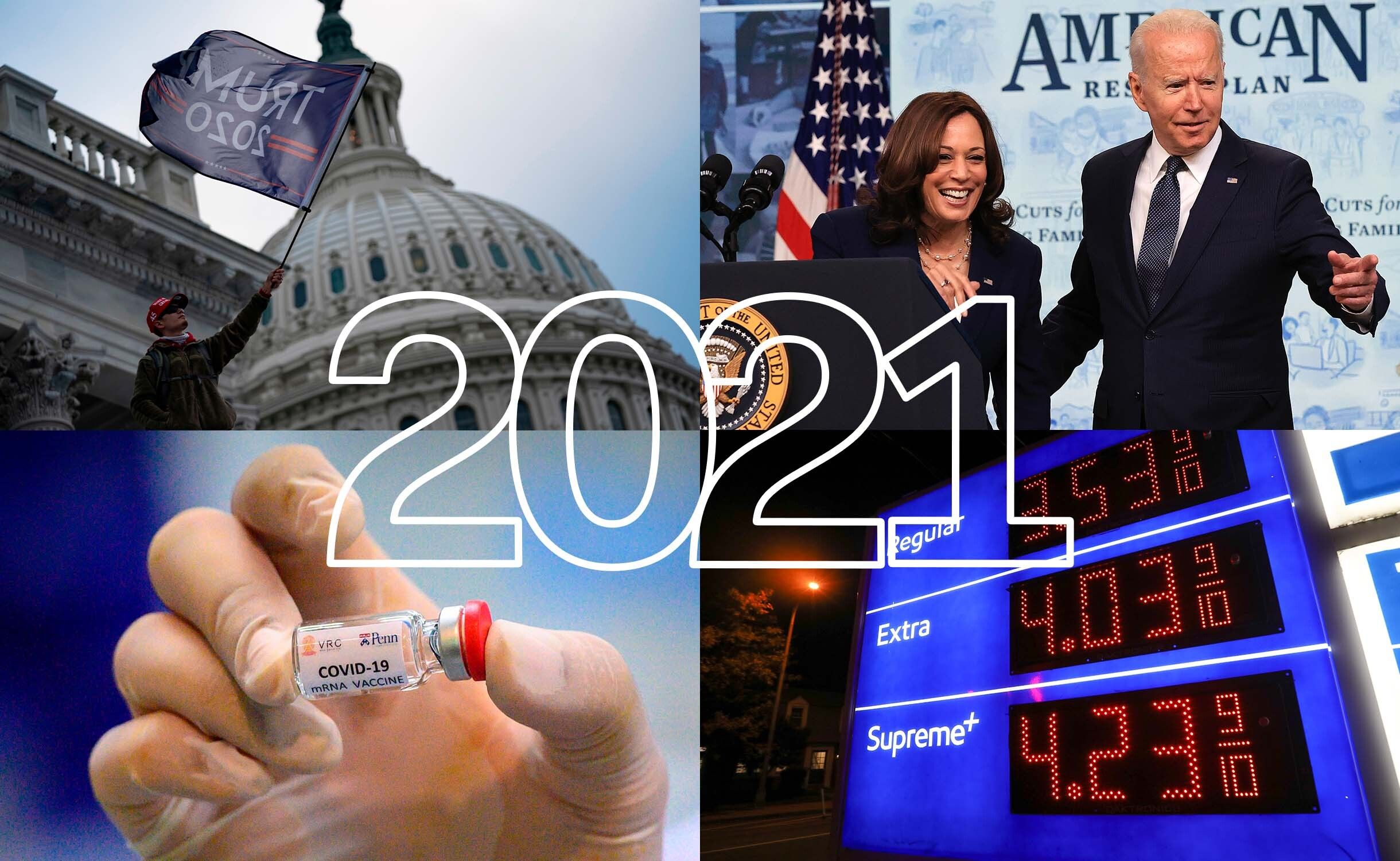 Nationwide — Most Americans will be glad to see the back of 2021, which has been a trying year. 2021 was marked by a violent insurrection, Covid-19 killing thousands of Americans, workers and schoolchildren trying to operate in masks and the economy slowly turning around.

As we end the year, the most important story is an event that took place at the beginning of the year: the Jan. 6 insurrection. It’s almost a year since Americans watched in horror on their TVs as fellow citizens attacked the Capitol and assaulted police officers.

A year later, many attackers have been prosecuted and jailed. The most serious verdict was given to Robert S. Palmer of Florida. He received about five years in jail for assaulting police officers.

However, most of the people prosecuted over Jan. 6 have received light sentences. In some cases, the judicial system bent over backward to be kind to the accused parties. There have been some cases of Jan. 6 defendants who have been allowed to go on vacation even while they were facing charges. Other attackers were allowed to go home, even though they assaulted police officers.

And the investigation is far from over. The FBI has arrested more than 700 suspects, but a lot more people took part in the attack. In addition, as the House Select Committee on the Jan. 6 Attack begins its investigation, there’s a good chance that this will lead to charges against members of Congress and former President Donald Trump. This week, Rep. Cori Bush (D-Mo.) sponsored legislation that would require any legislator found to have been involved with Jan. 6 to be expelled from the chamber.

Former Sen. Claire McCaskill (D-Mo.) said Trump was guilty of dereliction of duty because he failed to act while the country was under attack. (It was more than two hours before Trump told his followers to “go home in peace.”)

Another major storyline of 2021 was the ongoing Covid crisis. Covid-19 first appeared on the scene in 2019 and exploded in 2020 becoming a global pandemic. Unfortunately, in 2021 Covid showed no sign of slowing down.

In 2021, about 370,000 Americans died from the coronavirus, even more than in 2020, according to Centers for Disease Control data. The virus continues to mutate and produce new strains. According to medical scientists, the virus mutates and changes as it encounters new host bodies. So, as long as people don’t get vaccinated, the disease will continue to be around and pose a threat.

The current strain of the coronavirus is named Omicron. Medical scientists are still trying to gather data on the new strain, which seems to spread more rapidly, but it is unknown how this will affect the body. As the new strain spreads, some countries in Europe are going into lockdown again.

Some colleges and schools in America are reverting to online classes. And in New York City, vaccines are needed to attend public events. The coronavirus pandemic shows no sign of stopping as we go into the next year.

2021 also marked the end of the Afghanistan war, the longest war in American history. The war raged over two decades and four presidents. President Joe Biden finally ended the Afghanistan war with a withdrawal in April. However, the withdrawal, which was negotiated by Trump, resulted in 13 American casualties. Also, the democratically-elected government of Afghanistan quickly fell to the Taliban. Now, international observers fear the country will descend into chaos and it is currently facing economic ruin as international aid has dried up.

Biden has been criticized in some quarters for unilaterally pulling out troops from Afghanistan. But many Americans had grown tired of the long-term commitment and were glad to see troops home. It remains to be seen if the chaotic pullout of American soldiers will affect Biden politically.

Although Biden has been condemned in some quarters, and many Republicans don’t see him as a legitimately-elected president, on paper he’s doing a good job.  The economy, which went into freefall during the early days of the coronavirus pandemic, is slowly turning around. American workers are returning to the office and wages are up as employers face enticing workers to return to a dangerous environment.

“America’s economy improved more in Joe Biden’s first 12 months than any president during the past 50 years notwithstanding the contrary media narrative contributing to dour public opinion,” according to Bloomberg’s Matthew Winkler. “Corporate America is booming because the Biden administration’s Covid-19 vaccination programs and $1.9 trillion American Rescue Plan reduced the jobless rate to 4.2% in November from 6.2% in February, continuing an unprecedented rate of decline during the Covid-19 pandemic.”

But, the coronavirus pandemic hasn’t gone away. Americans are frustrated with having to work in masks and vaccine mandates, which some people see as an infringement on their rights. Parents were aggravated by trying to educate their children at home, and in many cases, while doing their work at the same time. But is it safe to send children back to school when the pandemic isn’t over?

Midterm elections are scheduled for November, and the party that controls the White House usually loses seats. One major question going into 2022, will be if voters punish Biden for failing to end the coronavirus pandemic or will they focus on the booming economy?