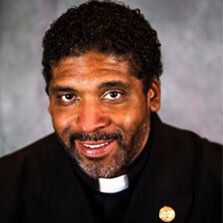 Each year we are challenged to do all that we can to keep the dream alive.

Many have various opinions about the dream of Dr. King which is continually analyzed and interpreted just to meet the diverse opinions that challenge the world today.

I believe that what keeps the dream alive is the fact that it can never be placed in a box nor made finitely interpreted simply because it continues to evolve and is always calling us to a loftier place in humanitarianism.

It would seem that just when we think we have figured out the formula for the dream’s foundation of effectiveness, another door opens to challenge mankind to think and evaluate his place in the social realm of society.

This is the reason that after 50 years the dream is still as fresh as it was the first day that the arrow of moral vicissitude was released and it pierced our hearts and moved us to repent from our immoral spirit of selfish indignation.

As an ever-living voice, the dream continues to reach out to the generations of the old, middle aged, young adults and youth. This dream will always call us to live soberly and just as we interact with each other in our social realms. So today marks the 32nd year of celebration here in Fontana, as we remember the fact that it was the spirit of the people inspired by a speech about a dream that has motivated our community to continue to work to provide an overall better quality of life.

We are grateful for the monumental visit of Dr. William J. Barber ll who will join us on January 18th at the Westside Baptist Church, 15006 Randall Ave. here in Fontana at 3:00pm.  Dr. Barber has been commissioned to be a voice in this era to call the people nationally to a new moral level addressing homelessness and poverty.  William J. Barber, II is a pastor and social justice advocate. That is building a broad-based grassroots movement. The movement is grounded in the moral tenets of the faith-based communities and the constitution. The role of this movement is to confront systemic racism, poverty, environmental devastation, war, the economy and the distorted moral narrative of religious nationalism in America today.

As pastor of Greenleaf Christian Church in Goldsboro, North Carolina (since 1993) and president of the North Carolina conference of the NAACP (2005–2017), Barber approaches social justice through the lens of the ethical and moral treatment of people as laid out in the Christian Bible, the Reconstruction and civil rights movements of the South, and the United States Constitution.

Barber founded Repairers of the Breach, a leadership development organization, in 2014 to expand and build a national movement rooted in moral analysis, moral articulation, and moral action. In 2016 he led a moral revival tour that covered 26 states and attracted thousands. In 2017, he and colleagues launched a revival of the 1968 Poor People’s Campaign that was spearheaded by Rev. Dr. Martin Luther King, Jr., and many others. Dr. Barber began with an audit of systemic racism, poverty, ecological devastation, and the war economy in the United States since 1968. This campaign has been recast for the twenty-first century, building state and local, non-partisan movements that are committed to shifting the moral narrative, thereby building power to challenge laws and policies that hurt the poor and threaten our democracy.

Merging moral and activist traditions, Barber is providing a faith-based framework for action that strengthens civic engagement and inspires the country to imagine a more humane society.

I also thank Dr. Barber for reviving “The Poor People’s Campaign” that is now moving to march on Washington D.C., June 20, 2020.  After 52 years of dormancy, the peoples voice will be heard again heralding the advocacy for the Poor.

This year we wanted the spirit of Dr. King to look at the homeless epidemic that has gripped our region and society.  Dr. King’s voice reminds us that none of us are very far from being homeless and compassion is what God calls us to walk in so that we are to continue to challenge governments to legislate and put in place the type of governance that is fair to all in terms of rents, employment, environment,  and medical services that covers the whole man physically, psychologically, and spiritually.

So today, let us resolve to work diligently to keep the dream alive!