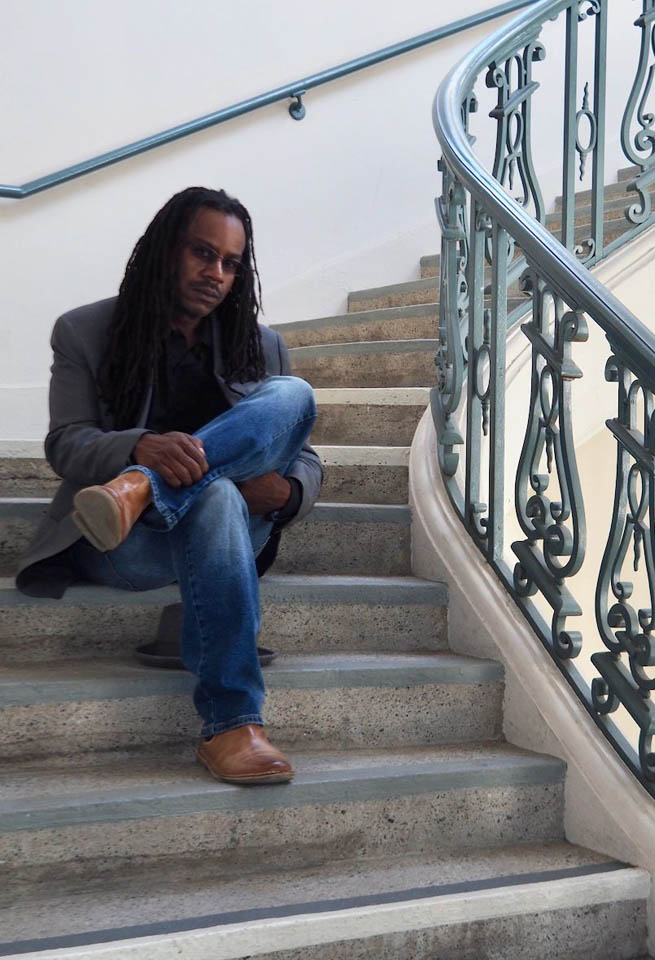 If you are a potential African-American entrepreneur searching for ways to get started, Layon Darnell Hines’s documentary called God Bless the Child, gives you the recipe of how to make money while being your own boss.

Hines, known by his family and intimate friends as ‘Monk,’ is a man of many talents. He inherited the nickname ‘Monk’ when he traveled to Beijing, China on business. In China, the term ‘Monk’ means wise one; which is an apparent characteristic within Hines’s personality.

Born in Torrance, California, businessman Monk Hines is an advocate for African-American entrepreneurship. In his new film project, God Bless the Child, now in production, he demonstrates to African-Americans and others how to make money while being in charge of themselves.

Monk explained that the documentary is about one man’s personal journey to build his own business and learning what it takes to make it financially successful.

Hines, an entrepreneur, movie producer and graphic artist, has been wanting to be his own boss since the age of 19. Now 26 years later, he is living his dream-Entrepreneur extraordinaire.

“I wanted to be an entrepreneur because I knew there were people that weren’t going to let me tell them what to do,” said Hines.

Hines has been working on his film, God Bless the Child for about a year and is at the apex of going into production.

“I just want to show people, especially young, African-Americans entrepreneurs how to make money and inspire others all over the world,” he said.

The title of the film came from a community colloquial saying Billie Holiday verse; “Them that’s got shall get, them that don’t shall lose, and it still is news mama…”

The essence of this statement comes from a classic Billie Holiday song which refers to the concepts of God blessing the child or a child who has its own.

Hines, the executive producer of this film, has a list of  successful African-American entrepreneurs who overcame incredible odds to find success using…

“What was so great to me was when people heard of my work and reached out to me to film at various places within these cities,” he said.

Hines felt as though things were lining up perfectly as he sought potential people at site. He appreciated how things were working in his favor and how people were being so willing and eager to be apart of this production.

God Bless the Child does not have a set release date, however Hines is certain that it will be released late some time in the next year.

In addition to the film work, Hines serves as the only African-American Council Chair with the World Council of Peoples for the United Nations (WCPUN). He is the chair for the Advisory Council for Entrepreneurship.

He was selected February 19, 2018 and works closely with the WCPUN President.

The WCPUN is a non-profit, non-governmental organization that focuses on facilitating partnerships across sectors internationally that promote awareness of the United Nations’ goals.

Monk expressed that he does not like recognition, he just likes to do his work and help people.

Toledo and Hines met through a mutual contact where he expressed his interest in such an organization.

“He’s the most positive person I know, his work ethic is unmatched and he never gives up,” said Sherrill Kazan Álvarez de Toledo.

Hines believes that his purpose on this earth is to inspire people to greatness. His personal inspiration came and still comes from the elders of his community, the world and his personal mentors.

“I have an older uncle and he retired from his job, but still had to work so he went to a retail superstore,” he said. “I saw him struggling with back problems and thought to myself, I can’t let that be me.”

Seeing that pushed him into being an entrepreneur.

Mr. Hines is all about people trying to find their significance and is definitely about his business.  He stated, “I don’t talk about myself, I do the work and let it speak for me.”

When describing himself, he said, “I’m your modern day Renaissance Man.”

The DZI Group was founded by Hines in 2006. The DZI group focuses on IT and MultiMedia services to medium sized enterprises and local government offices.

In 2008, DZI expanded its service offering to an international market, working globally on projects. For its stellar work in promoting development world wide, DZI was one of but two firms featured in “Centerpointe,” an international business journal published by the World Council of Peoples for members of the United Nations.

“I love being an entrepreneur. I love the autonomy, I do what I want to do,” he said. “No one is going to pay me better than me.”Hines loves working for himself and feels that he could not have it any other way.

When asked for a couple of success tips that aided him on his journey, he stated: to focus, to have passion and to have a relentless drive for excellence.