California Democratic Party Black Caucus Elects All Women to Board 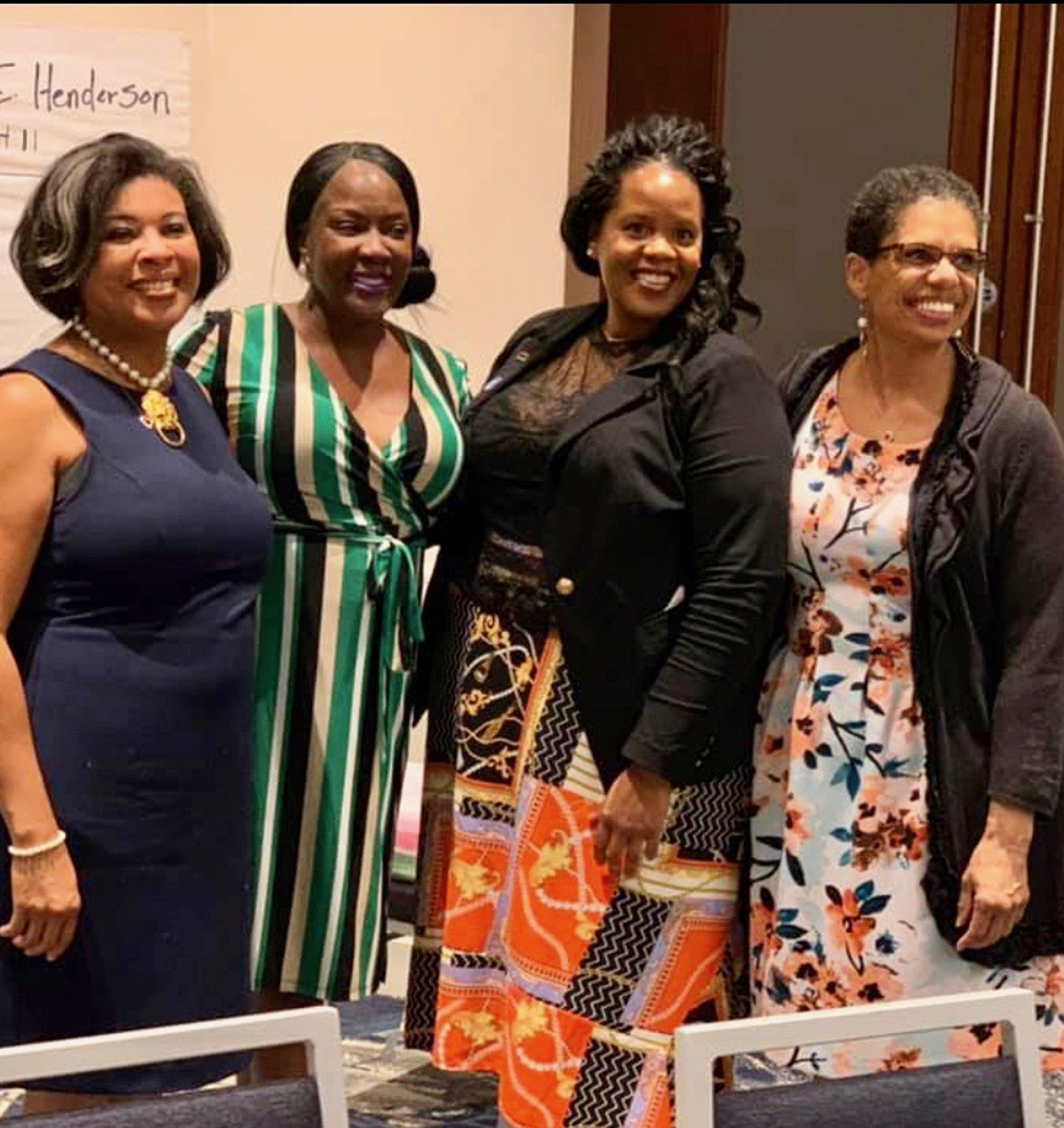 You could feel the high level of energy in the room when the California Democratic Party African American Caucus (CDPAAC) made history this past weekend, electing four Black women to lead the organization.

“I am at a loss of words. People were crying, cheering and texting me congratulations – all at the same time,” said Taisha Brown, who the CDPAAC’s members elected chair at the group’s convention, held Aug. 23-Aug. 25 at the Hilton DoubleTree in San Jose.

Brown is only the third woman and the first in 20 years to win the leadership role of the CDPAAC. The other Black women elected to the board are Kendra Lewis, vice chair, Lorrie Brown, recording secretary, and Cecile Nunley, treasurer.

Democrats in California and around the country often refer to Black women as the “backbone” of their party. About 7 out of 10 eligible Black Women voters show up to the polls in national elections (a higher percentage than any other sub-group) and over 90 percent of them consistently vote for Democrats.

But the Democratic Party has also been accused of taking African Americans for granted: not appointing them to leadership positions or failing to back them when they run for elected office.

In June, Bay area political activist Kimberly Ellis, who is African American, lost her run for California Democratic Party (CDP) chair to Los Angeles-area labor activist Rusty Hicks by about 420 votes. Several union leaders, a number of elected officials, some influential Democratic groups and the majority of Black women, including Brown, backed Ellis’ candidacy. So, her loss came as a disappointment to many of her supporters who hoped she would become the first Black woman to lead the state Democratic party in 30 years.

After becoming CDP chair, Hicks has since appointed Ellis co-chair of a delegate committee set up to reform the party’s nine standing committees.

Yet, there are no African American officials in the leadership ranks of the CDP. There are only two Black women serving as regional directors.

For many Black Democrats in California, electing all women to the CDPAAC’s board signals and celebrates the broader and growing political strength of African American Women in the party.

Willie P. Blair, state chair of the Black American Political Association of California, said he is excited by the new board’s historic achievement.

“The Honorable Ms. Taisha Brown, I am so proud of this historic election for you and your new staff to these very prestigious positions,” said Blair.  “But take my word, the very best is yet to come for you and your team! Congratulations.”

Brown became acting chair of the CDPAAC this summer when her predecessor Darren Parker, the former elected chair, died after battling cancer. Black Democrats across the state remember Parker as a persuasive political activist and strong advocate for African Americans.

He lead the CDPAAC for more than a decade.

Now, as she assumes her role as elected chair, Brown says she is “excited, energized and ready to turn the CDPAAC around to become one of the top caucuses in the California Democratic Party.”

Brown says she also plans to mobilize regional directors across the state and get in touch with every African American running for office in California. Brown says her coalition building will also include outreach to communities of foreign-born Democrats like Eritreans, Ethiopians, Nigerians and other African and Caribbean immigrants with large communities across the state.

“Tonight, I am speechless,” said Lewis, the CDPAAC’s new vice chair after the election. “I am the proud daughter of a longshoreman whose family came from the South to the great Bayview-Hunter district. I am ready to serve you.”