Home > National > Felicity Huffman Gets 2 Weeks in Jail for Gaming Educational System — Not So Long Ago, a Black Mom Wasn’t So Lucky

Felicity Huffman Gets 2 Weeks in Jail for Gaming Educational System — Not So Long Ago, a Black Mom Wasn’t So Lucky 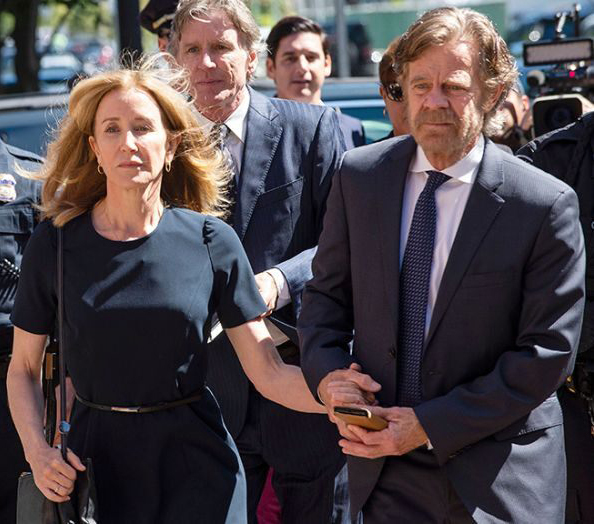 With tears of misspent white privilege streaming down her face, actress Felicity Huffman was sentenced Friday to 14 days in prison for paying a fixer to change her daughter’s SAT scores in order to secure her a spot in the college of her choice.

It was the first major outcome of a national college admissions scandal that snared Huffman and a number of wealthy, predominantly white, families, accused of gaming the nation’s college admissions system to get their privileged kids into the schools they desired.

As the Los Angeles Times explains:

Friday’s sentencing hearing in Boston capped months of embarrassing scrutiny for the “Desperate Housewives” star, whose reputation in Hollywood as a down-to-earth anti-diva has been tarnished by the revelation she paid $15,000 to William “Rick” Singer, a college admissions consultant who preyed on his wealthy clients’ anxieties about getting their kids into top schools and their willingness to pay huge sums to access his illicit operation.

Huffman was one of 33 parents charged in March in a sweeping investigation into Singer’s scheme. Some, like Huffman, were accused of paying Singer to boost their children’s SAT and ACT scores. Others were alleged to have paid larger, six-figure sums to slip their children into elite schools — Yale, Stanford, Georgetown, UCLA and USC, among others — as purported athletic recruits for sports they didn’t play.

In sentencing Huffman to 14 days in prison, community service, and a $30,000 fine, U.S. District Judge Indira Talwani rejected the actress’ request to be spared jail time.

However, Huffman’s sentence paled in comparison to that of another mother, a black woman from Connecticut named Tanya McDowell, who was sentenced to five years in prison for the crime of using a friend’s address to enroll her son in kindergarten in 2010, as The Hour explained in a 2017 story.

And yet another black woman, an Ohio mom named Kelley Williams-Bolar, spent nine days in jail in 2011 for a similar so-called crime — using her dad’s address to enroll her child in a better-performing school district. Her case, as the Akron Beacon-Journal reports, was referenced by federal prosecutors in Huffman’s case as they tried to get the judge to hand down a harsher sentence.

As The Hill noted when the college admissions scandal first broke, critics called out the disparities between how Huffman’s and the other wealthy parents’ plights were being positioned versus that of McDowell’s and Williams-Bolar’s.

According to The Hour, McDowell was homeless at the time she used a friend’s address for enrollment purposes. And while her sentence was indeed served concurrently to that for an unrelated drug conviction, the sentence for the school enrollment issue alone was still a disparate five years.

And the sentence Williams-Bolar received simply for using her child’s grandfather’s address for enrollment is on par with what Huffman received for the more serious crime of willfully participating in an elaborate plot to scam a university into admitting her daughter.

(Sidenote: With all that Hollywood money at her disposal, Huffman couldn’t have just made a huge donation and gotten her kid in the “old money” way?)

In any case, Huffman is to report to prison Oct. 25, per NBC News, but wealth and white privilege still seem to be ruling the day.

And it all skirts the real issues surrounding educational inequity in this nation: Not whether some wealthy, less-qualified high schoolers are allowed in to some of the nation’s most elite universities, but when will the quality of a child’s education not be predicated on her zip code, race or economic status?

And when will there truly be equal justice under the law?