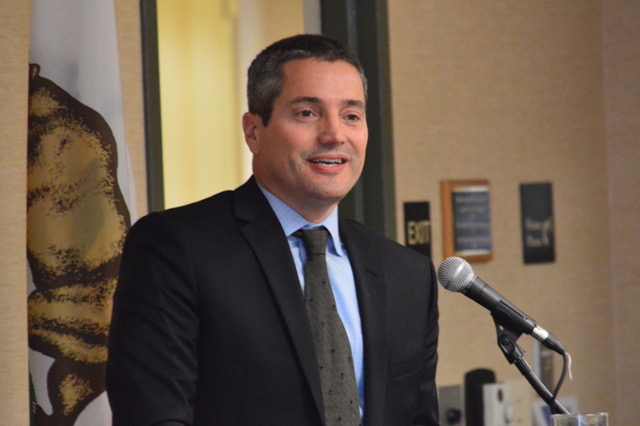 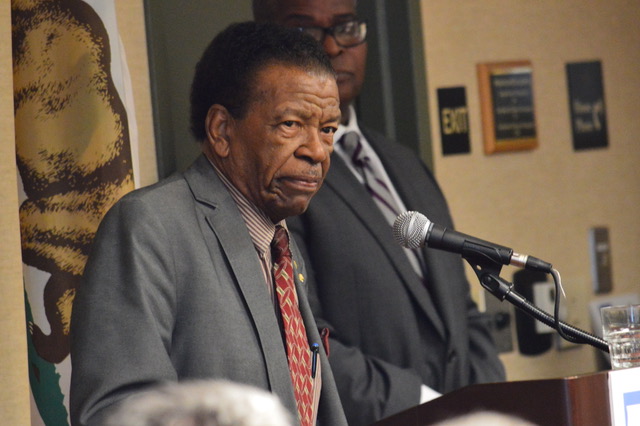 1. William Paterson, EBMUD’s Vice President of the Board of Directors, says that water is a huge issue in his ward in Oakland. About 2,300 of his constituents get assistance to pay for water.

The shortage and contamination of water in California is hitting millions of people hard, particularly Blacks and Latinos.

More than 300 communities across the state and one out of every four schools in the Central Valley lack access to safe drinking water, according to the state Water Board. The problem is so bad in some places, families end up spending about 10 percent of their income buying bottled water.

Responding to the crisis, Gov. Gavin Newsom is calling for a new water tax. If the proposal passes, the levy will generate $110 million in annual revenue. But some Californians – many working directly with the state’s water authorities – oppose the plan. They say there are better ways to raise the money needed than taxing tap water.

“We met with residents who cannot drink or bathe with the water in their homes — while paying more for it than those in Beverly Hills,” the governor tweeted in January.

The “safe and affordable drinking water fund” Gov. Newsom is proposing in his 2019-2020 state budget, is slated to assist low-income or disadvantaged communities.

About 2,300 families in his ward receive  “special assistance” to help pay their water bill, says Patterson who is African American. EBMUD also has to address the needs of homeless people who have limited access to clean water. Many schools in Ward 6 have old pipes, too, which expose students to lead and contamination.

“They have to decide between medicine and paying their water bill,” said Patterson, talking about his district’s residents. “They need assistance.”

The CCBC say it organized the event to engage Black business leaders on the complexity of clean and affordable water.  Participants discussed how the problem affects Black and low-income residents in California.

Wade Crowfoot, California Secretary for Natural Resources, and Cindy Tuck, Deputy Executive Director of the Association of California Water Agencies, were the keynote speakers. They both heard Paterson’s concerns.

“This isn’t some sort of estimate that’s disputed. This is fact validated by the government,” Crowfoot said. “I am inspired by Gavin Newsom actually stepping in to take on this problem.”

Crowfoot runs an agency that has about 19,000 employees and an annual budget of $15 billion dollars. He is responsible for state resources that include water, parks, fish and wildlife, oil and gas production, and some parts of energy.

Crowfoot said the water tax “breaks up into two parts,” one-part agriculture and the other residential and business. On the agriculture side, imposing a fee on fertilizers, dairy, and livestock would generate about $30 million each year.

Newsom’s suggestion to add a “surcharge” on residential and business’ water bills would generate $80 million each year. It would not, however, apply to low-income residents earning 200 percent under the poverty level.

“California is stepping up to ensure all residents have clean and safe water,’” Crowfoot said. “The notion is spreading the costs.”

The Association of California Water Agencies (ACWA) wants to solve the water problems, too. But not by imposing fees on taxpayers. ACWA suggests that there are alternative ways of generating the $110 million needed for the fund.