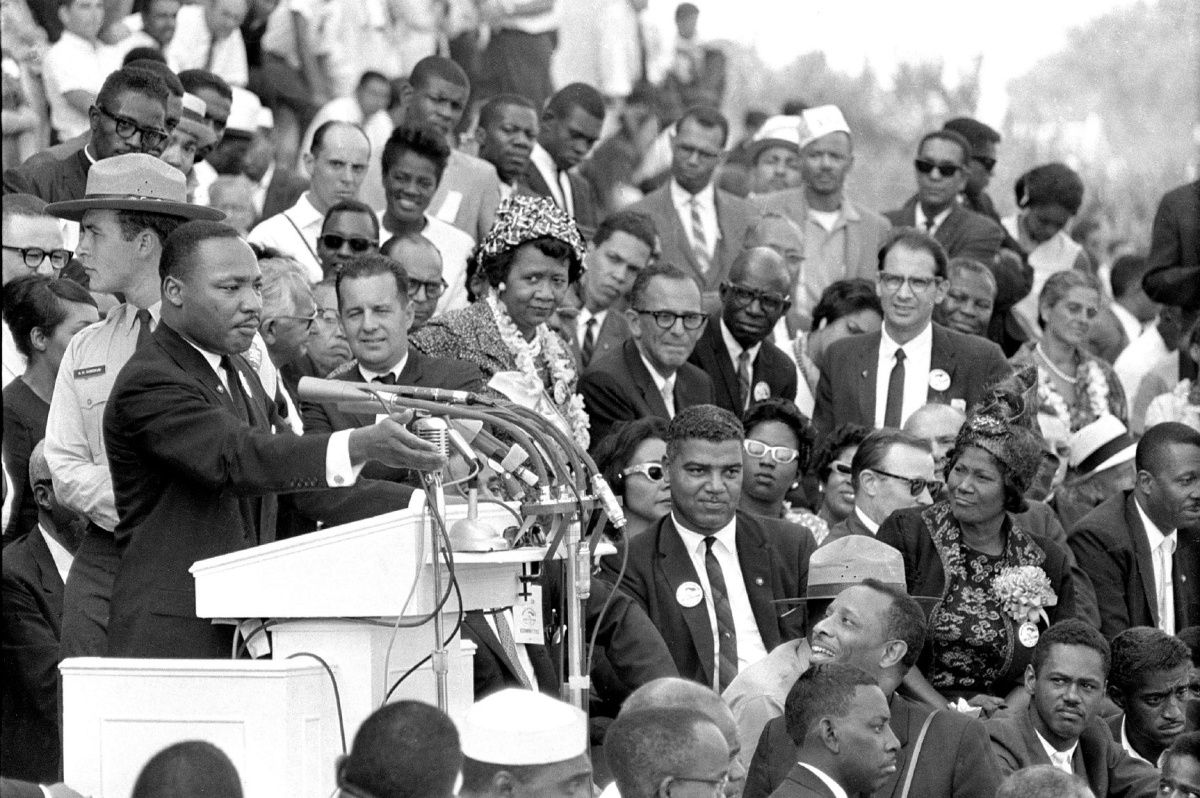 He went to university and gained doctorate in Theology. He was a minister in the Baptist Church, one of the strands of Christianity derived from the Protestant faith. He started to write early, penning down his thoughts and beliefs to paper.

Rev. Martin was a born reformer. For him, it was a black woman being arrested for refusing to give up her seat on a bus to a white man. Like Martin Luther, he saw his parishioners struggling in the face of a corrupt and autocratic system. He spent his life fighting for justice and equality in the eyes of God and their fellow man.

Dr. King wore many feathers on his cap- he was a devoted husband, a doting father, despite his other commitments. He lived amidst controversy, suffered incarceration and death threats. Sadly, he died before he should have.  Dr. King struggled with the laws and doctrines of his time and worked to eradicate segregation in America. Dr. King left the world a better place; leaving also large tracts of his thoughts and beliefs through the written and spoken word.  Dr. King was a modern thinker, many say bridging the gap between medieval times and the Renaissance. His writings are timeless.

Dr. Martin Luther King Jr was renowned for his simple and powerful oratory. His sentiments echoed the desire of so many and have become near universal beliefs.

The Luther King holiday and Its Meaning

The Martin Luther King, Jr. Holiday celebrates the life and legacy of a man who sowed the seeds of hope and healing in America. We commemorate the timeless values he taught us through his example — the values of courage, truth, justice, compassion, dignity, humility and service that so radiantly defined Dr. King’s character and empowered his leadership. On this holiday, we commemorate the universal, unconditional love, forgiveness and nonviolence that empowered his revolutionary spirit.

The King Holiday honors the life and contributions of America’s greatest champion of racial justice and equality, the leader who not only dreamed of a color-blind society, but who also lead a movement that achieved historic reforms to help make it a reality.

This day also commemorates Dr. King’s great dream of a vibrant, multiracial nation united in justice, peace and reconciliation; a nation that has a place at the table for children of every race and room at the inn for every needy child. We are called on this holiday, not merely to honor, but to celebrate the values of equality, tolerance and interracial sister and brotherhood he so compellingly expressed in his great dream for America.

It is a day of interracial and intercultural cooperation and sharing. No other day of the year brings so many people from myriad cultural backgrounds together in such a vibrant spirit of togetherness. Whether you are African-American, Hispanic or Native American, Caucasian or Asian-American, you are part of the great dream Dr. Martin Luther King, Jr. nurtured for America. It is a peoples’ holiday!

We commemorate on this holiday the leader and the visionary who embraced the unity of all faiths in love and truth. And though Dr. King was an American, on this holiday we must also venerate the global leader who inspired nonviolent liberation movements around the world.

The King Holiday celebrates Dr. King’s global vision of the world house, a world whose people and nations had triumphed over poverty, racism, war and violence. The holiday celebrates his vision of ecumenical solidarity, his insistence that all faiths had something meaningful to contribute to building the beloved community.

This holiday honors the courage of a man who endured harassment, threats and beatings, and even bombings. We commemorate the man who went to jail 29 times to achieve freedom for others, and who knew he would pay the ultimate price for his leadership but kept on marching and protesting and organizing anyway.

Every King holiday has been a national “teach-in” on the values of nonviolence, including unconditional love, tolerance, forgiveness and reconciliation, which are so desperately-needed to unify America. It is a day of intensive education and training in Martin’s philosophy and methods of nonviolent social change and conflict-reconciliation. The Holiday provides a unique opportunity to teach young people to fight evil, not people, to get in the habit of asking themselves, “what is the most loving way I can resolve this conflict?”

On this day, people recognize yet one more time the power of unconditional love even for one’s adversaries to fight injustice and defuse violent disputes. It is a time to show them the power of forgiveness in the healing process at the interpersonal as well as international levels.

Dr. Martin Luther King, Jr. Day is not only for celebration and remembrance, education and tribute, but above all a day of service. Across America on this day, his followers perform service in hospitals and shelters and prisons and wherever people need some help. It is a day of volunteering to feed the hungry, rehabilitate housing, tutoring those who can’t read, consoling the broken-hearted and a thousand other projects for building the beloved community of his dream.

Dr. King once said that we all have to decide whether we “will walk in the light of creative altruism or the darkness of destructive selfishness. Life’s most persistent and nagging question, he said, is `what are you doing for others?’” he would quote Mark 9:35, the scripture in which Jesus of Nazareth tells James and John “…whosoever will be great among you shall be your servant; and whosoever among you will be the first shall be the servant of all.” And when Martin talked about the end of his mortal life in one of his last sermons, on February 4, 1968 in the pulpit of Ebenezer Baptist Church, even then he lifted the value of service as the hallmark of a full life. “I’d like somebody to mention on that day Martin Luther King, Jr. tried to give his life serving others,” he said. “I want you to say on that day, that I did try in my life…to love and serve humanity.”

We call you to commemorate this Holiday by making your personal commitment to serve humanity with the vibrant spirit of unconditional love that was his greatest strength, and which empowered all of the great victories of his leadership. And with our hearts open to this spirit of unconditional love, we can indeed achieve Dr. Martin Luther King, Jr.’s dream. May we who follow Dr. King now pledge to serve humanity, promote his teachings and carry forward his legacy.

The King Holiday and Its Conception

On August 2, 1983, the U.S. House of Representatives passed a bill creating a legal public holiday in honor of the Dr. Martin Luther King, Jr. Although there had been little discussion of the bill in the House itself and little awareness among the American public that Congress was even considering such a bill, it was immediately clear that the U.S. Senate should take up the legislation soon after the Labor Day recess.

The House had passed the King Holiday Bill by an overwhelming vote of 338-90, with significant bipartisan support (both Reps. Jack Kemp and Newt Gingrich voted for it), and the Reagan administration was indicating that the president would not veto it if it came before him. In these circumstances, most political observers seemed to think that Senate enactment and presidential signature of the bill would take place virtually unopposed; few anticipated that the battle over the King holiday in the next few weeks would be one of the most bitter congressional and public controversies of the decade.