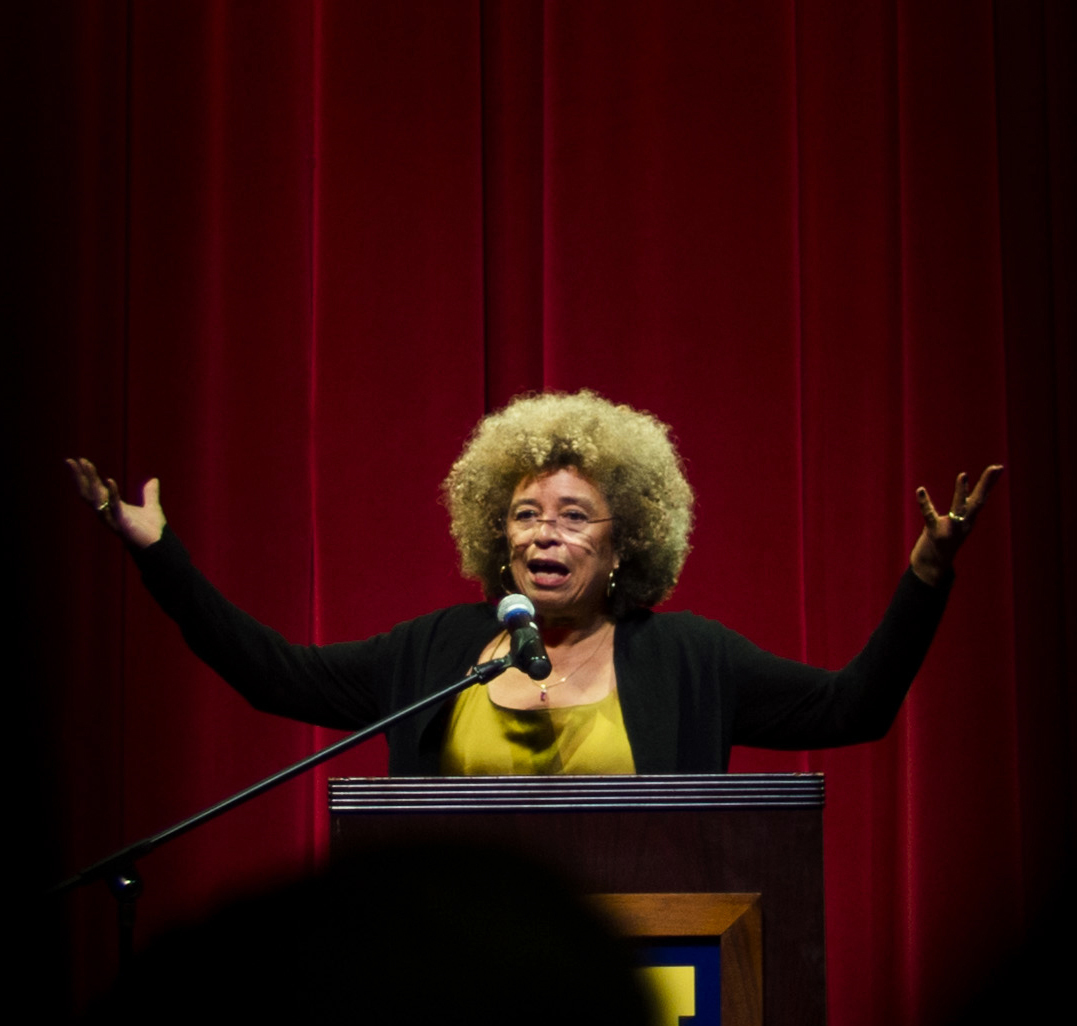 Birmingham, AL. (AP) — Black activists on Monday called for leadership changes and protests at an Alabama civil rights museum after it rescinded an award for political activist Angela Davis, a move the mayor said followed complaints from the Jewish community.

Speaking outside the Birmingham Civil Rights Institute, located in the same downtown area where civil rights violence once shocked the nation, organizers told a news conference that Davis, a Birmingham native, was wronged by the decision to rescind the honor.

“This is the ultimate insult to deny Angela Davis her inheritance,” he said. Museum leaders should quit, he said, and protests will be held. Other speakers called for a boycott.

The institute announced in September that Davis would receive the Fred L. Shuttlesworth Human Rights Award, named for the late minister who once prominently led civil rights demonstrations in the city.

In a statement posted on its website over the weekend, the publicly funded museum said it was canceling a gala set for next month and rescinding the award after directors concluded Davis “unfortunately does not meet all of the criteria on which the award is based.”

Mayor Randall Woodfin said he was “dismayed” by the decision, which he said followed “protests from our local Jewish community and some of its allies.”

The longtime executive director of the Birmingham Jewish Federation, Richard Friedman, did not immediately return a phone message seeking comment.

A representative of the Birmingham Civil Rights Institute did not immediately return an email message seeking comment; neither did a California-based agency that represents Davis.

Palestine Legal, an organization that provides legal advice and support for Palestinian-rights activists, said in a statement that rescinding the honor puts Davis on “a long list of scholars and activists who have been censored, fired, de-funded, defamed, harassed and targeted with frivolous litigation because of concerted efforts by the Israeli government and anti-Palestinian organizations in the U.S. to silence debate.”

Davis, 74, has spent decades fighting for civil rights. She was an active member of the Black Panther Party, Student Nonviolent Coordinating Committee and Communist Party USA. She also is an outspoken supporter of the Boycott, Divestment and Sanctions movement targeting Israel’s treatment of Palestinians.

The civil rights institute’s president and CEO, Andrea Taylor, said in October that the organization was “thrilled to bestow this honor” on Davis whom she described as “one of the most globally recognized champions of human rights, giving voice to those who are powerless to speak.”

But the institute announced Saturday that in late December, “supporters and other concerned individuals and organizations, both inside and outside of our local community, began to make requests that we reconsider our decision.”

The statement did not indicate what criteria Davis didn’t meet, nor did it identify the origin of the complaints. Many people responded with outrage on Twitter and Facebook.

Mayor Woodfin called the museum’s decision a reactive and divisive decision and offered to facilitate a community dialogue in response. While the city helps fund the museum, one of the top tourist draws in Alabama, it doesn’t get involved in “programmatic decisions,” Woodfin said.

Protest organizer Carlos Chaverst Jr. said the city has gotten involved at the institute before and could intervene if it wanted to do so.