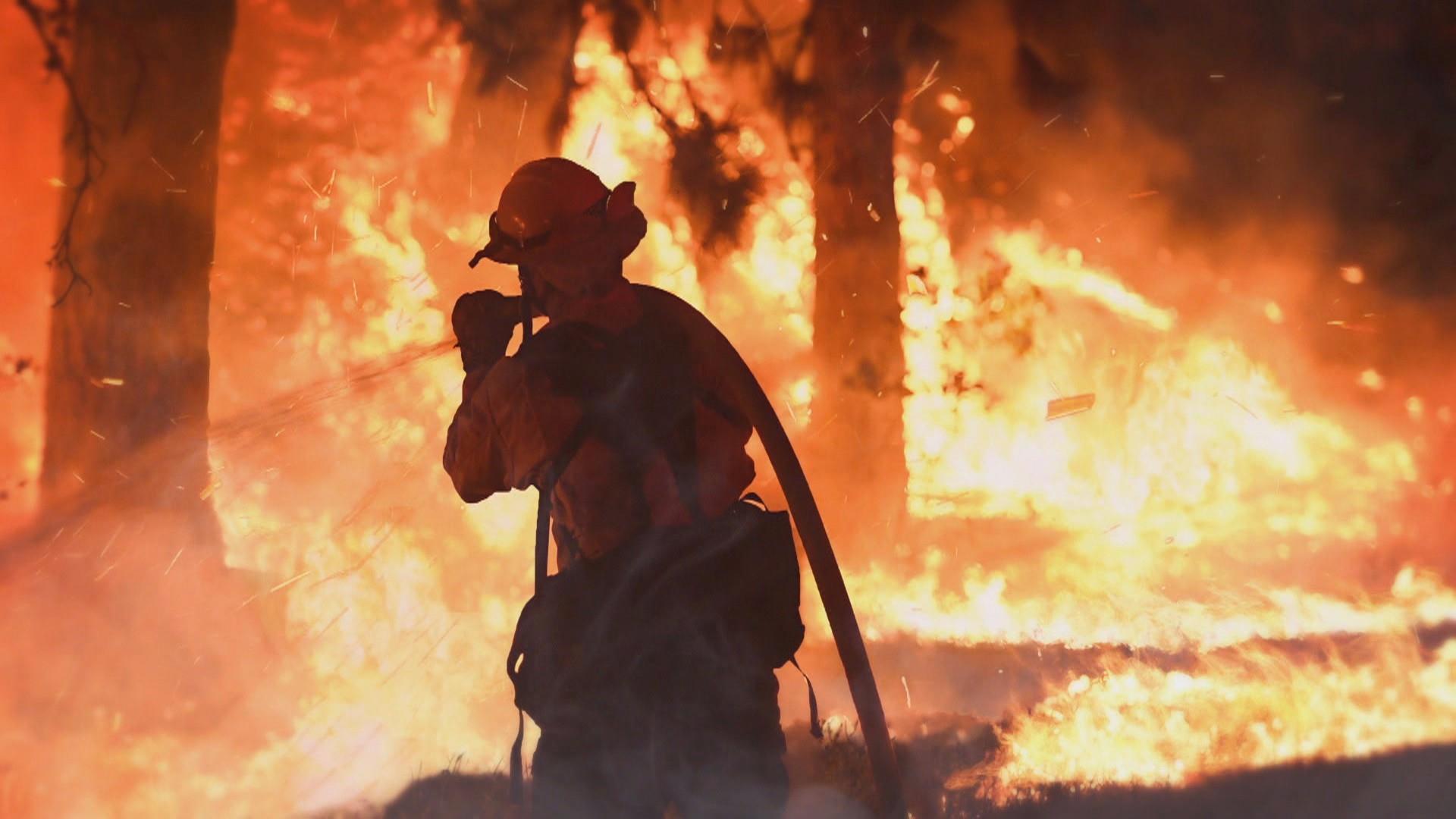 Lakeport, CA (AP) — The largest wildfire ever recorded in California needed just 11 days to blacken an area nearly the size of Los Angeles — and it’s only one of many enormous blazes that could make this the worst fire season in state history.

Some 14,000 firefighters from as far away as Florida and even New Zealand are struggling to curb 18 fires in the midst of a sweltering summer that has seen wind-whipped flames carve their way through national forest land and rural areas, threaten urban areas and incinerate neighborhoods.

“For whatever reason, fires are burning much more intensely, much more quickly than they were before,” said Mark A. Hartwig, president of the California Fire Chiefs Association.

California is seeing earlier, longer and more destructive wildfire seasons because of drought, warmer weather attributed to climate change and home construction deeper into the forests.

Some of the largest fires have erupted just within the past few weeks as the state has seen record-setting temperatures — and the historically worst months of wildfire season are still to come.

In Northern California, the record-setting Mendocino Complex — twin fires being fought as a single conflagration — gained ground Wednesday but more slowly because its own smoke covered the area and lowered the temperature, according to the California Department of Forestry and Fire Protection.

California fire officials say more than 14,000 firefighters are battling massive fires across the state, including the Mendocino Complex in Northern California, which now being treated as the largest wildfire in state history. (Aug. 8)

The flames, which had burned 470 square miles (1,217 square kilometers), were raging in mostly remote areas but 116 homes were destroyed. Two firefighters have been injured.

Fire crews expect to gain control of the massive blaze in September, the state forestry and fire protection agency said.

The blaze that broke out July 27 initially spread quickly because of what officials said was a perfect combination of weather, rugged topography and abundant brush and timber turned to tinder by years of drought.

Resources also were thin at first because thousands of firefighters already were battling a fire hundreds of miles north. That fire, which spread into the city of Redding, killed six people and destroyed more than 1,000 homes. The so-called Carr Fire was less than half contained.

“We’re in uncharted territory,” Gov. Jerry Brown warned last week. “Since civilization emerged 10,000 years ago, we haven’t had this kind of heat condition, and it’s going to continue getting worse. That’s the way it is.”