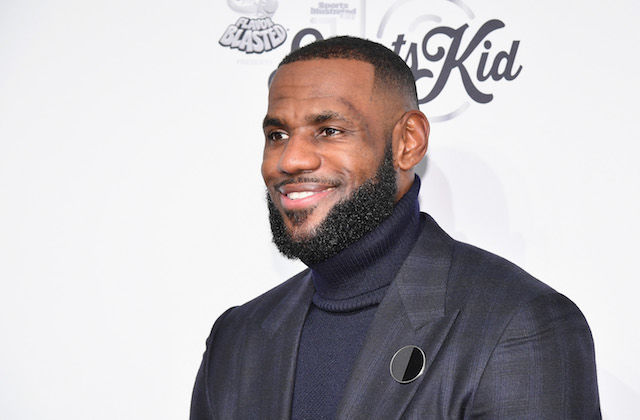 Showtime’s “Shut Up and Dribble,” which counts the NBA superstar among its executive producers, will explore the history of the NBA and activism.

LeBron James attends the Sports Illustrated Sportsperson of the Year Ceremony 2016 at Barclays Center of Brooklyn on December 12, 2016 in New York City.

LeBron James is clapping back at critics who say Black athletes should avoid social justice activism with a new documentary series on the National Basketball Association (NBA) and contemporary sports activism.

Variety reported yesterday (August 6) that the basketball superstar and philanthropist will executive produce “Shut Up and Dribble” for Showtime. The three-part docuseries takes its name from an insult that conservative Fox News host Laura Ingraham leveled at James and fellow NBA player Kevin Durant over their comments about President Donald Trump. A statement notes that the series uses these comments “as a prologue to the series as it chronicles the modern history of the NBA and its players, starting with the 1976 merger of the freewheeling [American Basketball Association] and the more conventional NBA of today.”

“Shut Up and Dribble” will also explore how basketball players use their platforms, especially in the contemporary political environment, to speak out against social injustice and push for change.

“If being a star athlete is inherently a political experience, [then] ‘Shut Up and Dribble’ tells that complex and dramatic story from the past to the present and from the inside out,” Showtime Networks CEO David Nevins said when announcing the program during the Television Critics Association’s summer press tour yesterday (August 6).

James will executive produce alongside longtime producing partner Maverick Carter and the docuseries’ director, Gotham Chopra (“Religion of Sports”). Showtime will air “Shut Up and Dribble” in October.

James recently made headlines when he opened the doors to the I Promise School, which serves under-resourced third- and fourth-grade students in his hometown of Akron, Ohio. Time reports that the public school, which his foundation developed in collaboration with the local school district, offers wraparound support for students and their families, including GED classes and job placement programs. By Sameer Rao, Colorlines; Photo: Slaven Vlasic/Getty Images