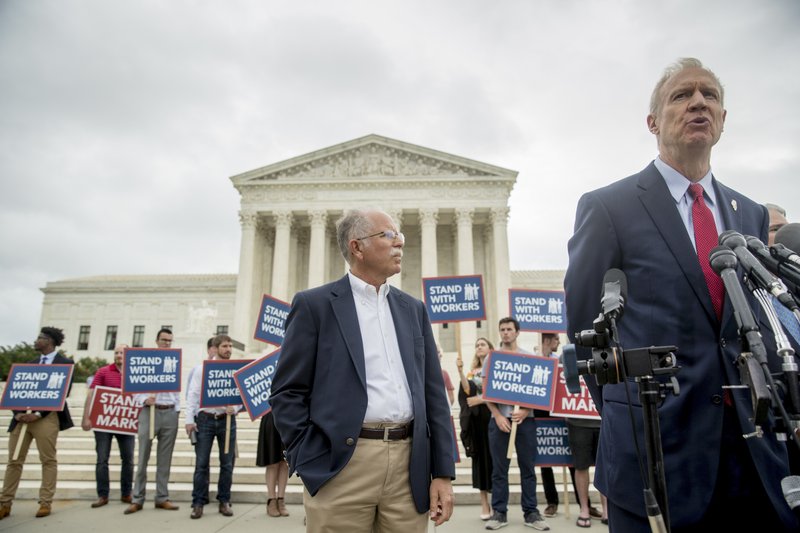 The Supreme Court struck a major blow to the power of public sector unions yesterday. In a 5-4 decision, the justices ruled that public-sector unions could not collect dues from non-union members. Before the decision, workers who did not decide to join a union were still charged “agency fees” for services such as collective bargaining. (This describes the practice of large unions negotiating wages and benefits that affect all employees, regardless of their union membership.)

The ruling was motivated by a case between Mark Janus of Illinois and the American Federation of State, County and Municipal Employees. Janus argued that the union supported collective bargaining, which was a political issue. He said since he was paying union fees, he was forced to support a political stance and that was a violation of his First Amendment rights.

The 5-4 decision was split along partisan lines with the liberal wing of the court voting against it and the conservative wing voting for it.

“It is hard to estimate how many billions of dollars have been taken from nonmembers and transferred to public-sector unions in violation of the First Amendment. Those unconstitutional exactions cannot be allowed to continue indefinitely,” he said.

“State and local governments that thought agency fees furthered their interests will need to find new ways of managing their workforces,” wrote Kagan. “Across the country, the relationships of public employees and employers will alter in both predictable and whole unexpected ways.”

“I commend the United States Supreme Court for freeing public employees from paying mandatory union dues with the Janus decision. This decision will have a profound impact on the lives of many California employees who want the choice of where to spend their hard-earned money without being forced to subsidize public employee unions that do not represent them or their beliefs,” he said.

But SEIU 721 based in Los Angeles said the Janus ruling would take away employees’ bargaining power. SEIU 721 is the largest public-sector union in Southern California.

“By tricking workers into dropping their membership, greedy special interests will make sure workers have less power at the bargaining table – ultimately taking everything away in your contract,” said a news statement on its website. “Today’s decision is the culmination of a decades-long scheme by the greedy rich (who funded this court case and many others) to get rid of good union jobs once and for all by pitting workers against workers.”

The California Teachers Association (CTA) was also unhappy with the Janus ruling. The CTA said the Supreme Court had sided with wealthy interests over working people.

“Today’s ruling is an attack on working people that attempts to further rig the economy and that reverses four decades of precedent,” said CTA President Eric C. Heins in a press release. “The decision is the result of a well-funded and nationally orchestrated effort to weaken the ability of to stand up on behalf of our students and on behalf of quality public schools.”