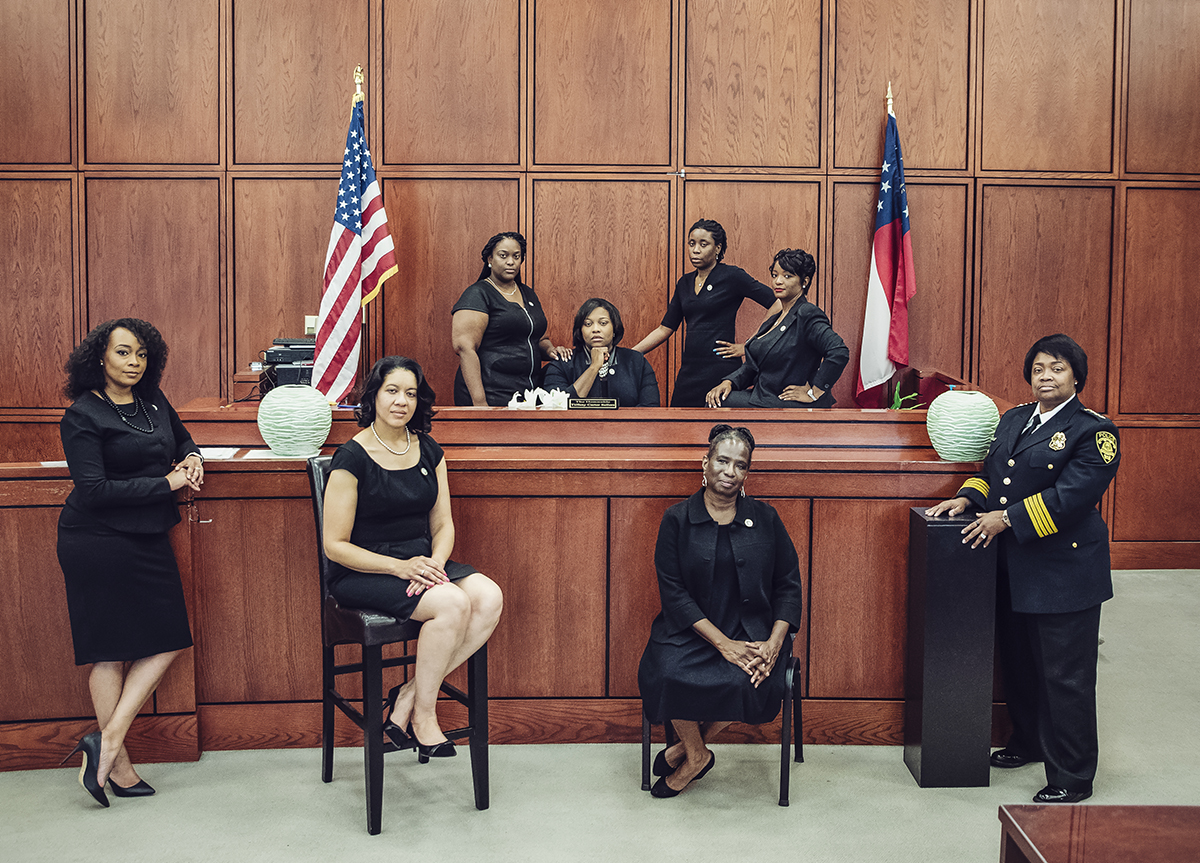 South Fulton, GA — “Let black woman lead” is the mantra, and it looks as if one city in Georgia has taken it to heart.

Only a year after its creation, South Fulton, the fifth-largest city in Georgia, has every aspect of its criminal-justice system run by African-American women, and unsurprisingly, its approach to criminal justice is among the most progressive in the nation.

The Atlanta Voice recently featured eight women in a cover story that showed them dressed in black at the South Fulton County courthouse. To use a popular but never tiresome phrase, it is the epitome of black girl magic.

Six of the women run the most important law enforcement positions in the city:

According to the Atlanta Voice, these black women are quite deliberate in the way in which they carry out their duties for the citizens of the city.

“Our goal is to ensure justice for everyone,” said Sellers, who appointed Cofield court administrator. “However, as African-American women we are sensitive to the history of criminal justice in our country. We want to be an example of how to do things right.”

There are other examples of “doing things right.” From the Atlanta Voice:

Under Sellers’s leadership, the demographics of the court are not the only progressive attributes. Incorporated in the foundation of the City of South Fulton’s municipal court policies are details not found in other systems that have existed for years, including guaranteed access to an attorney, a robust diversion program that is infused into the court process, and overall respect for victims and the accused alike.

Sellers insists on courtroom decorum that shows respect to the accused, victims, and visitors.

“One of the primary purposes of laws is to protect citizens and the city,” Jones, who runs Second Chance, explained. “You can do that without sending everyone to jail or enforce high fees. Most people do better when they know better.”

In South Fulton, all defendants are offered appointed counsel before making a decision about their case.

“Having an opportunity to advise clients ensures justice is received by all,” says Famber Powell.

Come November, if Stacey Abrams wins the governorship, we might all have to pack up and hit the Peach State—at least for vacation.

By Angela Helm, The Root