Home > Uncategorized > Blood is on Your Hands’: Attorney General Curbs Asylum for Immigrant Victims of Violence

Blood is on Your Hands’: Attorney General Curbs Asylum for Immigrant Victims of Violence 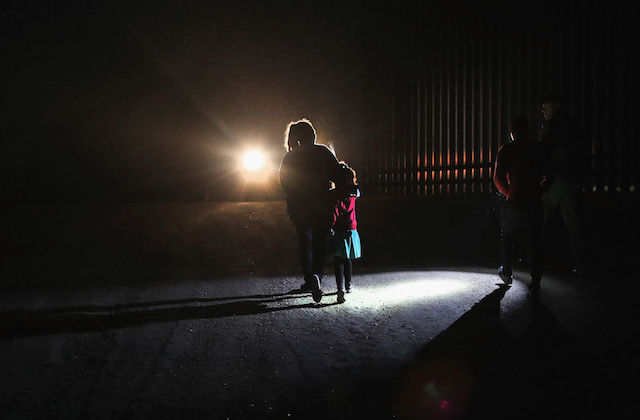 In another contentious strike against federal immigration laws, Attorney General Jeff Sessions on Monday (June 11) announced that he will order immigration courts to stop granting asylum to victims of domestic violence and gang violence. It is expected that this move could threaten tens of thousands of immigrants seeking refuge in the United States.

Sessions overturned a grant of asylum to a Salvadoran victim of domestic violence, saying the ruling was unjustly decided and should not have established precedent. The woman, Aminta Cifuentes, who had been beaten and sexually abused for 15 years, won an appeal in 2014 with the Board of Immigration Appeals, which had overturned a lower court’s decision against her case.

To qualify for asylum, immigrants must establish persecution in their home country based on their race, religion, nationality, political opinions or membership in a social group, which included victims of domestic violence. In 2016, immigrants from Central America and Mexico represented 33 percent of U.S. asylum grants.

Sessions’ directive to immigration courts will drastically alter that equation. The attorney general argued that victims of domestic violence are typically not persecuted as members of a “particular social group.”

“Generally, claims by aliens pertaining to domestic violence or gang violence perpetrated by non-governmental actors will not qualify for asylum,” Sessions wrote in his directive. “Neither immigration judges nor the Board may avoid the rigorous analysis required in determining asylum claims, especially where victims of private violence claim persecution based on membership in a particular social group.”

Immigration advocates and Democratic lawmakers assailed Sessions’ decision as an inhumane assault on victims of violence.

“The impact of Sessions’ unilateral decision regarding who is a refugee will be huge,” said Frank Sharry, executive director of America’s Voice, a pro-immigration group. “Women fleeing violent abuse, young people fleeing murderous gangs and cartels, and people fleeing terrorist groups are being told to go to hell, and to die there.”

“America is better than this, but apparently Attorney General Jeff Sessions is not,” Blumenthal told The Hill. “Today’s decision will send untold numbers of refugees to their deaths. Attorney General Sessions: their blood is on your hands.”

Monday’s announcement adds ammunition to a “zero tolerance” immigration policy, unveiled by Sessions in early May, which has seen hundreds of immigrant parents separated from their children after crossing the U.S.-Mexico border, including asylum seekers.

In the wake of Sessions’ directive, a group of retired immigration judges and members of the Board of Immigration Appeals panned the decision as “an affront to the rule of law.”

“For reasons understood only by himself, the Attorney General today erased an important legal development that was universally agreed to be correct,” the judges wrote. “Today we are deeply disappointed that our country will no longer offer legal protection to women seeking refuge from terrible forms of domestic violence from which their home countries are unable or unwilling to protect them.”