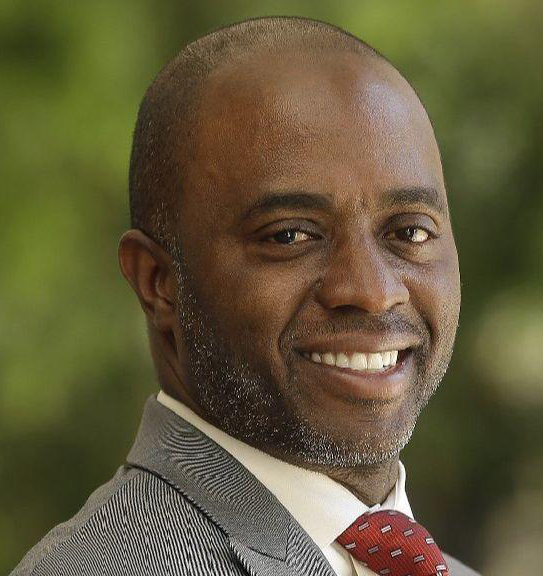 Statewide — Assemblymember Tony Thurmond (D-Richmond) pulled off a hard-fought victory defeating CEO of Green Dot Public Schools Marshall Tuck in the race for Superintendent of Public Instruction. The results were officially certified by the Secretary of State’s Office on Friday, Dec. 14. According to a press release from Thurmond’s campaign, he overcame an 86,000-vote deficit on Election Day to win.

“I want to thank the voters of California for electing me to serve the 6 million students of California, I intend to be a champion of public schools and a Superintendent for all California students,” said Thurmond in a press release. “I ran for superintendent of Public Instruction to deliver to all Californians the promise that public education delivered to me – that all students, no matter their background and no matter their challenges, can succeed with a great public education.”

Thurmond, who is the second African-American and first Afro-Latino to hold the position, describes his heritage in an Op-ed in Latino Edge Magazine explaining his background as “one of blended cultures and traditions.” His mother’s parents were born in Colombia and Jamaica and raised their seven children in Panama. Thurmond’s grandparents on his father’s side were the descendants of African slaves who were brought to America and settled in Mississippi and Detroit, Michigan.

Thurmond, a former social worker, has a background working in public education having served on a school board before being elected to the State Assembly.

In a previous interview with California Black Media he said that one of his goals is to increase the number of minority teachers and reduce the number of students of color who are suspended or diagnosed with behavior disorders.

In his quest, Thurmond can look to the work of Wilson Riles, the first African-American elected as state superintendent in 1970. It was a shock victory that was deemed impossible at the time.  Wiles, who started his educational journey in a one-room school in Louisiana, served in the U.S. Army Air Forces during World War II before becoming an educator. He served three terms as superintendent and was the first African-American elected to a statewide office in California.  The Wilson C. Riles Middle School in Roseville is named after him.

Dr. Shirley Thornton, a retired educator and a member of The Center for Excellence, got to know Riles when she worked in San Francisco. She described him as a “warm educator” and a “sensitive man.”

“He cared about kids who were marginalized,” said Thornton.

She said Riles’ biggest success was with the Title I program and making sure all children received a decent education.

“He kept education at the forefront of the state,” said Thornton.

Thornton said that many of the problems that California faced in the pre-Riles era are still present. Many children are still marginalized by the public education system and are not getting a decent education, she said.

In a recent press release, she said, “We cannot continue to be complacent with a system that provides more counselors, more computer science courses, and more A-G courses for affluent schools than schools in lower-income communities – to name just a few of the injustices impacting California students.”

Vernon M. Billy, CEO and executive director of the California School Boards Association, said in an interview with CBM earlier this year that the real problem is making sure students who need the most help get the right support. In an EdSource editorial published in January, Billy took issue with the California School Dashboard, a tool that was designed to produce a report card on schools.

“In order to uphold California’s tradition of innovation and our responsibility to the state’s 6.2 million public school students, we must do better. That begins with refining the California School Dashboard to increase its focus on equity.

Prioritizing equity would mean being upfront about how many schools need assistance and making equity more prominent on the dashboard display — possibly by placing the names of student groups on the top level of the dashboard or by creating an equity rating for each indicator,” said Billy.

Another issue facing Thurmond is trying to effect change at more than 1,000 school districts in California where each district has its own superintendent. Thornton also worries about how much independence Thurmond shows as SPI, since is supported by the powerful California Teacher Association.  A Sacramento Bee report shows CTA spent about $16 million to help support Thurmond’s campaign.

According to education experts, Thurmond will face several other complex issues as the state’s chief education officer.

Thurmond also says he wants to set up a pilot program to recruit more minority teachers, at a time during a statewide teaching shortage, and many school districts continue to struggle with recruiting teachers of color. Thornton says teacher pay may be a big issue here as it is difficult to attract teachers to the industry when the pay lags behind other professions. She said this is an issue in her community of Marin County, where teacher salaries are not enough to afford local housing.

A particularly vexing problem facing Thurmond is the fact that sources tell CBM they feel the state is still underfunding schools. Although California increased school funding, education advocated argue it still lags behind when you factor in inflation, unfunded mandates and a deal that was struck several years ago when school districts, teachers and the state all agreed to pay more to reduce its unfunded pension liability. According to a Cal Matters news story in July, districts took on the greatest share of those new costs, agreeing to increase payments from 8 percent of their payroll in 2013 to 19 percent by 2020.

Thurmond will have to balance a host of complex issues and news headlines are already appearing that more school districts are facing financial pressure due to rising pension and administrative costs.

VUSD is facing a $22 million structural deficit. And that In order to address this deficit, the governing board is faced with extremely difficult decisions in order to balance their budget.

As state superintendent, Thurmond will have to address many of these issues and somehow get everyone on the same page. Thurman will be sworn in January 7, 9:00 a.m. at the Department of Education.