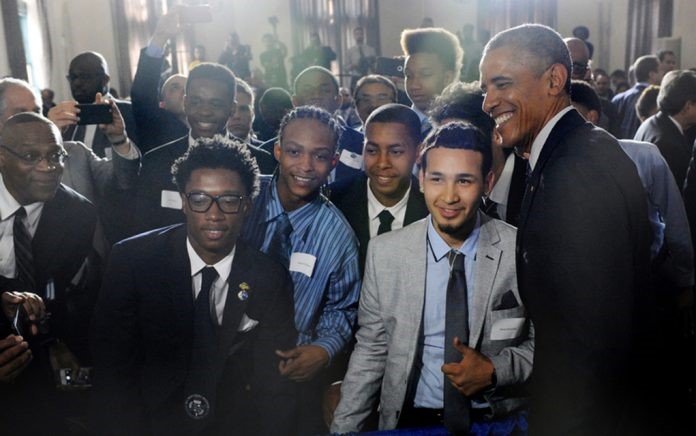 In 2015, we reported on the launch of then-President Barack Obama’s initiative, My Brother’s Keeper Alliance (MBKA) created “to ensure that young men of color will have the tools they need to have a shot at a productive, financially-sound, sustainable future.”

A year prior, President Obama organized a community challenge in which nearly 250 communities responded to by accepting the call to action to adopt innovative approaches, strengthen supports, and build ladders of opportunity for boys and young men of color and other underserved youth. The challenge called for local public and private leaders to convene their communities and youth to develop a local action plan, which would include concrete goals, a protocol for tracking data, benchmarks for tracking progress, and available resources to support communities’ efforts.

This was just one of many initiatives the president launched to benefit young people and minorities. In early 2016, he launched the Computer Science for All initiative to empower students to embrace computer science. “I’ve got a plan to help make sure all our kids get an opportunity to learn computer science, especially girls and minorities. It’s called Computer Science for All. And it means just what it says: giving every student in America an early start at learning the skills they’ll need to get ahead in the new economy,” he was quoted as saying at the time.

Now, the Obama Foundation has launched the My Brother’s Keeper Community Challenge Competition, designed to “provide strategic support and more than $5 million in select communities nationwide to expand evidence-based initiatives that will reduce youth violence, grow effective mentorship programs, and measurably improve the lives of boys and young men of color.”

In partnership with California Funders for Boys and Men of Color, the competition has selected five California communities to receive the grants and be responsible for the roll out of positive life outcomes for these groups.

“When Barack Obama spoke the words, ‘We are the change we seek,’ no one heard them clearer than the young leaders of color standing up for a new vision of youth justice in Los Angeles County,” said Shane Goldsmith, president and CEO of the Liberty Hill Foundation, and co-chair of the CFBMoC’s Southern California Regional Action Committee. “This project will help replace a system that treats young men of color as threats with a youth development system that recognizes them as assets to their communities.”

As part of a two-year engagement, Impact Communities will receive up $500,000 to help jump-start initiatives, build capacity and attract additional resources and partners. In Oakland, the work will be anchored by Urban Strategies Council, while Liberty Hill Foundation will work with California Community Foundation to support the work in Los Angeles, and The Center at Sierra Health Foundation will support the work in Sacramento. Communities receiving Seed grants will receive $50,000 as well technical support to develop a plan and long-term infrastructure. In Fresno, Youth Leadership Institute will support the work, while RYSE Youth Center will lead the work in Richmond.

“California is incubating and growing innovative programs that reduce barriers and unlock opportunities for boys and young men of color,” said Antonia Hernández, president and CEO of the California Community Foundation. “We are proud to bring our insights and community-informed practices from Los Angeles to the national movement that the Obama Foundation is driving. Together, we can sow the seeds for life success and break apart the systems that hold our young men back.”