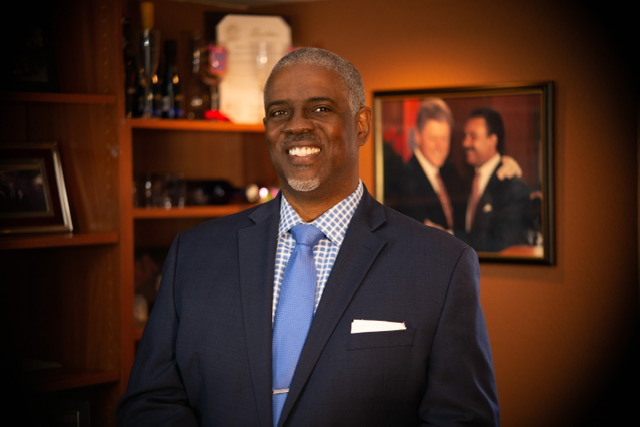 Former comedian and entertainment mogul Byron Allen filed suit against Comcast in 2015 seeking $20 billion in damages. Allen alleged that Comcast refused to offer many of his television programs as part of its cable television offerings because he is African American.

Earlier this year, Allen’s legal challenge reached the United States Supreme Court to determine whether Allen could proceed with his civil action under Section 1981 of the Civil Rights Act of 1866.

Immediately following the Civil War and the ratification of the 13th Amendment to the United States Constitution, Congress enacted the Civil Rights Act of 1866, which provided a wide-ranging ban on race discrimination. Section 1981 of the Civil Rights Act of 1866 is one of the statute’s most critical provisions, ensuring that “[a]ll persons within the jurisdiction of the United States shall have the same right … to make and enforce contracts … as is enjoyed by white citizens.”

The goal of this section was to free the contracting process from the burdens of discrimination and ensure that newly freed slaves were guaranteed the same opportunity to contract as Whites. Passage of the Fourteenth Amendment to the U.S. Constitution, and its “equal protection” clause, soon followed in June of 1866.

In response to Allen’s lawsuit, Comcast took the position that Allen must prove that his race was the “but for” basis for Comcast refusing to add his Black-owned television stations. In other words, if there were ANY other credible reason for rejecting Allen’s proposal to carry his television stations on Comcast, Allen would lose.

In a unanimous opinion, the U.S. Supreme Court sided with Comcast over Byron Allen. All of the justices ruled that to prevail, “(Allen) must initially plead and ultimately prove that, but for race, (he) would not have suffered the loss of a legally protected right.”

Let’s take a breath here. What Allen placed before our conservative led U.S. Supreme Court, was the potential for raising the evidentiary standard that every subsequent litigant in the United States — that’s any of us filing a discrimination case — would need to prove.

The Supreme Court met Allen’s challenge and rejected his legal arguments. The result is that the next person seeking to argue that racial discrimination was one element leading to their failure to be awarded a contract, would have their case dismissed from any court in he nation because discrimination was not the “but for” reason for their rejection.

Many leaders in the Black community attempted to talk Allen out of taking his battle with Comcast all the way to the U.S. Supreme Court, but Allen stubbornly persisted with his lawsuit.

After losing on the procedural interpretation of the application of the “but for” standard, Allen has “folded” and has reached a settlement with Comcast! Allen and Comcast have agreed that three of Allen’s television stations will be offered by Comcast. However, a victory for Allen is an “L” for the Black community.

Thanks to Allen, from this day forward, any African American or ethnic minority, when attempting to enforce Section 1981 of the Civil Rights Act of 1866, will be required to prove that the “but for” reason for their denial of a contract was their ethnicity no matter how egregious the otherwise discriminatory conduct they suffered may have been. In other words, thanks to Allen’s case, in order to receive enforcement under the Civil Rights Act of 1866, the racial discrimination suffered by plaintiff must rise to the level of being virtually the only cause for the denial of a contract or contractual rights, as opposed to one of the causes for the denial.

Many in the civil rights community, too, attempted to convince Allen not to pursue his litigation to the point of the U.S. Supreme Court fearing the very outcome that has now transpired.

American jurisprudence operates under the principle of “stare decisis,” which is a Latin term meaning “respect for precedent.” What the Allen case represents is the creation of a new, almost insurmountable, barrier to bringing subsequent cases for litigants who have nowhere near the financial resources that Allen has at his disposal.

Before we rejoice Allen’s victory over Comcast, we should be mindful of the loss for our community it represents.

Attorney Mark T. Harris practices civil rights law in Sacramento and is the Director of Pre-Law Studies at the University of California, Merced. Attorney Harris is the Managing Partner of the Sacramento Office of Ben Crump Law and served as an appointee of former California Governor Edmund G. Brown, Jr. to the California Fair Employment and Housing Council.