Twitter, Media Enraged at the Harassment of Black Election Workers by Trump Mob 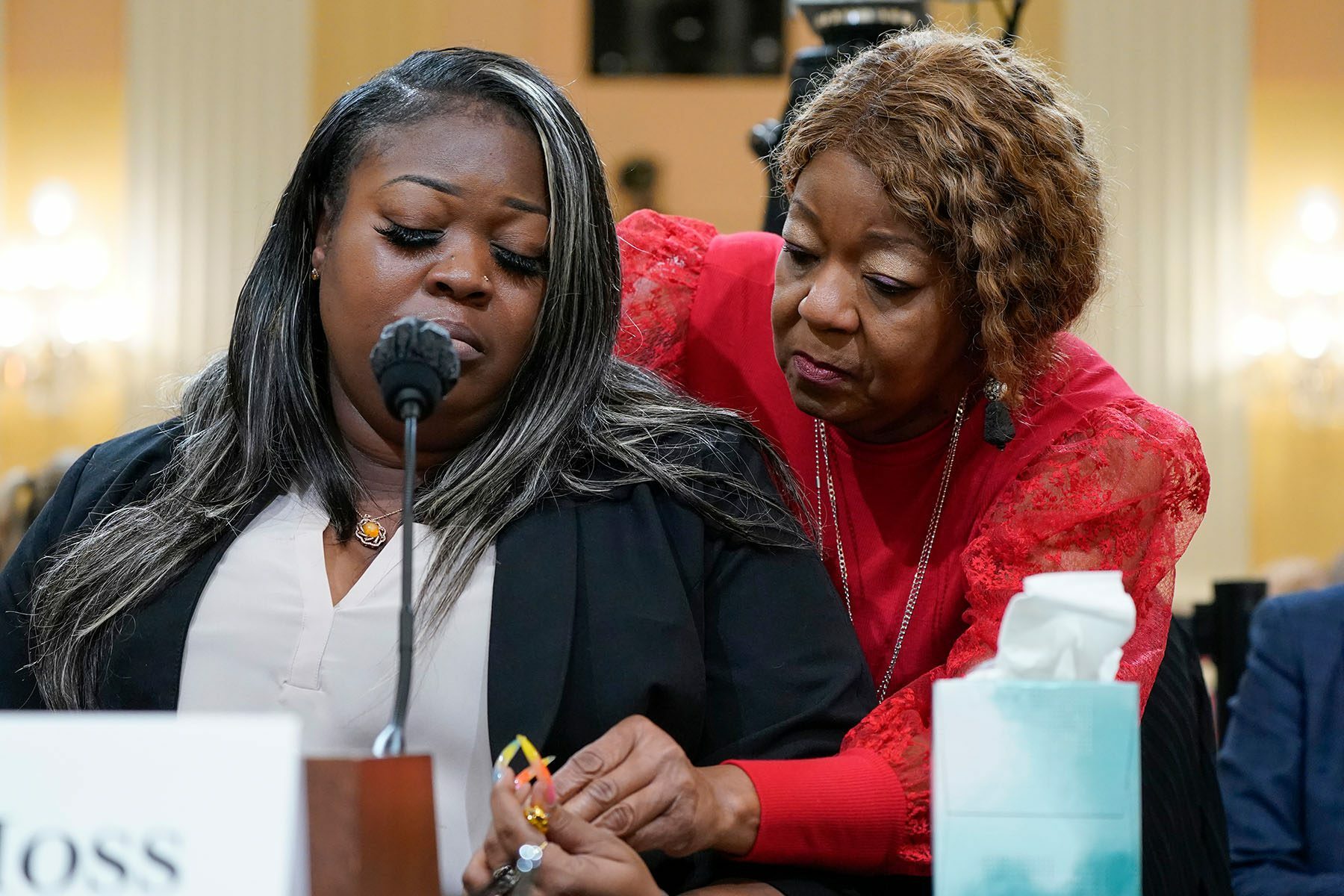 One of the most harrowing stories to come out of the House Jan. 6 Committee hearings was the tale of Black Georgia residents Ruby Freeman and her daughter Wandrea “Shaye” Moss. Moss and Freeman were innocent election workers caught up in conspiracy theories promoted by former President Donald Trump.

The attacks on Freeman came as part of Trump’s efforts to overturn the 2020 election. Trump often listened to conspiracy theories found on the Internet. And one of them involved Freeman allegedly stuffing ballots and running votes twice. However, none of this was true.

But the former president often had a hard time telling the truth from fiction and repeated these conspiracy theories. He also posted the false allegation on Twitter, sharing it with his millions of followers. And Trump’s actions ruined Freeman and Moss’ lives.

After Trump shared the conspiracy theories, the two women were attacked at work and at home. According to testimony from the Jan. 6 committee, Freeman said her home was besieged by messages and intruders. She was also urged to leave her home by the FBI. She didn’t return for two months.

“I lost my name and my reputation,” said Freeman, who was also known as “Lady Ruby.” “Now I live in fear.”

Freeman also had a bizarre encounter with a woman who previously worked as a publicist for Kanye West. Trevian Kutty urged Freeman to admit to crimes she never committed and threatened her with arrest. West declared himself a Trump supporter, wore the MAGA hat and attempted to run for president.

Moss suffered a similar fate when the rumors started spreading about her. She was summoned to her supervisor’s office and shown some of the things that were being said about her online. She logged into her Facebook account and her messages were flooded with racist comments.

However, Moss and Freeman weren’t the only people affected in the family. According to testimony at the Jan. 6 hearing, Moss said Trump supporters also attempted a home invasion at her grandmother’s house in an attempt to carry out a “citizen’s arrest.”

Being attacked at home and at work had a detrimental effect on Moss. She told the committee she gained 60 pounds and now lives as a recluse. Moss eventually quit her job as an election worker, as did many of her coworkers. Violence against election workers has become a nationwide problem.

The Brennan Center for Justice polled 600 election workers and found many of them had experienced the same kind of threats.

“More than half of the respond­ents said they’re concerned about the safety of their colleagues. Nearly one in three know at least one colleague who quit their job in part or entirely because of safety concerns, increased threats, or intim­id­a­tion,” said Michael Waldman, president of the Brennan Center for Justice. “Why is this happen­ing? Well, the Big Lie, of course. Nearly two in three local elec­tion offi­cials we polled said that false inform­a­tion about elec­tions makes their jobs more danger­ous.”

However, Moss and Freeman have taken action against their tormentors. They have already successfully sued One America News (OAN,) a far-right network that is prone to conspiracy theories. The network paid them an undisclosed fee and read an on-air apology.

But it looks like they could have a good case against Trump, his campaign lawyer Rudy Giuliani and even West.

Freeman has created a GoFundMe account, which has raised more than $270,000. On the day of her testimony, the term “Lady Ruby” trended on Twitter, with many users expressing sympathy towards Freeman and Moss.

One of those people sympathizing with Freeman was comedian Kathy Griffin, who had also been targeted by the former president.

“I do know what it’s like to have the President of the United States attack me. It is kind of unmanageable unless you go through it yourself,” said Griffin in a tweet.

Many media figures also expressed outrage at the way the two women had been treated.

“The level of rage that I and people that I know had when we saw this testimony is beyond anything I’ve probably experienced since George Floyd,” said MSNBC contributor Jason Johnson. “That’s my grandmother. That is literally the kind of work that my grandmother used to do in Newark, N. J., registering people to vote, taking seniors in buses to go here & there, getting young people registered to vote.”