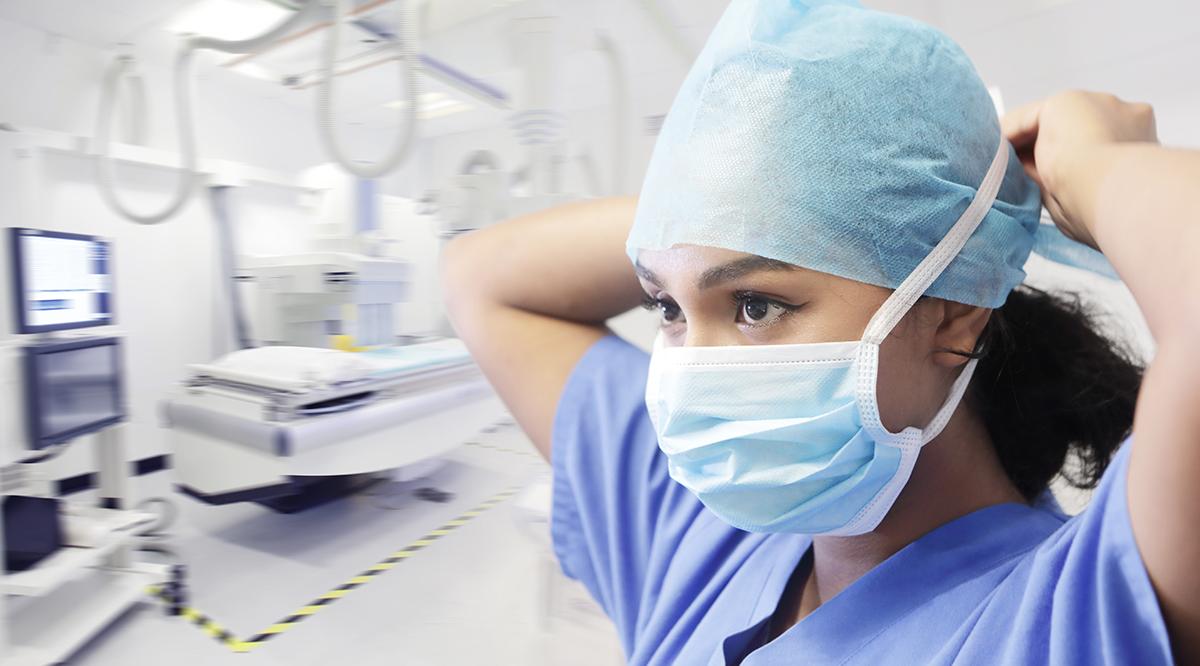 Nationwide — A doctor checking comatose COVID-19 patients for signs of a stroke instead stumbled onto a new clue about how the virus may harm the lungs — thanks to a test that used tiny air bubbles and a robot.

Dr. Alexandra Reynolds, a neurologist at New York’s Mount Sinai Health System, initially was baffled as she tracked “the cacophony of sound” made by those harmless bubbles passing through the bloodstream of patient after patient.

Yet the weird finding excited lung specialists who now are studying if it helps explain why often, the sickest coronavirus patients don’t get enough oxygen despite being on ventilators.

The tale illustrates how months into the pandemic, scientists still are struggling to unravel the myriad ways the coronavirus attacks — and finding hints in surprising places.

“When we wake them up, will we notice they have some horrible brain injury?” worried Reynolds, who at first had little way to monitor brain function except to check patients’ pupils.

A bedside test called a transcranial Doppler uses sound waves to track blood flow in the brain, but it was too risky for health workers to stand by patients’ heads for long periods.

So Reynolds turned to a new robotic version, a headset that once positioned over the patient can automatically do the tracking. She used it to perform what’s called a bubble study, a commonly used, painless test for stroke risk that involves injecting saline containing tiny air bubbles into a vein. As the microbubbles circulate, the smallest blood vessels in healthy lungs — called capillaries — will trap and filter them out of the bloodstream.

Over several nights in the ICU, Reynolds tested some of her sickest coronavirus patients — and repeatedly, NovaSignal’s robotic Doppler kept measuring bubbles that, instead of being filtered away, were somehow reaching their brains.

“This was really bizarre,” Reynolds said. Often bubbles avoid lung filtering by slipping through a heart defect that’s a well-known stroke risk, but “there’s no way everyone suddenly has a hole in their heart.”

But to Mount Sinai lung expert Dr. Hooman Poor, the bubble mystery might be “essentially the missing link” in why these patients weren’t getting enough oxygen: Maybe abnormally dilated lung capillaries, not a heart problem, were letting the bubbles sneak through.

Poor and Reynolds did more tests. By the end of the pilot study, 15 of 18 tested patients had microbubbles detected in the brain. And backing Poor’s theory, patients with the most bubbles also had the lowest oxygen levels, researchers reported earlier this month in the American Journal of Respiratory and Critical Care Medicine.

Why would capillaries matter?

His new theory: Doctors know the coronavirus attacks the lining of blood vessels, causing dangerous clots. The bubble study suggests maybe blood is being detoured from clogged vessels to unusually widened ones — and thus flowing through too fast to properly absorb oxygen.

The findings are preliminary, not proof that dilated blood vessels are a problem. Still, some autopsies have linked COVID-19 to deformed lung capillaries.

Next up is a larger study that aims to see if measuring bubbles could help doctors monitor whether patients are improving or worsening.

The report “I think is really going to generate a lot of talk” among lung specialists, because it’s “more evidence that the blood vessel is really where the action is,” said Dr. Corey Kershaw of the University of Texas Southwestern Medical Center, who wasn’t involved in the pilot study.

He cautioned that researchers need to definitively prove a heart defect isn’t playing a role.

But, “it’s an example of, there are so many things we still don’t know,” Kershaw added, praising the creativity used to find this latest clue.