The Lookout: After Tragic Murder, Zero-Bail Bill Paused; but Other Justice Reforms Advance 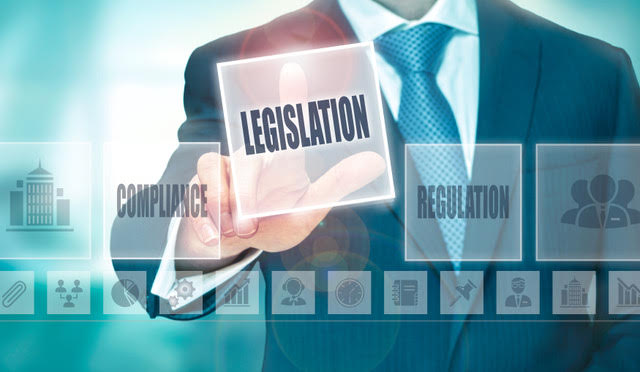 Over the last two weeks, it has been a mixed bag of wins and losses for bills concerned with the rights of people interacting with the criminal justice system.

Senate Bill (SB) 262, a bail reform bill that would have established $0 bail for some offenders, was stopped in its tracks following a grisly murder in Northern California but Senate Bill (SB) 2 and Assembly Bill (AB) 333 have both passed significant milestones on their paths to becoming law.

In Sacramento, Troy Davis, 51, a repeat offender released on zero bail, allegedly raped and murdered a woman before setting her house on fire, killing her dogs as well.

Yolo County District Attorney Jeff Reiseg expressed his outrage over the murder and blasted the leniency supported in bills like SB 262 that he believes is partially to blame for crimes like that.

“This horrific crime could have been avoided. He should have never been released on zero bail. Bail reform is appropriate as long as judges always have discretion to hold violent criminals in custody. When ‘reforms’ go too far, this is the nightmare. God rest her soul.” Reiseg wrote on Facebook.

Assemblymember Jim Cooper (D-Sacramento), who is a member of the California Legislative Black Caucus, also expressed his outrage.

“This is not an isolated incident,” he tweeted. “Violent felons are released daily, terrorizing our communities because of CA’s soft on crime laws. I will continue to fight this madness and all other bills that prioritize protecting criminals instead of victims.”

The zero-bail measure was implemented by California’s Judicial Council in April last year as an emergency rule, but voters overturned it as Proposition 25, a statewide ballot initiative, in last November’s general election.

SB 262 has been amended to give judges discretion based on risk assessment, similar to SB 10 in 2018, but it is still facing backlash.

Senate Majority Leader Bob Hertzberg (D-Van Nuys), author of SB 10 and SB 262, told the Associated Press that his colleagues reached out to him to express concern after the murder in Sacramento.

Hertzberg took to Twitter to address the heinous crime.

“I’m heartbroken and angered by the heinous murder of a Sacramento woman this past weekend. The parolee who did this should have never been released back to the community,” Hertzberg tweeted.

Hertzberg went on to suggest that SB 262 might have helped avoid this crime.

“The Safe and Resilient Communities Act could have prevented this crime from happening in the first place. #SB262 requires the Judicial Council to establish statewide standards for bail amounts, meaning Counties will no longer be able to operate zero bail policies,” he wrote.

Hertzberg announced that he will be postponing SB 262 and hopes it will be taken up by the state Legislature next year.

“Earlier this year, the State Supreme Court ruled that California’s cash bail system is unconstitutional. SB 262 simply provided a framework for the state to implement this ruling. Don’t get me wrong: we’re not done with bail – not even close,” he tweeted.

AB 333 would reduce “the list of crimes that allow gang enhancements to be charged, prohibiting the use of the current charge as proof of a ‘pattern’ of criminal gang activity, and separating gang allegations from underlying charges at trial,” according to a press release from Kamlager’s office.

Gang enhancements are additional prison sentences prescribed to individuals who are alleged to be associated with a criminal street gang.

As of August 2019, about 92% of adults in California with gang enhancement charges in state prisons are either Black or Latino, according to California Department of Corrections and Rehabilitation (CDCR) data.

Kamlager asserted that her bill is a law-and-order bill.

“At the heart of AB 333 is due process,” Kamlager said, “AB 333 just asks for the charges to be proven when they’re levied against someone. Right now, our system allows a shaved head, tattoos, or even the color of your grandma’s house as reason to be charged with a gang enhancement. That’s antithetical to how our judicial process should operate, and I am glad we are one step closer to a fix.”

Another bill concerned with criminal justice reform is SB 2. The state Senate approved it on Sept. 8 with a 28-9 vote.

It calls for barring police officers who have been fired for misconduct or charged with one of a set of specific crimes from being hired in another precinct in California.

Sen. Steven Bradford (D-Gardena), one of the authors of SB 2, celebrated the bill’s passing on the Senate floor.

“This is a major victory for advocates of public safety,” Bradford said. “California, and the nation as a whole, have experienced tragedy after tragedy where consequences for egregious abuses of power went unpunished and cries for accountability went unanswered — eroding public trust in law enforcement.”

“This bill is the first of its kind in California and we finally join the 46 other states with processes for the decertification of bad officers,” continued Bradford.  “SB 2 establishes a fair and balanced way to hold officers who break the public trust accountable for their actions and not simply move to a new department. This could not have been achieved without the support of many legislators, community organizations, families, and entertainers who advocated non-stop for accountability in our policing system.”

Bradford went on to explain other benefits of SB 2 as he sees it.

“The bill will create a strong and effective method for California to remove bad officers in a fair and reasonable manner. Police have one of the most difficult jobs on the planet. A decertification system puts California back on track to restoring communities’ faith in men and women of uniform who do their job well,” Bradford continued.