Tamron Hall Hopes to Inspire Women While Staying in Her Lane 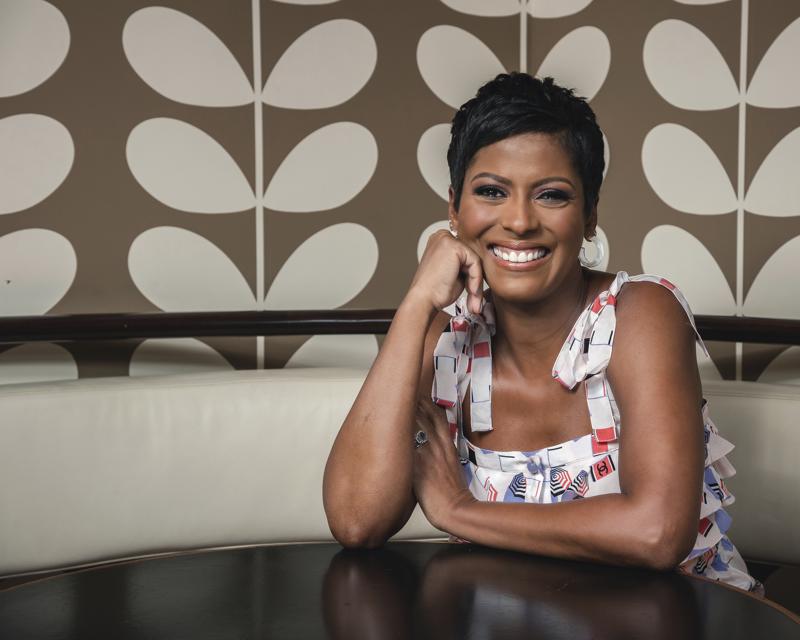 NEW YORK (AP) — Two sparkly golden trophies gleam behind Tamron Hall on the set of her nationally syndicated talk show. But despite entering its fourth season, the “Tamron Hall” show is not a well-oiled machine — and that’s intentional.

“The only thing that shines in this room are the Emmys. I want this show to evolve. And if it’s well-oiled, I believe that you’re not looking under the hood,” said the host who recently took home her second outstanding informative talk show host Emmy. Hall said she wants to make sure the show is “talking about what you’re talking about.”

Finding a respectable place within the highly contested world of daytime talk which includes shows hosted by Drew Barrymore, Kelly Clarkson and Rachel Ray, along with juggernauts like “Dr. Phil,” “The View,” “Live with Kelly and Ryan” and “The Ellen DeGeneres Show” which recently ended, Hall faces even more competition as several shows hosted by African Americas will premiere. But while proclaiming Oprah Winfrey as the undisputed greatest talk show host of all time, she’s unsure if the iconic show created lanes for Black daytime personalities like many assumed it would.

“There were no Black women on for many, many years after Oprah Winfrey. So, clearly someone didn’t get the memo…There was an absence of representation of diversity in daytime,” explained Hall. “I think that many people believe that that was an anomaly, that Oprah Winfrey was a fantastic, transformational person, but (they) did not look to widen the community of daytime television.”

“Sherri,” hosted by comedian Sherri Shepherd which replaces Wendy Williams’ drama-riddled show, “The Jennifer Hudson Show” starring the Grammy- and Oscar-winner and “Karamo,” hosted by media personality and “Queer Eye” star Karamo Brown, will all pop up on TV screens across the nation soon. But despite a daytime race sure to become even more competitive, Hall is focusing on what she does best, citing her nearly 30 years as a journalist.

“I wish I could sing, but I can’t. I wish I was funny, but I’m not,” Hall said with a laugh. “At the end of the day, I can’t look at their shows and size myself up against them because we don’t do the same thing.”

Cautioning viewers and critics to not lump them all together, Hall declared, “we are owed the respect to recognize what each of us bring to the table and how each of us are different. And I think that’s very important at this time where we are seeing a number of shows hosted by people who happen to be Black. We’re not all the same, and to make us all the same is unfair.”

Despite the 51-year-old being mum on guests leaning into the element of surprise, a press release revealed she travels to her home state of Texas to meet survivors of the tragic Robb Elementary school shooting, as well as parents whose daughter was among those murdered. She’ll visit music superstar Usher at his Las Vegas residency, and will also air interviews with celebrities such as Jennette McCurdy, John Boyega, Letitia Wright and more. September also kicks off with the show’s “Wildest Dreams” month.

Hall has continued to stay busy with other projects; she just finished writing the second book in her “As the Wicked Watch” series and she’s working on a children’s book inspired by her son and Harlem home.

It might seem like a broadcast lifetime ago when Hall left NBC in 2017 amid controversy after the network gambled by replacing her “Today” hour with Megyn Kelly by luring her away from Fox News — NBC would lose that bet after the show was canceled in the second year of Kelly’s three-year contract. But despite the ups and downs of her career, Hall hopes women see themselves in her.

“I hope that I serve as an inspiration to women over 40 in particular… Back in the day, if someone had been fired at 46 years old, you would have disappeared and maybe saw me at Target and say, ‘Is that Tamron Hall?’” the host laughed. “Our workplaces don’t define us… I hope that’s what people see in this show, in my journey: that I had an opportunity, the choice to define myself, and with good people around me, I think I made the right choice.” ___