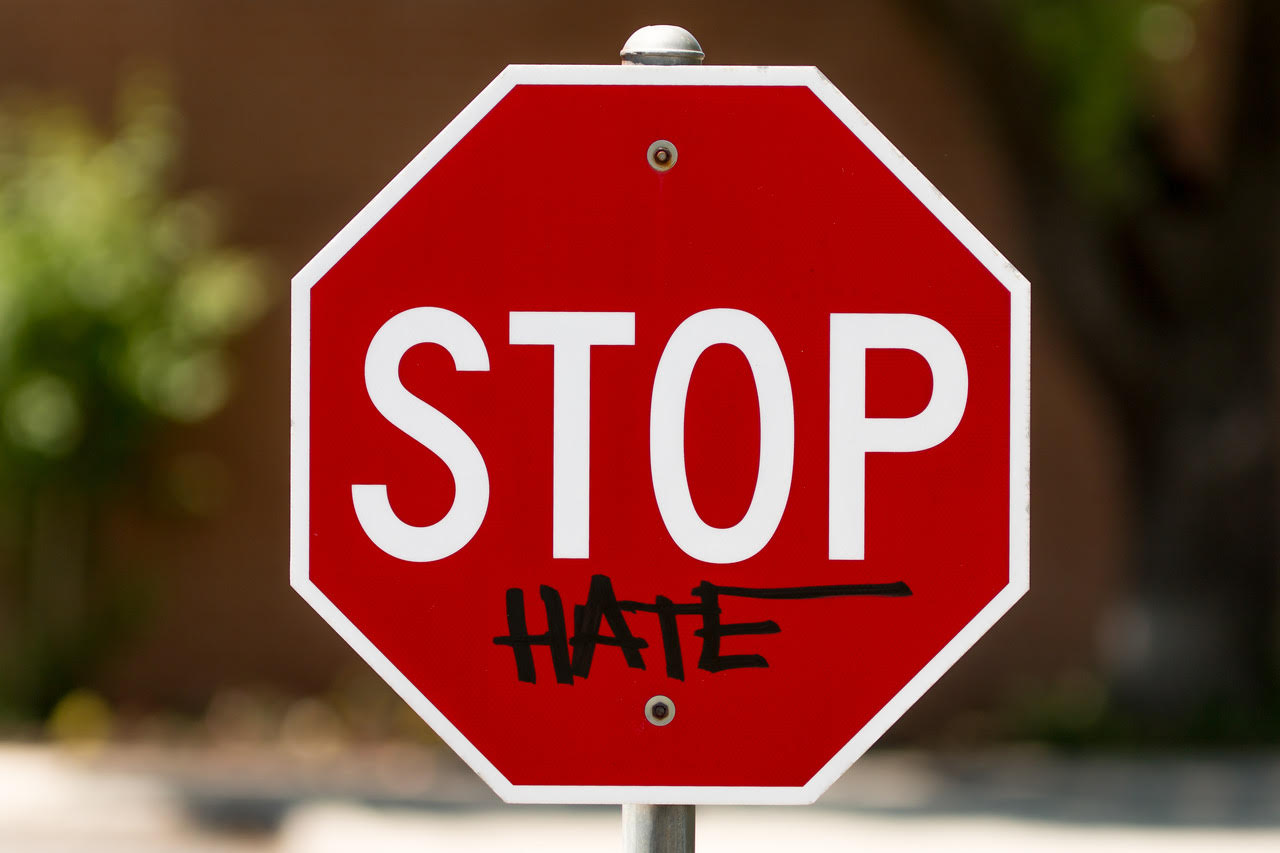 The “Stop the Hate. Spread the Love,” initiative spearheaded by California Black Media (CBM) and others, was introduced to the Los Angeles community at the 17th annual Taste of Soul Family Festival on Oct. 15.

Representatives of the campaign maintained a booth at the daylong, multicultural event that drew over 300,000 people to a two-mile stretch of Crenshaw Boulevard in South Los Angeles to celebrate the Black cultural experience – as well as the traditions of other ethnic groups — through food, music, and art.

Brandon Brooks, CBM’s campaign project manager, said attending the festival was a good way to familiarize people with Stop the Hate and organizations that are geared toward combatting hate incidents and hate crimes in the Golden State.

“We brought together a lot of partners to give information on how to combat and address hate — outside of law enforcement,” Brooks said.

Representatives from local and state government departments including the City of Los Angeles’ Civil + Human Relations & Equity Department, the California Secretary of State, the California Department of Social Services, and the California Civil Rights Department were at the three-table booth with Brooks and CBM Executive Director Regina Wilson.

“Having those representatives on hand was a must,” Brooks said. “If you or I experience hate we might not be comfortable with calling the LAPD or sheriff’s department, so who can we

actually really call,” Brooks asked rhetorically, speaking to this CBM reporter. “You can actually call the civil rights department; you can call social services. A lot of people don’t know that. These organizations are there to be a resource or an olive branch to start that dialogue. You may need some help. That’s these organizations’ job.”

A report released by California Attorney General Rob Bonta in June revealed hate crimes inspired by racism and homophobia resulted in a 33% uptick in reported incidents in the state in 2021. Hate crimes against Blacks were the most prevalent, according to the report. There were 513 crimes committed against Blacks in 2021, 13% more than the 456 in 2020.

Becky L. Monroe, the California Civil Rights Department’s deputy director for strategic initiative and external affairs, said working to eliminate hate crimes and the attitudes and circumstances that contribute to them is about saving lives.

“It is critical that people know what their options are if they are targeted for hate and know that we can take action and that we can stop hate and spread love,” Monroe said.

CBM is in the early stages of its Stop the Hate public information campaign. The media and advocacy organization’s goal is to publish a series of stories that educate Black Californians and state residents from other backgrounds about each other’s lives, cultures and traditions as it promotes an appreciation for diversity and fosters deeper inter-ethnic understanding.

CBM has four events or festivals planned within the next year that promote the message of the Stop the Hate campaign.

The initiative is funded by a joint venture of the California State Library and the California Commission on Asian and Pacific Islander American Affairs. The Ethnic Media Grant Project has awarded nearly $6 million in grants to 50 ethnic media outlets and organizations serving communities that are historically vulnerable to hate crimes and hate incidents.

The program’s aim is to enhance public awareness of the Stop the Hate Program being run by the state’s social services department.

The booth was sponsored by CBM, Ethnic Media Services, the Civil + Human Relations & Equity, the NAACP, and the California Civil Rights Department.

Brooks said CBM’s Taste of Soul booth was successful because it introduced people to the Stop the Hate initiative and individuals gained more information about fighting hate crimes and reporting hate incidents.

“When you say hate crimes or hate incidents, we as a collective really need to figure out how to address this topic,” he said. “We really wanted to bring resources and information to the community.”

“That is what Taste of Soul is all about,” Bakewell said to CBM’s videographer. “Spreading the love, right here in our own community on Crenshaw Boulevard.”