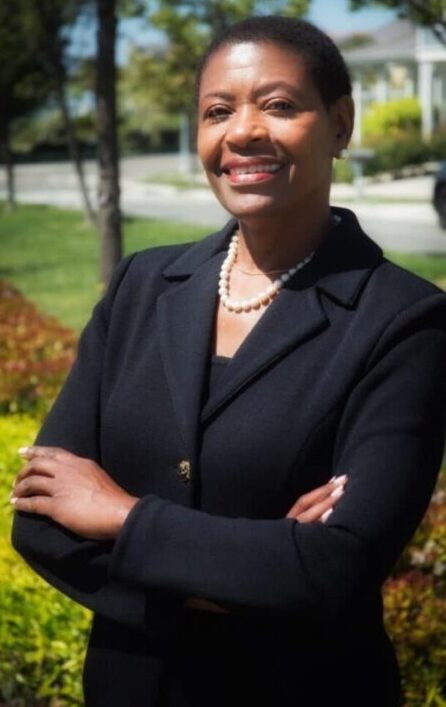 Editor’s Note: The second paragraph of this story has been updated to clearly indicate that the Rev. Alvin C. Bernstine is named in the lawsuit but not accused of committing the crime that is the subject of the filing.

Less than a month before California’s June 7 Primary Election, Contra Costa District Attorney Diana Becton claims reports concerning a civil case filed against her husband’s church are being misrepresented by her opponents.

An unnamed alleged victim has filed a lawsuit in Contra Costa County against the Rev. Alvin C. Bernstine, pastor of Bethlehem Missionary Baptist Church in Richmond and a former church employee. Bernstine is named in the lawsuit accusing the former employee of sexual abuse of a 14-year-old.

The lawyers for the victim say the crime took place about 10 years ago.

Becton, who is the county’s first Black district attorney has been married to Bernstine since 2020.

“The safety of Contra Costa residents, including women and girls, is my highest priority,” Becton said in a statement to California Black Media. “The church where my husband is a pastor has been the subject of misleading

news articles that are distorting the facts. The civil case is going to work its way through the courts, and I am confident the truth will come to light.”

Becton, a former Contra Costa County Superior Court judge, was appointed the county’s 25th District Attorney by the county’s supervisors in 2017. The following year, she ran and was elected to the position.

She is currently running for reelection in the June 7 election against prosecutor Mary Knox.

The allegations of sex abuse center around Jesse Armstrong, a former youth choir director at the church, hired by Bernstine.

The victim’s lawyers allege that Armstrong is a registered sex offender in the state of California and is serving a two-year and eight-month prison sentence for the abuse that allegedly took place over a four-month period.

“(Armstrong) used his position as choir youth director to meet, groom and reportedly sexually assault Jane SD Doe,” the victim’s attorneys say. “The sexual abuse mentioned in the lawsuit occurred at various locations, including but not limited to, between classes at the plaintiff’s school, and at hotels, oftentimes immediately following choir practice or other church events.”

The victim’s attorney questioned Bethlehem Missionary Baptist Church’s hiring process, arguing that “a minimal background check would have revealed” that Armstrong was a sexual predator.

“Either they hired him with no background check, which is the height of negligence, or they knew of his criminal background and hired him anyway which could expose them to criminal liability,” the attorneys’ stated.

Becton recently told CBM that her priority is keeping the 1.1 million residents of Contra Costa County safe from dangerous and violent criminals.

The reports of the civil lawsuit involving a teenage girl surfaced after Becton, 70, received key endorsements for her reelection campaign and her office was recognized for its involvement in closing a decades-old cold case.

On April 23, Becton, California Attorney General Rob Bonta, and Richmond Acting Police Chief Louie Tirona announced that they identified a man who killed a 28-year-old woman in 1999. The culprit, who died 11 days after the crime, was identified through DNA left at the scene.

Becton has also received backlash from some members of law enforcement for her stance in another case. In April

2021, she announced charges for felony voluntary manslaughter, felony assault with a semi-automatic firearm and unreasonable force against Andrew Hall, a White Danville police officer and deputy. In October 2021, Hall was convicted for assault with a firearm in the 2018 shooting of Laudemer Arboleda, a 33-year-old Filipino American man.

Knox, a registered Democrat who has served as a Contra Costa County prosecutor for 37 years, is running against Becton.

Becton blames the timing of the current reports on her opponent.

“It is outrageous that my opponent is using this case to try to score political points and for political gain days before ballots get into the hands of voters. I won’t be doing the same,” Becton stated.