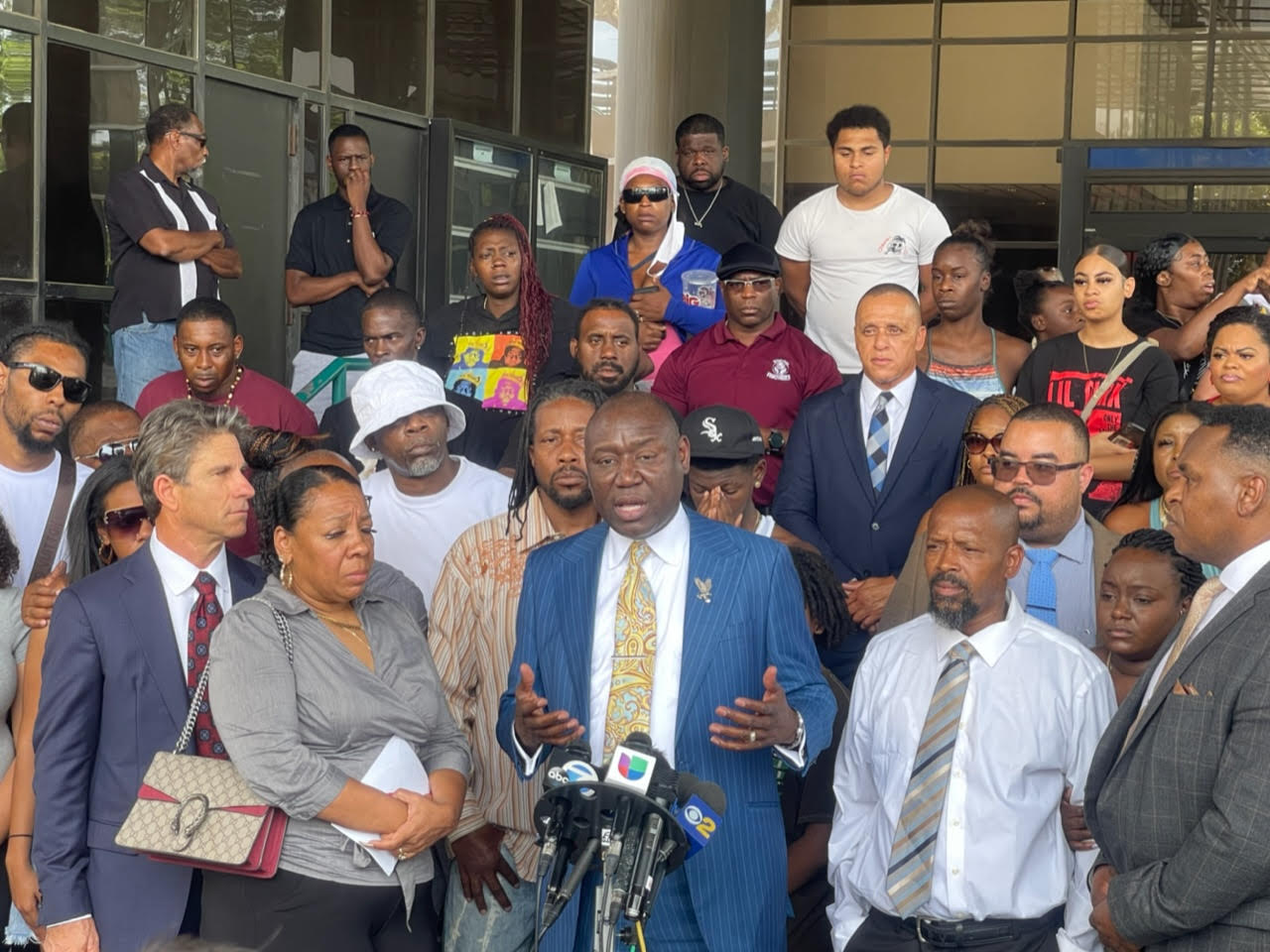 San Bernardino, CA — The shooting of a San Bernardino man has become a national story with the involvement of civil rights attorney Benjamin Crump. Crump has won several successful judgments against municipalities for the unlawful deaths of Black men. On Wednesday, he held a press conference about the shooting of Rob Marquise Adams. The press conference featured Crump and his team of attorneys and Adams’ parents.

Adams was shot by San Bernardino police officers on Saturday.

According to a released video, Adams approached an unmarked police vehicle occupied by plainclothes officers of the San Bernardino Police Department Specialized Investigative Unit. They were in the area to investigate an illegal gambling operation and reports of a man with a gun.

The officers said they exited their vehicle and gave Adams verbal instructions. They opened fire while he appeared to be running away. The entire incident lasted less than two minutes.

Adams later died of his injuries.

According to the press release, police recovered a Taurus G3C 9mm with a bullet in the chamber at the scene.

Police say the incident is still under investigation.

“We are asking the community to please withhold their judgment on the situation until they have all the available facts and details,” said Chief Darren Goodman. Goodman is San Bernardino’s first Black police chief.

However, according to news reports, Adams’ friends and family dispute the police account. One of his friends claimed the police never identified themselves as law enforcement officers.

Adams’ mother said her son was running away from the police and didn’t pose a threat.

Crump, who is representing Adams’ parents, took issue with some of the police findings. He said Adams was shot in the back multiple times.

“Why is it the police think the most dangerous thing in America is a Black man running away from them?” said Crump.

He also questioned why the police detained white mass murderers, while Black suspects were killed.

The local NAACP branch is also calling for an independent investigation.

“I have met with our Legal Redress Committee last evening and as president of the NAACP Branch has requested the Chair Mr. Hardy Brown to open an investigation into the incident,” said Chache Wright, president of the San Bernardino NAACP, at a recent San Bernardino City Council meeting. “He brings a wealth of knowledge with him from the shooting and killing incident of Tyisha Miller in Riverside back in December of 1998. He is also very familiar with this police department as a former chairman of the Police Commission and a retired publisher of the Black Voice newspaper.”

The Inland Valley News coverage of local news in both Los Angeles and San Bernardino Counties is supported by the Ethnic Media Sustainability Initiative, a program created by California Black Media and Ethnic Media Services to support minority-owned-and-operated community newspapers across California.