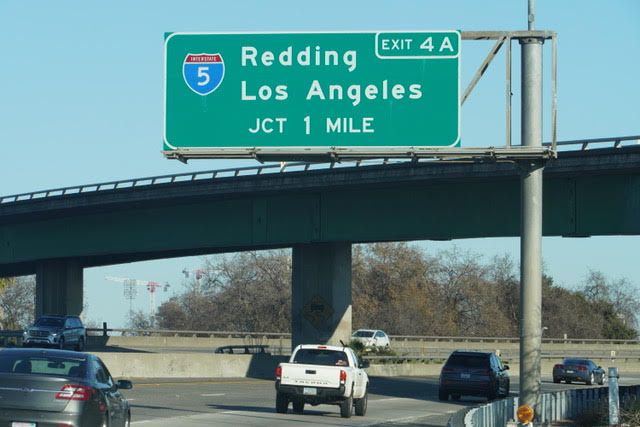 In the last two-day meeting of 2021, the nine-member commission invited guests to help them determine how money from President Biden’s $1 trillion Infrastructure plan, passed into law in November, could be spent to compensate Black Americans for federal and state government decisions that negatively impacted them.

Deborah N. Archer, a professor of clinical law and co-faculty director of the Center on Race, Inequality, and the Law at New York University School of Law, testified. She said the massive federal government highway construction program became a “new system of White supremacy” that sustained “slavery’s legacy.”

“The transportation infrastructure has always been a driver of racial inequality,” Archer told the task force. “The benefits and burdens of our transportation system, from highways to roads, bridges, sidewalks, and public transportation have been planned, developed, and sustained to pull resources from Black communities. Resources that were redeployed (and) invested to the benefit of predominately White communities.”

Archer, who is also the president of the American Civil Liberties Union (ACLU) and a leading expert in civil rights, civil liberties, and racial justice, pointed out that Black communities across the nation and in California have always been “sacrificed” when cities, state or the federal government undertakes transportation infrastructure development projects.

There is a growing body of documented evidence, empirical and anecdotal, that confirms how American cities have historically isolated Black communities by the placement of railroad tracks, mandated African Americans to sit in the rear of public buses, and denied them accommodations in restaurants, restrooms, and seating areas at transportation hubs.

Planning of the highway system Americans use today, which began in the 1950s, “was often motivated by racism and placed little value on Black lives or Black families,” she said.

“Although our transportation is no longer marked by the kind of explicit racist division that we saw in the past, it continues to entrench racial segregation and limit access to jobs, health, and opportunities,” Archer said. “Safe, accessible, and reliable infrastructure is disproportionately built-in White neighborhoods, connecting those residents to opportunities while Black communities continue to suffer from underdevelopment.”

The Federal-Aid Highway Act created 41,000 miles of highways that replaced unsafe roads and poorly designed routes, as well as eradicated traffic congestions, and other obstacles that impeded safe, travel across the country.

Archer said that the U.S. Transportation Department estimates that, between 1957 and 1977, nearly 480,000 households across the country were forced out to accommodate the highway construction, which started under the Dwight D. Eisenhower administration.

Most of the people displaced resided in urban communities with low incomes and high concentrations of people of color. Black people lost homes, businesses, and significant economic potential to create generational wealth.

The highway system, when it was completed in the 1970s, “fundamentally restructured urban America in almost every region in the country,” Archer testified. It contributed to the low access to resources that is still common in some Black and Brown communities in San Diego, Los Angeles, Oakland, Sacramento, Fresno, and other California cities.

In Los Angeles, for example, Interstate 10 (I-10), the Santa Monica Freeway, sliced the landscape of the predominantly African American “Sugar Hill” section of the West Adams neighborhood to make way for a 10-lane freeway.

Oakland was severely impacted by the design of the federal highway system, according to an August 2016 article published by Entropy, a website that features essays, interviews, poetry, literature and other forms of creative and journalistic writing.

Interstate 880 separates downtown Oakland from the Black neighborhoods of West Oakland. The construction of the highway system encircled (and isolated) West Oakland by placing I-880 on the south and west, I-580 on the north, and I-980 on the east, Entropy reported. By the highway engineers’ design, all the freeways make a beeline to the Bay Bridge, which leads into San Francisco, at the expense of the Black communities they wrap around.

The first sign of the new highways’ destruction of West Oakland was in 1960. About 400-plus homes in West Oakland were demolished to build a U.S. Postal Service distribution center. Black residents were forced out the area, many taking with them culture, businesses, and wealth.

In Sacramento, I-5, Highway 50, and Highway 99 cut through the city, forming barriers between historic Black and Brown neighborhoods and predominantly White areas. On the southeast of the city, Highway 99, constructed in the 1960s, separated the once-predominantly Black Oak Park neighborhood from Curtis Park, which is adjacent and mostly White residents.

Fresno’s east and west sides were also racially divided by Highway 99 in the 1960s. About two dozen residential properties occupied by Black people were torn down on the West Side to accommodate the construction, Archer said.

Today, Fresno has a city population of over 520,000, with Black people consisting of 8% of its residents. At least 42 cities across the country were affected by massive highway construction projects.

“Virtually every state has a story about a highway destroying a Black community. Of course, this includes all of California, where through the 1940s to the 1960s, the selection of routes for major transportation corridors in cities like Los Angeles, Fresno, and Oakland had a direct and devastating impact on Black communities,” Archer said.

The Biden Administration has set aside $1 billion for its “Reconnecting Communities” plan to improve the country’s transportation system with equity in mind, U.S. Department of Transportation Secretary Pete Buttigieg said in November.

The racial practice to push neighborhoods into poverty should be remedied, he added.

“It’s going to vary by community, and we have to listen to the community,” Buttigieg said. “Sometimes it really is the case that an overpass went in a certain way that is so harmful that it’s got to come down or maybe be put underground. Other times it’s not that way. Maybe the really important thing is to connect across, to add rather than subtract.”

The members of the Task Force are looking at recommendations it can “communicate” to officials “to fix any infrastructure needs” concerning communities of colors, said Task Force Chair Kamilah Moore.

“What makes this plan different from other infrastructure plans is the built-in provision that allows states to use these funds to correct any racial inequities that were used to harm Black communities,” Moore said. “Through Biden’s plan (the task force) would like to look at ways we can repair Black California.”