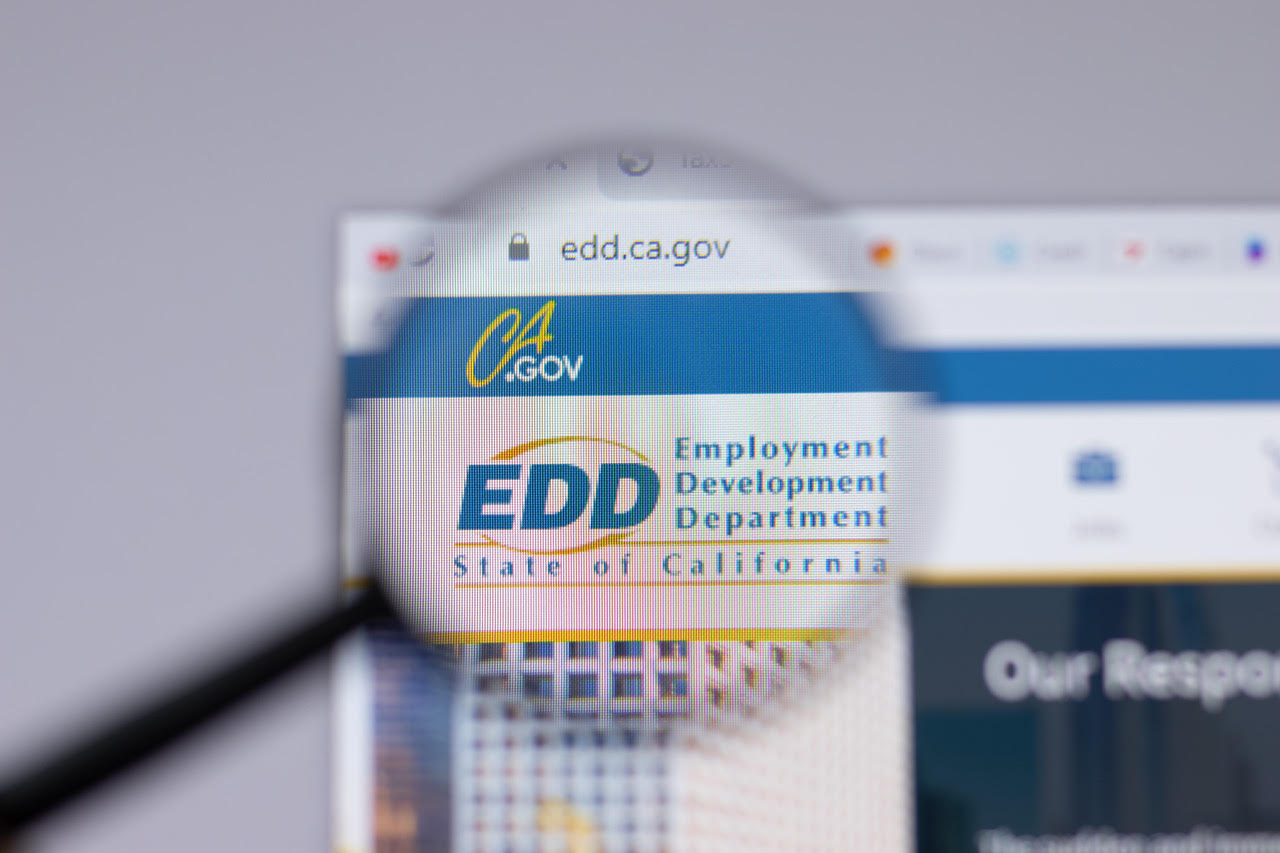 A new report by California’s Legislative Analysist Office (LAO) offers recommendations for the state’s Employment Development Department (EDD) to improve their functionality and timeliness of their Unemployment Insurance (UI) Program. The UI program provides temporary wage replacement to unemployed workers to help alleviate their economic challenges and bolster the state economy during downturns.

The increased volume of unemployment claims (both valid and fraudulent) and challenges out of work people faced caused by the pandemic highlighted the need to rebalance the program. Lengthy review processes and holds on valid claims caused hardship for workers and their families, hindered the state’s economic recovery, and spurred frustration among unemployed Californians with their government.

During the COVID-19 pandemic, EDD delayed payments to nearly 5 million workers and improperly denied payments to an estimated 1 million people.

Chas Alamo, LAO’s Principal Fiscal & Policy Analyst, the report’s author links the UI program’s issues to its basic design which hasn’t changed much since the 1930’s.

UI benefits are funded by employers. Over time, this has created a relationship with the EDD that employees don’t have. While an employee may apply for benefits once or twice during their entire career, employers have become the EDD’s primary customer because they’re interacting with them on a consistent basis.

“There’s no ongoing relationship between workers and EDD in the same way that there is with business and EDD,” said Alamo. “We think this partnership or orientation towards the business community has sort of encouraged the state and the department to prioritize policies that would tend to favor minimizing business costs and eliminating fraud rather than prioritizing getting benefits to workers.”

The LAO’s report features 12 targeted changes for the EDD to make to improve their operations and relationships with employees seeking benefits. The changes acknowledged unemployment workers experience in 3 key areas:

More than half of the UI claims the EDD denies are overturned on appeal. Overturned denials cause lengthy delays for workers who appeal and raise concern that the state denies many eligible workers. Likely between $500 million and $1 billion in UI payments annually go unpaid each year due to improper denials.

Claim Delays Need to be Reduced

More than half of UI claims were delayed during the peak of the pandemic, for many workers by several months. Between 15% and 20% of workers who apply for UI during normal economic times experience delays.

The UI Application Needs to be Simplified

The state’s UI application and ongoing requirements are difficult to understand and unnecessarily lengthy. Answers to many of the questions asked of employees are already on file in the EDD.

Many of IU’s problem areas were magnified during the pandemic. An estimated $20 billion has been lost to fraudulent California claims, according to EDD estimates. All but $1.3 billion of that total involved claims from federally-funded COVID relief programs, which ended last year. The response to this has made it even more difficult for valid claims to be processed.

“During the pandemic the state was under incredible pressure to cut down on fraud so the department ramped up some of its already high levels of fraud detection efforts. They took several steps that measurably and meaningfully reduced fraud in the federal program. And they should be commended for those steps. But they also took steps that really slowed down the process for otherwise eligible workers and led to these delays.”

In response to the report, the EDD released a statement where they acknowledged changes needed to be made.

“EDD appreciates and will carefully review the LAO’s ideas for further simplifying processes and speeding up the delivery of services to Californians. Many of these ideas, such as limiting improper claim denials and minimizing delays, have been incorporated into EDD actions over the past year. As part of California’s commitment to improving EDD’s customer service, the recently-enacted state budget includes $136 million for EDDnext, a major effort to modernize EDD and further improve the customer experience … We agree with the LAO that “EDD must balance the need to prevent fraud … with the priority to deliver payments in a timely and easy manner.”

While Alamo concedes that some of the reported changes the EDD plans to make will help, he also believes that a large number of the recommendations made in the report go beyond the steps the department has proposed to take.

“The pressure really is on now to begin those efforts so that some of these improvements are in place the next time millions of workers turn to EDD for UI benefits during the next downturn. And if historical precedent tells us anything that’s going to be within 10 years. The clock starts ticking and there really is not a lot of time that the state or the legislature can wait before undertaking some of these improvements,” Alamo said.

The IVN Digital Daily is a daily e-newsletter that keeps the news and information you’re most interested in at your fingertips. We compile the latest and trending news stories in politics, business, sports, technology and entertainment at the local and national level from a variety of sources.