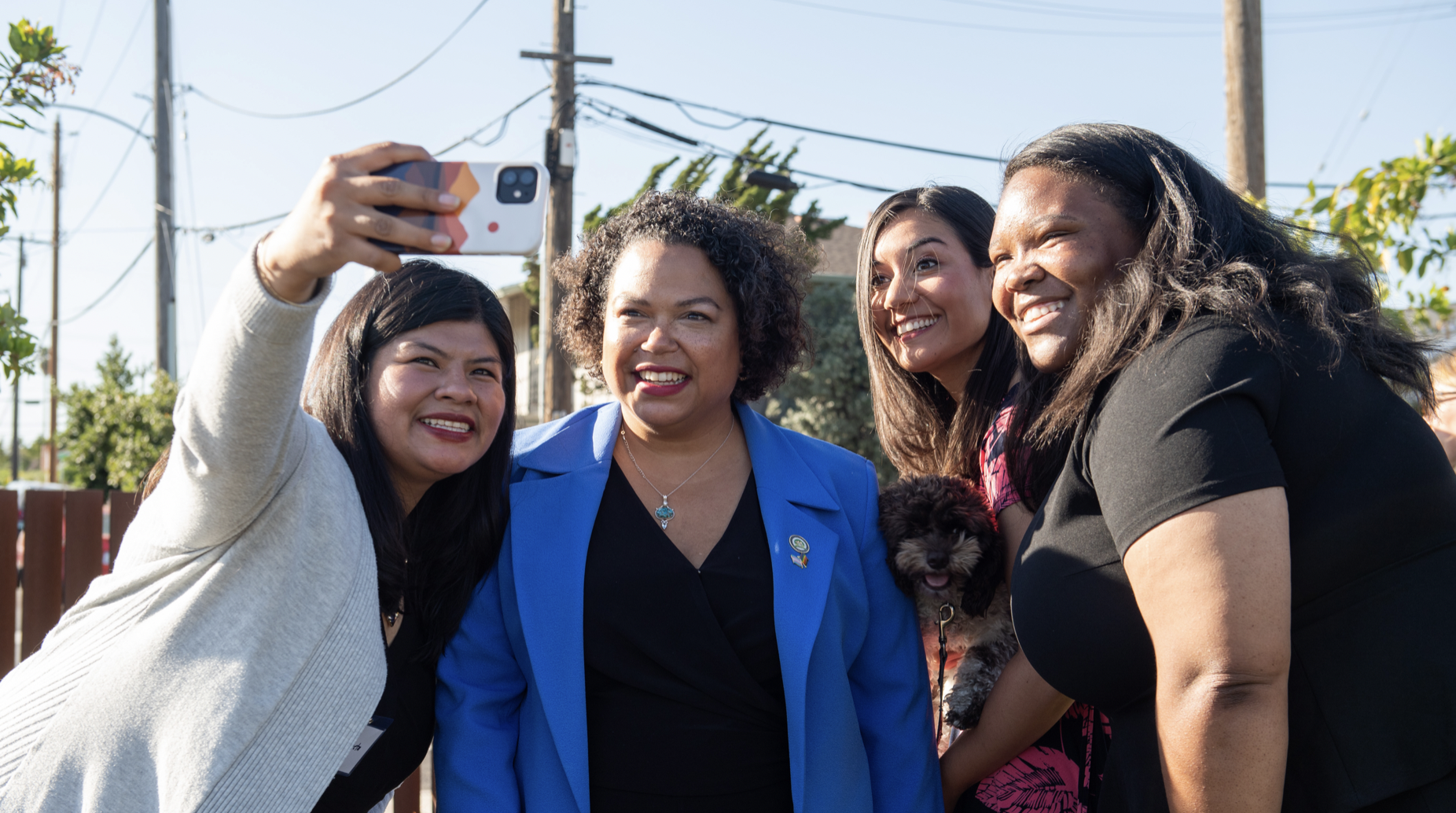 As Hispanic Heritage Month comes to a close, California Black Media writer McKenzie Jackson takes a look at the lives and accomplishments of some people of Hispanic heritage in California.

Dayane Mendoza Solis considered throwing her hat in the ring for a trustee seat on the Sonoma Valley Unified School District’s board in the upcoming November election.

The 28-year-old accountant, a graduate of the Wine Country’s public school system, says more Latino representation is needed on school boards and in government, more broadly.

In the end, Solis decided not to run. Instead, she chose to focus on her budding career as an accountant. Still, Solis said, she would like to see more Latinos in prominent positions across the Golden State.

“People were so happy to know that I, a Latina, was ready to step into a leadership role,” said Solis, an admirer of New York Congresswoman Alexandria Ocasio-Cortez. “More Latino leaders are needed to step up and guide younger generations because there are so many people of Mexican and other Latin American descents in California.”

Solis hopes Hispanic Heritage Month, which runs from Sept. 15 to Oct. 15, shines a light on that.

“The Latino community is made up of hard workers, who are willing to thrive and help others in need,” Solis told California Black Media (CBM). “We have a strong presence in the state.”

cultures, contributions, and extensive histories of the U.S. Latino community, the second largest racial or ethnic group in the country.

Assemblymember Mia Bonta (D-Oakland) says the occasion is an opportunity to acknowledge and uplift the voices and experiences of Latinos in America.

“We are still living in a time and place where we need to make sure we elevate the experiences of Latinos,” Bonta who is a Black Latina (or Afro Latina) said to CBM. “Having a month dedicated to telling their stories, focusing on their legacies and the everyday heroes who make a difference is very important.”

According to the Public Policy Institute of California (PPIC), Latinos are largest ethnic group in the state. They are about 39.4% of the state’s population or about 15.7 million people. Non-Hispanic Whites are 34.7% and African Americans are 5.4% of the population.

The largest concentration of people of Hispanic Heritage in California lives in Imperial County (79.6%), which is adjacent to San Diego County along the southern border of California. Latinos make up 48% of Los Angeles County’s population and over 50% of the population in San Bernardino and Fresno counties. One in every four Hispanic American call California home.

Among Latinos in California, Mexican Americans account for the largest number of people of Hispanic origin in the state (30.7%) followed by Hispanics originating from the Caribbean (0.8%) and people of Central American descent (3.0%).

Throughout California’s 170-year history Latinos have contributed to every aspect of life including agriculture, construction, entertainment, health care, hospitality, sports, and politics. In fact, people of Hispanic Heritage have been living in California since the 1600s, according to some reports.

The economic impact Latinos have on the state and nation was celebrated at the L’ATTITUDE conference from Sept. 22-25 in San Diego. The event allowed Latino professionals to network and share ideas. It attracted business and political leaders and celebrities like former President Barack Obama and Cuban American singer Gloria Estefan.

Obama said, “Success of the country economically is going to depend on how well the Latino community does and other quote unquote minority groups because they’re growing in importance and in strength.”

Alex Padilla, who became California’s first Latino U.S. Senator when Gov. Gavin Newsom appointed him to replace Vice President Kamala Harris, appeared at L’ATTITUDE for a conversation titled “Public Policy Imperatives for the 21st Century America.” Padilla, the son of Mexican immigrants, introduced the Senate bill, “The Renewing Immigration Provisions of the Immigration Act of 1929” to expand a pathway to permanency for millions of long-term U.S. residents three days after the event.

According to PPIC, one-fourth of the undocumented immigrants in the United States (between 2.35 and 2.6 million people) live in California.

The Senate bill Sen. Padilla introduced would allow an immigrant to qualify for lawful permanent resident status if they have lived in the U.S. continuously for at least seven years before filing an application for lawful permanent resident status and are of good moral character. It provides a pathway to a green card for up to eight million people.

The undocumented individuals covered in Padilla’s bill after they become citizens, potentially would contribute about $83 billion to the U.S. economy annually and about $27 billion in taxes according to FWD.us, a bipartisan political organization advocating for immigration reform.

According to Padilla, America’s outdated immigration system is holding back the economy and hurting an unnumberable number of individuals.

“This could have a profound impact on millions of immigrants, some who have been living, working, and contributing to the United States for decades, by allowing them to live freely without the fear of an uncertain future,” he said.

One immigrant the Padilla bill could help in the future is Yenny Soto, a 31-year-old immigrant from Venezuela. Soto crossed the Arizona border last December. She spoke with CBM about her odyssey from Panama to the U.S.

Soto’s journey included multiple plane and bus rides before she and nine other Latin Americans entered the U.S. The band walked through crop fields and barren lands until they met with a group of around 50 other migrants fleeing unstable countries like Cuba, Nicaragua, and Venezuela. Seeking asylum, they called law enforcement and were all arrested.

Soto was held in the custody for over a week and after being assigned a court date for her asylum plea, she landed in New York City where she has been working as a waitress and bartender in clubs and restaurants.

“I knew I had to come and work a lot since I had been told the American Dream was to work and work,” said Soto, who jokes about becoming U.S. president one day.

Ninety-nine percent of Hispanic immigrants in California come from Latin America, with 77% coming from Mexico.

“Families are moving to find a better life,” she said. “Mexico, in particular, has a lot of violence.”

However, Bonta said it is a misconception that immigration concerns are exclusively about Latinos. She said California’s Latino community is not monolithic.

“There is very diverse Latino community — from Central and South America, the Caribbean and people that have been in California for generations,” said Bonta. “Latinos have an incredible history of contributing to the economy of the state.”

“I think it’s beautiful that it is being celebrated — our diversity, our cultures,” she said. “I find it innovative, but at the same time I would like everyone to question what they are celebrating. Are they going to take the time to learn about Latino cultures? Are they going to make an effort?”

“This publication/project was supported in whole or in part by funding provided by the State of California, administered by the California State Library.”