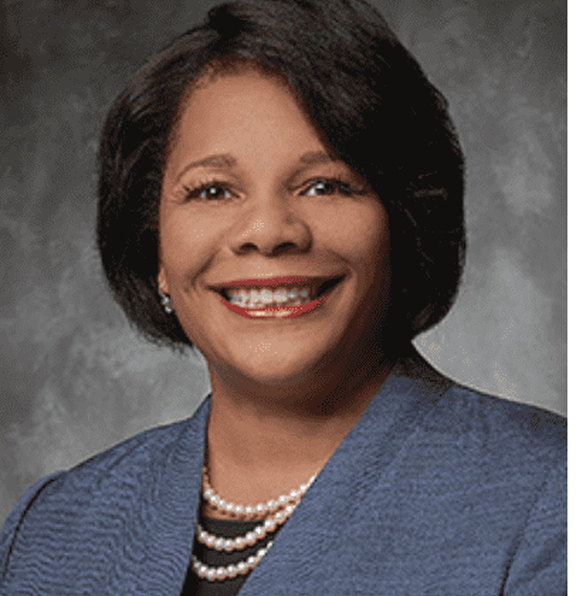 Nationwide — Ramona Hood is the first Black woman to be named CEO of a FedEx company.

Hood has worked for the Ohio-based company since 1991 when she was a 19-year-old single mother in need of a full-time job while she went to school at night. She started out as a receptionist working from 8 a.m. to 5 p.m. for Roberts Express, which later turned into FedEx Custom Critical.

“I just wanted a schedule that would be consistent,” Hood told The Commercial Appeal.

Hood worked her way up to various leadership roles. Prior to her promotion as CEO, Hood was the vice president of operations, strategy, and planning. She was selected to be president and CEO last month, succeeding Virginia Addicott who retired. Addicott pushed for Hood to replace her.

Her promotion as CEO marked a historic first for the shipping giant.

“That is something we can be really, really proud of,” Shannon Brown, FedEx Express chief diversity officer and senior vice president of Eastern Division U.S. operations, told The Commercial Appeal.

FedEx Custom Critical, which operates under FedEx Logistics, offers same day and overnight shipping services. Hood said she plans to help the company become more agile in its approach to service customers, by incorporating technology and “looking at things in ways we haven’t in the past,” according to the newspaper.

Hood said she is grateful for the wide range of experience she has received at FedEx Custom Critical, from her early days as a receptionist to roles that later included operations, safety, and sales. She said this enabled her to see how everything worked together.

Hood started a pilot program in the early 2000s that allowed employees to work from home – way before it was popular to do so.

“At that time, it was not common to have call centers where you would have individuals working from home,” she told The Commercial Appeal. “I looked at our processes and the technology that we had, and I realized nothing was preventing us from that.”

While working at FedEx and juggling life as a single mom to daughters, Mariah and Kayla, Hood earned a business management degree from Walsh University and an Executive MBA from Case Western Reserve University.

Since being named CEO, Hood has implemented “Ramona Roundtables,” where she listens to small groups of employees. “The next thing I’ll be doing is going out and spending time with customers and independent contractors,” Hood told The Commercial Appeal. “I’m defining that as my ‘listen and learn tour.’”

She will oversee the strategic direction of the company and its executive leadership team. She strives to push diversity efforts within the company forward. “It is that level of intentionality that you have to have,” she said in a statement, according to Cleveland.com. “I now have a team that has no women on it. I have one African American man. As I add positions to the team, I need to focus on the diversity I’m talking about.”

Hood’s appointment comes at a time where there is a need for more racial representation in the C-suite. According to a study conducted by McKinsey & Company, only 1 in 25 executive leaders is a woman of color.