Prop 15 Do-Over? Measure Calling for Commercial Tax Increase May Show Up on 2022 Ballot 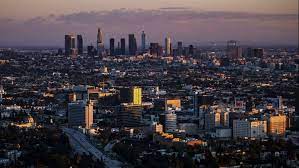 Statewide — A request for a ballot measure called the “Housing Affordability and Tax Cut Act of 2022” has been submitted to the California Attorney General’s office. If supporters of the constitutional amendment meet all requirements and collect enough signatures to qualify it, the proposition could appear on the November 2022 general election ballot.

It is a tax code arrangement that some critics say results in the loss of billions in revenue for the state each year.

The motivation behind the measure, its supporters say, is to create streams of new state revenue that could be used to combat the state’s housing availability and affordability crises.  Among other things, the measure calls for an increase of the tax exemption for eligible California homeowners and a tax relief for renters.

Stanley R. Apps, proponent of the measure, says he intends for the proposition to code into law a substantial property tax exemption for homeowners. In the ‘Purpose and Intent’ section of the proposal, it states, “Since 1972, homeowners have only received a $7,000 property tax exemption, even though the median home price has grown from $28,660 to over $700,000. An increase in this exemption is long overdue. This Act will increase the exemption to $200,000.”

The proposed increase would save most homeowners nearly $2,000 in taxes per year, making housing more affordable for middle and working-class families.

Section 5 of the ballot measure’s language specifically proposes that all property in the state, including commercial real estate, be taxed at a rate that is based on “fair market value.” It also calls for an annual surcharge on all property worth $5 million or more.

If this measure sounds familiar, you may be thinking about Proposition 15 which appeared on last November’s ballot. The proposition also calls for a commercial property increase. California voters rejected the measure.

Prop 15 was drafted in response to Proposition 13, which passed in 1978 and set the current precedent for commercial taxing rates in California.

Critics say Prop 13 led to a 60% decrease in property tax revenue collected by local governments the year after the proposition was passed. Prop 15 would have called for owners of commercial property of a combined value of over $3 million to pay property taxes based on the current value while protecting owners of property under $3 million and owners of agricultural and residential property.

Those opposed to Prop 15 argued that most of the proposed tax burden would fall on renters of the property instead of the owners themselves due to clauses in lease agreements.

The new 2022 act has raised the value to $5 million for the adjusted taxes to take affect and also includes clauses that mandate property owners must take responsibility for the new taxes and may not pass the burden down to tenants.

Although, opponents of the Housing Affordability and Tax Cut Act of 2022 make direct comparisons between it and Prop 15, one distinction between the two proposals that stand out is that the new initiative focuses on housing. Taxes raised from Prop 15 would have supported public education.

Institutions that opposed Prop 15 are prepared to mobilize once again to fight against the new measure. In a press release from the California Business Roundtable, President Rob Lapsey issued this statement in response to the proposal.

“The voters of California already made their position on higher taxes clear last year when they defeated Proposition 15, the largest property tax increase in California history. Today, all Californians continue to pay the highest cost of living while businesses are struggling with a sluggish recovery, a crippling labor shortage and a new tax increase to pay off the massive state-created debt in the Unemployment Insurance Fund. While California needs housing reforms to increase supply and improve affordability, a huge tax increase on homeowners, small business owners and renters is not a solution. We are ready to mobilize our broad coalition to once again defeat this measure in 2022.”

Read the Housing Affordability and Tax Cut Act of 2022 in its entirety.