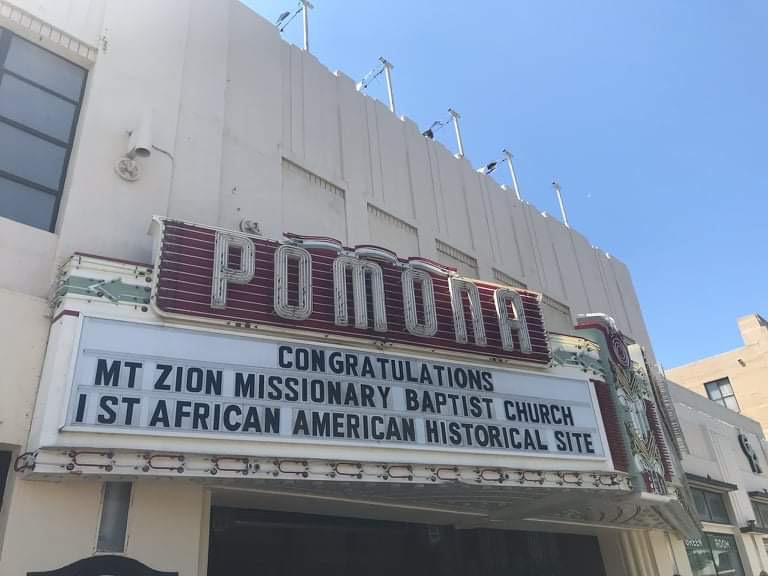 Thanks to the efforts of Gary Lett, a Pomona resident, a local church has been designated an African-American historical monument.

The decision was officially made at last month’s city council meeting. The Pomona City Council voted to approve making the property at 841 S. Main St., a historic landmark.

“The application was submitted with documents demonstrating that the structure is at least 50 years old and meets at least one of the criteria for designation, as is required by the City’s Historic Preservation Ordinance, Zoning Ordinance Section .5809-13-D. The property was constructed in 1923 and is associated with events that have made a significant contribution to racial equality in our local, state, and federal history including the repeal of laws openly establishing racial segregation,” according to a City Council report.

Lett first started doing research about the project when he was handed a binder full of information about the church.

The binder contained clippings about the history of the church. This inspired Lett to do more research on the project.

According to Lett, the apex of the African-American community in Pomona was in the 1970s.

Through his research, Lett discovered the church was founded in 1923 at a time when Pomona had a population of 20,000. Only eight of those people were African-American.

According to the city council documents, the growth of the Black community was hampered by discrimination in lending and housing policies that were common at the time.

“The small number of Black families who settled in Pomona is significant in that following the Great Depression, upon the formation of the Federal Housing Administration (FHA) in 1934, the FHA only contracted with real estate brokers who refused to sell properties to Black families, and refused to insure mortgages in and near black neighborhoods,” according to the report.  “In addition, the FHA rejected proposals for housing projects that might house Black families or otherwise threaten integration, furthering segregation efforts. These efforts became noted as ‘redlining,’ due to the use of color-coded maps of metropolitan areas designed to indicate with red were to not insure mortgages. It is reasonable to conclude that the housing shortage for Black families occurring nationally during this time period extended to the City of Pomona and that the small number of Black families who settled in Pomona, a predominantly White community, faced significant systemic and societal hardships in order to establish a community large enough to support a church.”

From his research, Lett also discovered that the church was active in the civil rights movement, and several members of the movement visited the church.

He also said that most significant part of the church’s new designation is it means that it cannot be gentrified.

While initially established as a Baptist church, the church has gone to several denominations. It is now the home of Greater New Foundation Fellowship Church.

A lot of parishioners were involved in the national civil rights movement, said Lett.

He also added that one of the pastors, Rev. A.L. Thomas, went to Washington, D.C. and met with Dr. Martin Luther King to talk about the civil rights movement.

“According to the Pomona Progress Bulletin, a local newspaper, the NAACP local Pomona Valley chapter regularly held meetings at Mount Zion Church from the early 1950s to the late 1960s during the United States Civil Rights Movement,” said the city council report.