Opinion: When the Dems Win, Gov. Newsom Must Pick an African American to Replace Kamala Harris 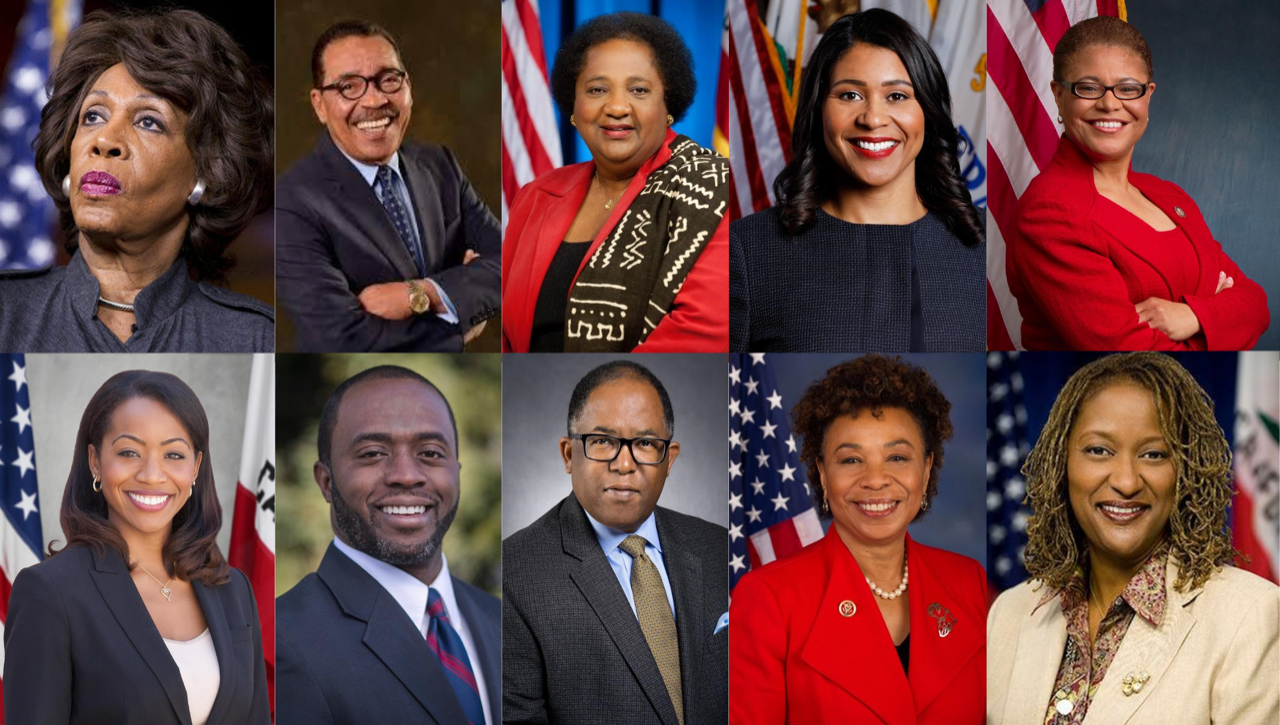 By: Hardy Brown, A Special to California Black Media

U.S. Senator Kamala Harris, the first Black woman to serve on a major party’s presidential ticket made history last week when Joe Biden, the Democratic Party’s presumptive nominee, announced that she would serve as his running mate.  While much of the national and local news centered around the selection of Senator Harris, California political insiders were having a different conversation. Almost immediately after Biden’s announcement, the politicos in the Golden State began formulating predictions on who Gov. Gavin Newsom would select to serve the balance of Senator Harris’s term in the U.S. Senate, which ends in January 2023.

The opportunity to see the celebrated rise of a member of another ethnic minority, whether it be the Latino community, API community, or other group, should not come at the expense of California’s Black community.

Political insiders in Sacramento report that Newsom is already being pressured by outside groups to make history by appointing a Latino to replace Harris.  With close to 40% or more of the state population being Latino, the governor will be under pressure to deliver to such a large constituency.  However, according to some capital insiders and news reports, discussions have already been had with the governor to appoint California Secretary of State Alex Padilla to the U.S. Senate, should Sen. Dianne Feinstein decide to retire before her term ends in 2024.

Black women and men have poured decades of work, blood, sweat, tears and sacrifice into the Democratic Party, and Gov. Newsom must recognize that. Black voters are not the Democratic Party’s mules; they should not have to put the histories of other groups’ oppression on their backs and step aside so someone else can walk through the political door that Senator Harris has opened. To prevent what would be a consequential snub, the Governor should be intentional about acknowledging the important role that Black people have in California politics, and the trail that has been blazed by Kamala Harris, by choosing among California’s Black elected officials to replace her in the U.S. Senate. Fortunately, California has an impressive list for the Governor to consider:

Congresswoman Barbara Lee.  Congresswoman Barbara Lee (D-CA-13), former Chair of the Congressional Black Caucus and the Congressional Progressive Caucus, was an early supporter of Gov. Newsom and is beloved by her Bay Area constituency.  Though she is in her 13th term as a Congresswoman and may not want to give up the seniority she’s earned in the House, Lee would garner support from progressives and African Americans statewide, and be a force in the U.S. Senate.

Congresswoman Karen Bass.  It is likely that Governor Newsom has already added Representative Karen Bass (D-CA-37) to his shortlist of candidates to fill Senator Harris’s seat.  A 10-year veteran in the House of Representatives, Congresswoman Bass, the current Chair of the Congressional Black Caucus and former Speaker of the California Assembly, possesses both the leadership skills and the acumen to serve in the U.S. Senate in this historic moment.

Congresswoman Maxine Waters. Affectionately called “Auntie Maxine” by fans from all backgrounds and ages, Congresswoman Maxine Waters (D-CA-43) has been a member of the U.S. Congress for almost 30 years. She is both loved and loathed for her no-nonsense, in-your-face politicking and sharp criticism of political opponents, including Republican Presidents George W. Bush and Donald Trump. Waters served 14 years in the California Assembly before being elected to the U.S. House of Representatives, where she is the current chair of the House Financial Services Committee.

Superintendent Tony Thurmond.  Tony Thurmond became California’s State Superintendent of Public Instruction after successfully defeating a well-funded opponent statewide.  Prior to this position, he served as a state Assemblymember, a member of the Richmond City Council and a member of the West Contra Costa County Unified School District.  Superintendent Thurmond has enjoyed national attention in the wake of COVID-19 with innovative plans to initiate distance learning and to reopen public schools.

Board of Equalization Member Malia Cohen. Board Member Malia Cohen, a native of the vote-rich Bay Area, is no stranger to Gov. Newsom and is a tested and proven viable statewide vote getter, having garnered 72 percent of the vote in her 23-county Board of Equalization District, representing over 10 million Californians. She was elected the first Black woman to Chair the BOE, which administers the $70 billion property tax system. Prior to her election to Constitutional Office, BOE Chair Cohen served two terms on the San Francisco Board of Supervisors and as President of the Board.

State Senator Holly Mitchell.  Senator Holly Mitchell (D-Los Angles), who serves as the Chair of the California State Senate Budget Committee, is one of the most well respected, and powerful policy makers in California.  Senator Mitchell has developed a close working relationship with Gov. Newsom which has served the state well. They have pursued policies that align with their respective agendas on homelessness, criminal justice reform, early childhood development, seniors etc.

Assemblymember Shirley Weber.  Assemblymember Shirley Weber (D-Sam Diego) serves as the Chair of the California Legislative Black Caucus.  She is one of the most effective and respected policymakers serving in the California legislature.  She passed landmark legislation establishing a new reasonable force standard in the wake of the death of Stephon Clark by Sacramento law enforcement officers.  This year she championed the Assembly Constitutional Amendment 5, which placed on the November ballot Proposition16. If voters approve, Prop 16 would overturn anti-affirmative action Proposition 209, which passed in 1996.

Mayor London Breed.  Mayor London Breed, the first African American woman to serve as Mayor of San Francisco, made a splash on the national political stage this year because of her pro-active response to the COVID-19 pandemic.  Prior to serving as Mayor of San Francisco, Breed served as the President of the San Francisco Board of Supervisors.  Breed, who was appointed to the San Francisco Fire Commission by then-Mayor Gavin Newsom, enjoys a close working relationship with the governor and has the experience of running a major metropolitan city.

When coming up with this list, I did a poll check and talked to both young and older veterans in the political space.

Danny Bakewell, publisher of the Los Angeles Sentinel and producer of the largest Black festival in California, ‘Taste of Soul,’ said, “at a time that we say Black lives matter, Black people must be considered for this and other positions.

Gov. Newsom has been confronted with a plethora of difficult decisions in 2020, ranging from the management of COVID-19 to balancing a budget in the middle of a severe recession.  After the general election, if the Democrats win, the Governor would be charged with an equally important decision — who to choose to serve out the remaining two-and-a-half years of Senator Harris’s term. Our advice to the Governor is to be thoughtful in his deliberations and understand that his decision will speak very loudly to Black communities throughout California and the nation.

Hardy Brown is Publisher Emeritus of the Black Voice News in Riverside and Founder of California Black Media.