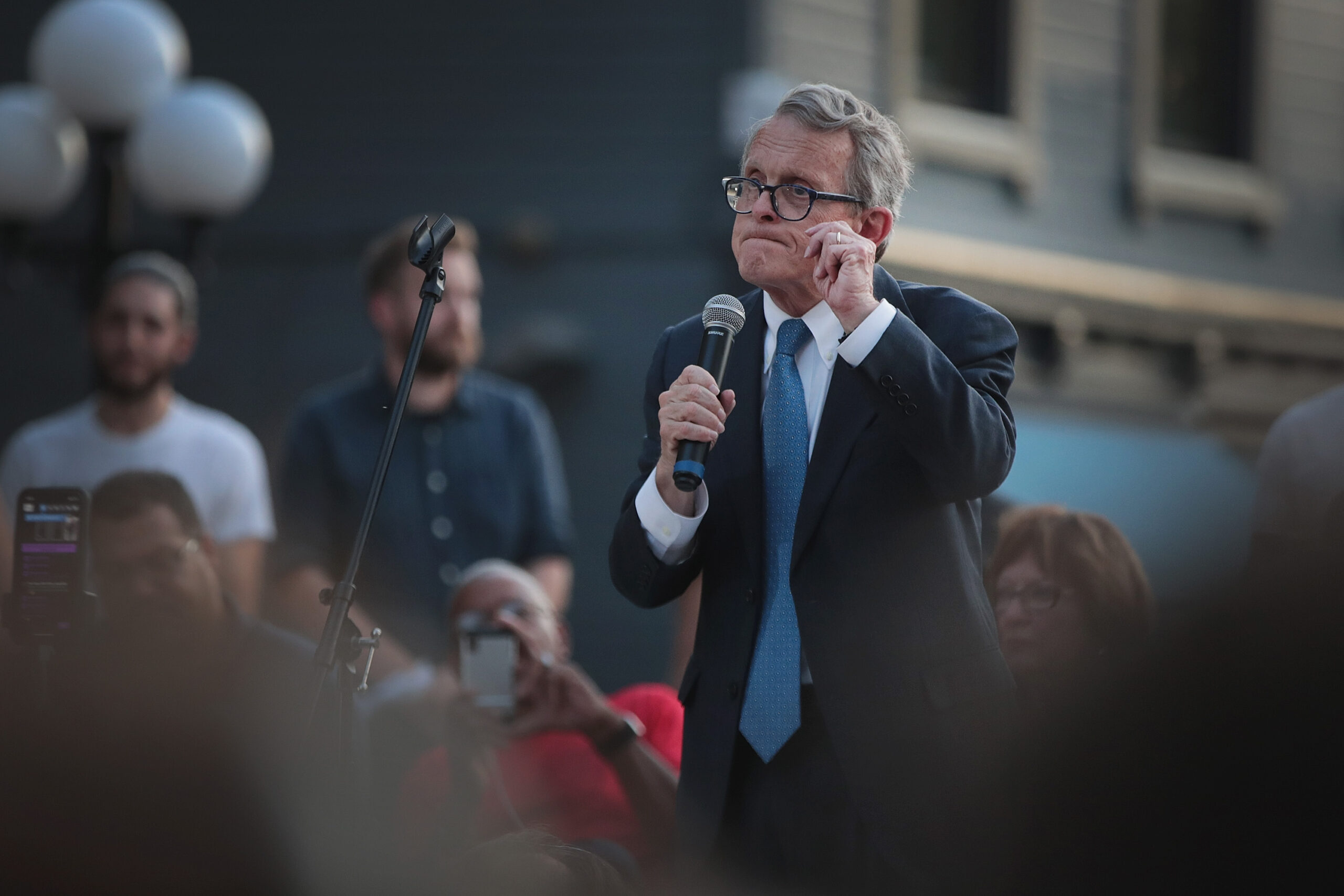 For some reason, Republicans in Ohio thought that the proper response to 2019’s mass shooting in Dayton was to make it easier for people to legally shoot each other. Despite previously indicating he may veto the bill, Ohio’s governor signed a “Stand Your Ground” bill into law on Monday.

SB175, a bill obviously backed by state Republicans, removes the “duty to retreat” according to NPR. Essentially, if a gun owner is faced with a dangerous situation they no longer have to make an effort to remove themselves from it before using lethal force. Ohio’s Republican Governor Mike DeWine had previously indicated that he would veto the bill if it didn’t include certain “common sense” gun reforms.

“I have always believed that it is vital that law-abiding citizens have the right to legally protect themselves when confronted with a life-threatening situation,” DeWine said in a statement. “I am very disappointed, however, that the legislature did not include in this bill the essential provisions that I proposed to make it harder for dangerous criminals to illegally possess and use guns.”

Instead of being disappointed, he could’ve simply not signed the bill. I’m just saying; it’s that easy. He’s the governor, for fucks sake.

In 2019, a mass shooting took the lives of nine people and injured at least 27 others in Dayton. According to CBS News, DeWine and Dayton Mayor Nan Whaley (D) agreed to work together to pass gun reform laws in the wake of the shooting. DeWine urged Republicans in the state legislature to hold off on pushing “Stand Your Ground” legislation and instead focus on a series of proposals of what he dubbed “common sense” gun reforms.

Among his proposals were to raise penalties against violent offenders caught with guns, expand the ability for courts to confiscate firearms, and improve the state’s background check process.

After that “STRONG Ohio” bill faltered in committee, DeWine suggested in late December that he might veto “Stand Your Ground.”

“I made my position very clear that we should not be taking up bills like that, when we have bills that have been in front of the legislature for a year where we have really the opportunity to directly save lives,” DeWine told reporters at the time.

“Stand Your Ground” has long been a priority for gun rights groups in Ohio.

Whaley had strongly advocated that DeWine follow through on his threat to veto the bill, saying that its passage would simply make Ohio a much more dangerous place for Black and brown residents. She’s not wrong. Just look at Florida, where Trayvon Martin and Markeis McGlockton were fatally shot by men “standing their ground.” Simply having a Black body and being in a white neighborhood is enough for some white folks to feel threatened.

Whaley released a statement critical of DeWine, tweeting “Gov. DeWine came to our city and stood on stage for a vigil for our murdered friends and neighbors, and then told us he stood with our community in our fight against gun violence. Now it seems he does not.”

Whaley was not alone among Ohio Democrats expressing their disappointment with the governor’s actions. State Sen. Kenny Yuko of Cleveland tweeted “This is not what people meant when they asked us to ‘do something’ last year after the deadly mass shooting in Dayton.”

State Rep. Emilia Sykes of Akron let the chopper spray as only a Black woman can, tweeting that DeWine was “a coward” as “only cowards would pass and sign a bill that has been proven to disproportionately harm Black people.”

“The blood of the lives lost from the signing and passage of this bill rest solely on those who supported it,” she added.

Photo Caption: Ohio Governor Mike DeWine speaks to mourners at a memorial service in the Oregon District held to recognize the victims of an early-morning mass shooting in the popular nightspot on August 04, 2019 in Dayton, Ohio. The governor was met with shouts of “Do something” from the crowd. Photo: Scott Olson (Getty Images)