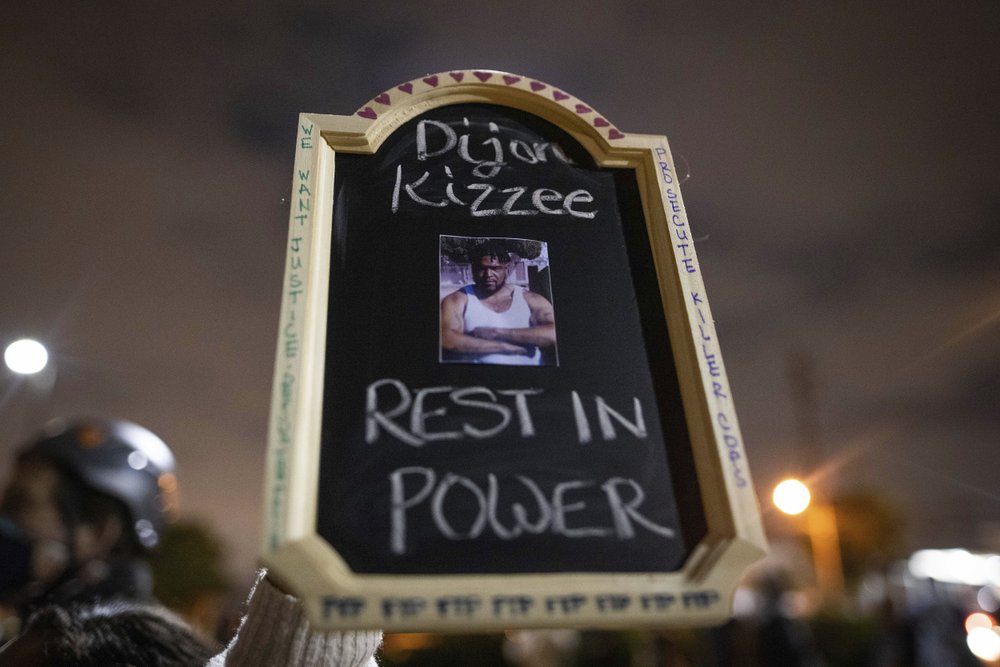 LOS ANGELES (AP) — A Black man who deputies said was stopped for riding his bicycle in violation of vehicle codes was fatally shot when he dropped a bundle of items that included a gun, authorities said, setting off a protest march to a nearby sheriff’s station in Los Angeles.

Dean said investigators had not yet interviewed the two deputies, but he gave this account: When deputies tried to stop the man, he dropped his bike and ran. When they caught up to him he punched one of them in the face and dropped a bundle of clothes he was carrying. The deputies spotted a handgun in the bundle and opened fire.

“He was in possession of a firearm and did assault a deputy,” Dean said.

Family members at the scene identified the dead man as Dijon Kizzee, 29, CBS-Los Angeles reported, but the sheriff’s department said it could not immediately confirm his identity.

Police say the handgun was recovered and no deputies were injured. TV news helicopters showed a gun near the body.

Protesters gathered and more than 100 people marched to a sheriff’s station. Some chanted “Say his name” and “No justice, no peace,” the Times reported.

Neighborhood resident Arlander Givens, 68, questioned why deputies fired at a man who, according to the sheriff’s official, wasn’t holding a weapon.

“If he reached down to grab it, that’s different,” Givens told the Times. “But if it’s on the ground, why shoot? That means he was unarmed.”

Dean, in a Monday afternoon press conference, said investigators had not yet interviewed witnesses or reviewed any surveillance or cellphone video.

“Give us time to conduct our investigation,” he said. “We will get all of the facts of this case and eventually present them.”

The Los Angeles County Board of Supervisors is set to vote Tuesday to fund a body-worn camera program for the sheriff’s department. Sheriff Alex Villanueva has feuded with the supervisors in recent months and repeatedly called on them to approve the money for the body cameras.

This story has been corrected. The dead man’s reported surname is Kizzee, not Kizee.