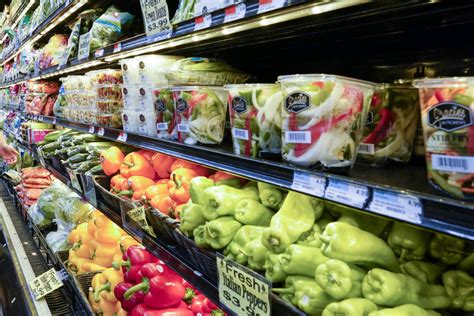 The Associated Press The Agriculture Department on Thursday issued new requirements for foods labeled organic, a move aimed at cracking down on fraud and boosting oversight.

The rule strengthens enforcement of the USDA’s strict definitions of organic, which must rely on “natural substances and physical, mechanical or biologically based farming methods to the fullest extent possible.”

The Organic Trade Association, which lobbied for rule, said it represents the biggest change to organic regulations since the creation of the USDA organic food program.

OTA officials said in a statement the regulation “will do much to deter and detect organic fraud and protect organic integrity throughout the supply chain.”

Sales of organic foods in the U.S. topped $63 billion in 2021, according to OTA, with consumers willing to pay top dollar for products free of pesticides and other contaminants.

Fresh produce, grains and other foods are vulnerable to fraud. This month, Department of Justice officials issued indictments in a multimillion-dollar scheme to export non-organic grain to the U.S., to be sold as a certified organic product.

The new rule takes effect in March and companies will have a year to comply with the requirements.