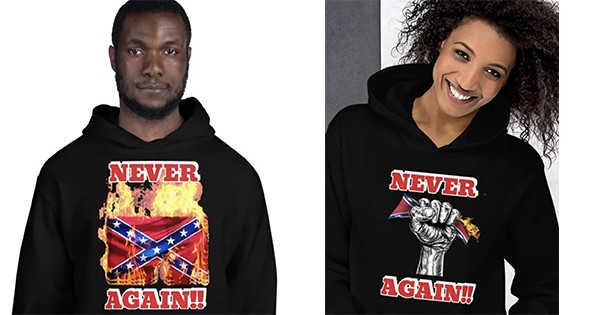 Nationwide — For years many African Americans have been deprived of learning their real history and how systematic racism has played a significant part in our lives for over 400 years. We have relied on a system that has enslaved us to tell the real stories of violence, race, and generations of injustice, whether it was in schools, churches, or courtrooms. For years, advocate researchers tried to tell the stories of the atrocities that African Americans have experienced and they were always told that these stories were too dark to tell.

In 2019, researchers from 2 Dark 2 Tell traveled to Shubuta, Mississippi, and researched the infamous hanging bridge where several African Americans were hung, which two pregnant sisters and four young men were hung from the bridge in 1918. They arranged a meeting with an 88-year old man who was one of the last people to know about the lynching of Ernest Green and Charles Langley in 1948. When they walked into the restaurant where the meeting was to take place, the elderly gentleman stood up and walked out saying “that was a long time ago and I don’t want to talk about it.” They felt compassion in their hearts for the elderly gentleman, which one researcher stated, “It’s sad that he is going to die fearing something that we would’ve protected him from.”

More and more African Americans are now starting to know their real history and most have experienced systematic racism one way or another. 2 Dark to Tell’s goal is to teach everyone not only African Americans but also the world about African American history through their T-shirt clothing line. These T-shirts tell the stories about the first black car manufacturer C.R. Patterson, photos of Bryant Grocery where a white woman lied on the young Emmett Till, news articles of Black babies used as alligator bait, lynched bodies of 14-year old Ernest Green and Charles Langley, and photos of the Confederate flag burning stating, “Never Again.” There are a variety of t-shirts along with hoodies and long sleeve shirts that are available on the website as well and they will tell and show the stories of Black America from the past to the present.

2 Dark 2 Tell has chosen to share their research and knowledge with anybody who wants to be educated on the 400 years of the African American experience in America. They truly commend Black Lives Matter and everybody who are taking a stance against racial injustice and systematic racism.

They were not surprised when the NFL blackballed Colin Kaepernick because as one of their researchers stated, “We have to remember some of these franchise owners of the NFL are the product of the so-called last generation of segregation, and everything that was taught by their ancestors is still in their hearts and some of them even played on segregated college football teams, which is why it’s important for us to all know our history.”

They also have T-shirts commemorating blues and innocent inmates convicted of crimes they did not commit. The company feels as though everyone should be treated with equality, even if you have once made mistakes. For example, many African Americans felt the pain of Otto Warmbier begging for his life in North Korea as he was sentenced and treated so harsh that led to his death, which white Americans were outraged at Kim Jong Un regime, but 2 Dark 2 Tell wants that same unity as Americans for unarmed Black men and women killed by law enforcement here in America.